Have you met Rainbow Dash?

Bunny is completely obsessed with Rainbow Dash – she loves pretending to be Dash, she loves recreating scenes from the My Little Pony Friendship is Magic series with her figurines, she thinks Rainbow Dash is the best friend ever and sleeps under her bed. So of course i’d been contemplating making her a costume to add to her dress up box, and help with her pretend play. Girls NEED dress ups!

Then a few weeks ago one of Bunny’s sweet friends from school invited her to a super hero birthday party – i asked Bunny who she’d like to be – and of course, she answered Rainbow Dash. I was a little skeptical as to whether Rainbow Dash fit the criteria of a super hero – but after Bunny explained that she performed all the necessary superhero functions (ability to fly, saving friends, general awesomeness etc), i realised this was the perfect opportunity to make her a Rainbow Dash outfit.

This costume took hours. I wouldn’t do this for anyone other than my little darlings – because seriously, wow. so much work!

It’s made of a few components: hoodie sweater with mane and ears, wings with shoulder straps, tail belt and leggings with cutiemark. I wanted to photograph them all lying flat so you can see each piece, but between the washing pile, dress up box and what Bunny is currently wearing – it’s time to admit that’s just never going to happen! i should have done it the second i was finished sewing hehehe

I would love to claim that this idea was totally original – but it’s not – its an adaptation of both of these gorgeous costumes by Craftiness is Not Optional and Sugar Tart Crafts. I’m incredibly grateful that these girls had already fleshed out the idea and i didn’t have to come up with it all from scratch! But of course, i made a few changes to fit our life a bit better. Fleece isn’t really a great idea in Perth, i mean i can only imagine it would get worn once on our coldest day maybe? So i went for tshirt fabric for the hoodie and leggings – figuring that leggings are a wardrobe staple in this house, and the sweatershirt sleeves could easily be cut to be a tshirt with hood for summer, thereby lengthening the months of the year she can play with it. I wanted the wings and tail to be removable for easy play and storage.

The wings are created with some sheet plastic that i covered with the same jersey, and they have shoulder straps so she can pretty much wear them with anything and everything (which she does). I’m very aware of how rough my kids play, so i made sure that the wings could fold in half easily for being shoved into the dress up box and possibly stomped on. The tail is attached to an elastic belt that is covered with the same jersey – i used super wide 2″ elastic so it would sit flat and also be strong enough to hold the epic weight of the tail.

For the hair – i differed again. I like things that wash easily, kids get dirty, especially in Australia – we’re in the dirt almost every day (ha!). So i knew wool was a bad idea, and again fleece didn’t make sense since the rest of outfit was jersey – so i used strips of jersey in rainbow colours! I really like it because the jersey curls up over time and looks more strand like, and the entire outfit is now completely machine washable yay!!

By this point, i was feeling pretty tired, so the cutiemark is simply printed on iron on transfer. Done and dusted. All the fabric i used is from Knitwit and the plastic sheet i used for the wings was from Spotlight.

The hoodie and leggings are the stock standard patterns i drafted for Bunny last year, and they still work perfectly. Here are the original posts about the patterns: hoodie & leggings. Now that she has grown they fit a little tighter, which was perfect for this costume, but i think it’s time to grade them up a size for normal wardrobe pieces.

But i think the best part is how much Bunny loves it. She sat by me for so much of the construction, and was just desperate to wear it! She’s been practically living in it since – and i’m just so completely thrilled to see her enjoying it so much. All the work is 100% worth it for that happy little smile!

She’s off to perfect her Sonic-Rainboom… 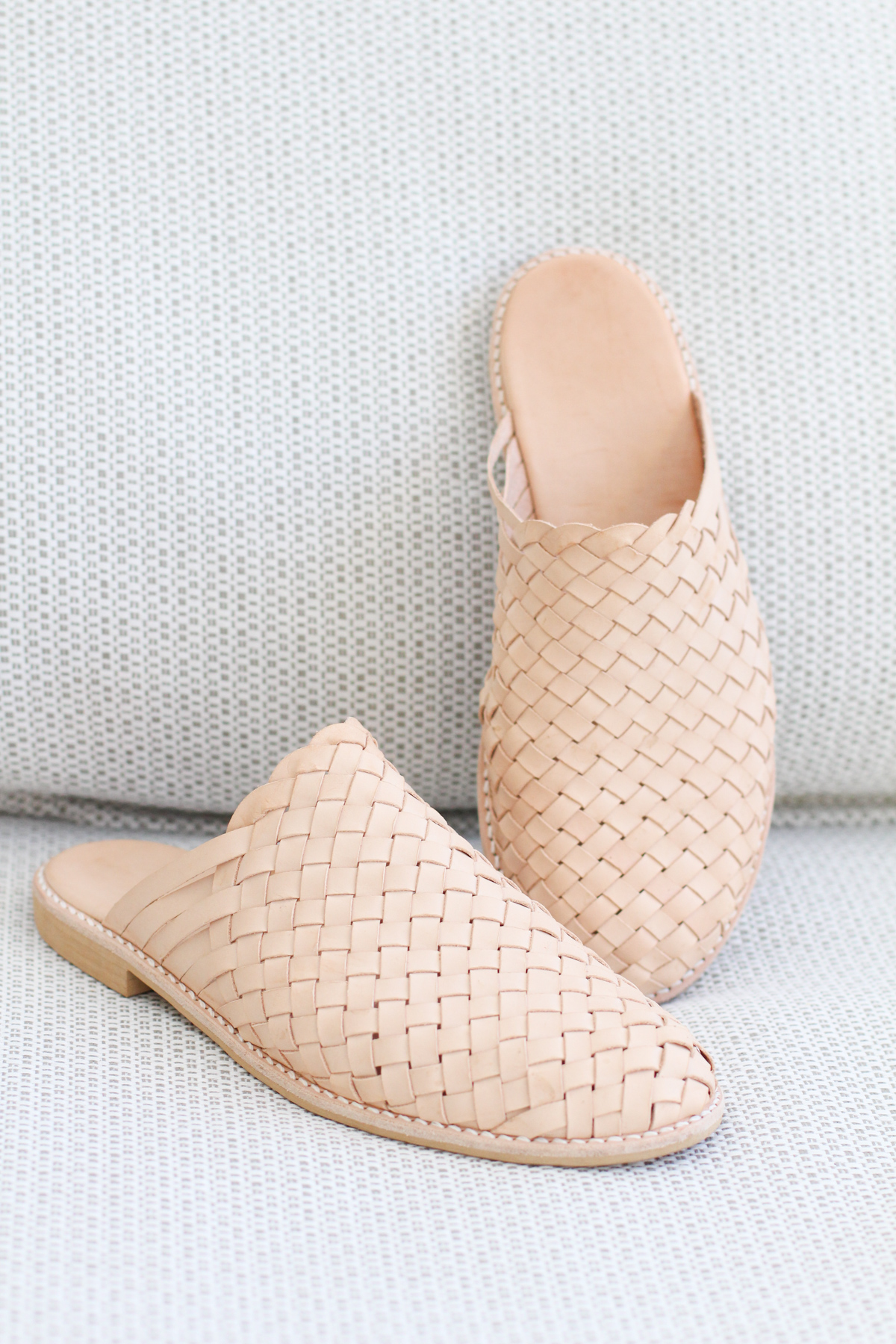 That is so adorable! I used to love my little pony, it’s surprising how popular it’s become again! You should also take a look at Suzanne from Beau Baby blog, she made an awesome my little pony costume for her little one too.

The costume is utterly adorable! I’ve been following this on Instagram and have been dying to see the finished product.

I love the resurgence of My Little Pony, I remember it well from when I was a kid.

So much work but oh so worth it. Bunny looks amazing and very happy. Kids are master negotiators these days aren’t they?

Awesome! Halo plus gold stars for you!!!

Looks amazing- what a lucky little girl! Great use of jersey and you’re right, soo much better suited to our Perth climate!

It is a work of art but the best part is the shine in Bunny’s eyes in her photo. She will remember this, always, and that makes you the BEST Mom. My daughter loved dinosaurs and elephants and she had costumes and still talks about them. Bunny’s imagination will grow and grow as she plays and acts out scenes in her lovely costume! Yeah Megan! Well done!

20% cooler!!! (literally. You know since it’s not made of fleece. Ahahaha! Sorry, I need caffeine!)

Hi Megan! You couldn’t be more right about the outfits being ridiculously labor intensive, but your version turned out beautifully! If Bunny is anything like my daughter, she’ll still be begging to wear it a year later, and that alone is definitely worth it! I’m actually working on Twilight Sparkle right now getting a Halloween tutorial ready for this year, but of course my daughter is hoping for all 6… probably No. :D

Sorry, No idea why I made that all italics. Like I said…caffeine.

I. LOVE. THIS!!!! I mean… I’m almost 30 and I want this. Like, that’s how much I love it. Playing dress ups as a kid was the ultimate most fun thing ever and ohmygod how I would have DIED to dress up like a My Little Pony!!! Seriously. Best Mom Award. Bunny looks sooo happy! You must just melt to see her bounding around as Rainbow Dash!

SOOO CUTE! what a good mummy you are! I bet she has a ball bounding around as rainbow dash. Seriously seeing your kids enjoy something and be happy makes everything we do worthwhile doesn’t it? Buddy will want a costume now too lol

MOM OF THE YEAR AWARD RIGHT OVER HERE!! This is seriously one of the cutest things I have ever seen!

Oh my gosh, that is absolutely adorable! I think the jersey strip work really well for the mane.

So cute!! She looks so happy, and Rainbow Dash is an excellent super hero :) I watched a couple episodes of MLP on a friend’s recommendation, and then kind of recommended it to my husband, and, well, now we’re kind of hooked! It revives my faith in humanity on bad days.

that is AMAZEBALLS. (and i love the detailed explanation of why superhero fits!)

My 5-y-o is also mad for Rainbow Dash. I cannot show her this blog post because she was just die of jealousy. :D Ten gold stars for you!

Wow – very impressed. I’m pinning this now to show my daughter. She’s going to flip out!

This is too fabulous! Absolutely love it! I kinda want one for myself!

holy smokes! This costume is amazing – coolest kid on the block right there!

Do you have a tutorial or pattern for the hoodie? It would be perfect for my active 6 year old daughter :)

Sorry honey i don’t – but there are two bloggers who inspired this costume (links in post) that i’m pretty sure did tutorials for how they made theirs :)

I love how adorable this turned out, and you can tell how much she adores wearing it! That first pic looks like she’s about to take off flying fueled by pure excitement! lol! I love the way you did the wings, and the mane and tail, too! Thanks for the link, also! I’m flattered! :D

Curious how did you attach the fabric to the plastic sheet?

styled: now and then