After making Bunny’s Rainbow Dash costume last year i had a feeling that making dress up costumes was about to become a large part of my life… I was right. Say hello to The Little Mermaid!!!

Here’s a little background: Bunny’s kindy class was invited to present a school assembly, which apparently was quite a big deal since all the older grades would be in the audience. Her teachers decided on an underwater theme, and asked that all the kiddos dress up as sea creatures to perform their songs etc. Of course it took Bunny all of two seconds to skip legitimate sea creatures and go right for the imaginary. I love that kid. She was really really adamant that she wanted to be Ariel, and was very specific about how she wanted her costume to look. Hilariously she turned out to be one of my more difficult customers, as we went through many MANY design concepts before she approved how she wanted it to look.

I had to make a few mom changes – because sometimes that’s a necessity – but she was so incredibly thrilled with the result. It makes me so excited to see her so happy! I know i probably went way overboard (again), but she uses her dress ups so much that i knew this one would be a fixture in her dress up box.

So should we chat details? For the tail i got really lucky and found scaley green lycra at Spotlight, and i think it really makes the tail awesome. I made it a really simple wrap style to allow free movement, and also allow her to put it on over everything and anything, and meant i didn’t have to send her to school in a skirt (the other way i could have gone). To make things even more comfy and 5 year old friendly, i made matching leggings to go underneath. I’m really happy i did it this way because she was able to wear the costume all day at school without getting uncomfortable and needing to change as some kids had to (there were, not unexpectedly, a lot of mermaids hehehe). For the top, i thought long and hard about what to do. I like to be really careful how i dress my kids, and i really did not feel comfortable putting Bunny in anything that looked like a bra top. So i simply sewed the shells onto an existing white singlet. Done and easy. Quite a few people asked why i didn’t go for skin colour, and the reason is simple. I want this to look like a childs dress up costume, i want it to be very modest and i am not looking for any kind of realism. That makes sense right? And again, as with the Rainbow Dash costume, i wanted all the pieces to be separates so they could be worn individually. I’m so glad i did this, as the kids have already discovered that the tail on it’s own makes a good fish (and Buddy can use it too, without it being “girly”).

Anyway, I am a little irritated with myself for a few things… one being the fins on the tail, which are horrendously topstitched, but after the hours spent on this i just couldn’t bring myself to redo (plus the fabric wouldn’t have complied). And the waistband, which is actually kinda backwards… that is it’s one piece, and i stupidly put the seam in the centre front? i don’t know what i was thinking. Even worse, i couldn’t be bothered changing my thread colour – and well, i feel like i’m paying the price for that lazyness now… But at the end of the day, Bunny is happy, it’s a play thing, perfection is not required (say that to myself 10 times hehe).

So there you have it!! One very happy (very adorable) little mermaid!!

Next up: Buddy is demanding Iron Man, Batman, and Spiderman. GULP… 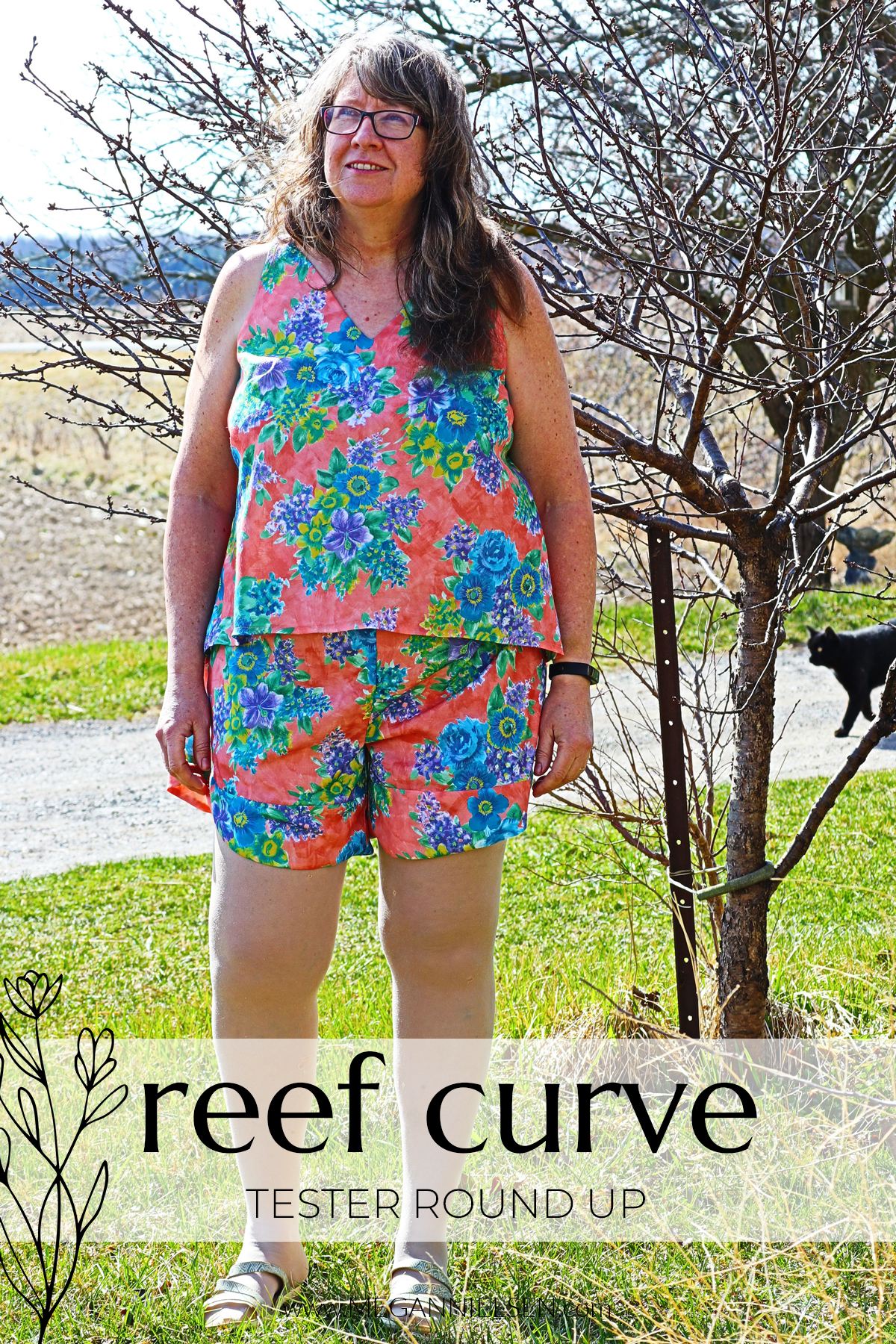 Reef Curve Tester Round Up 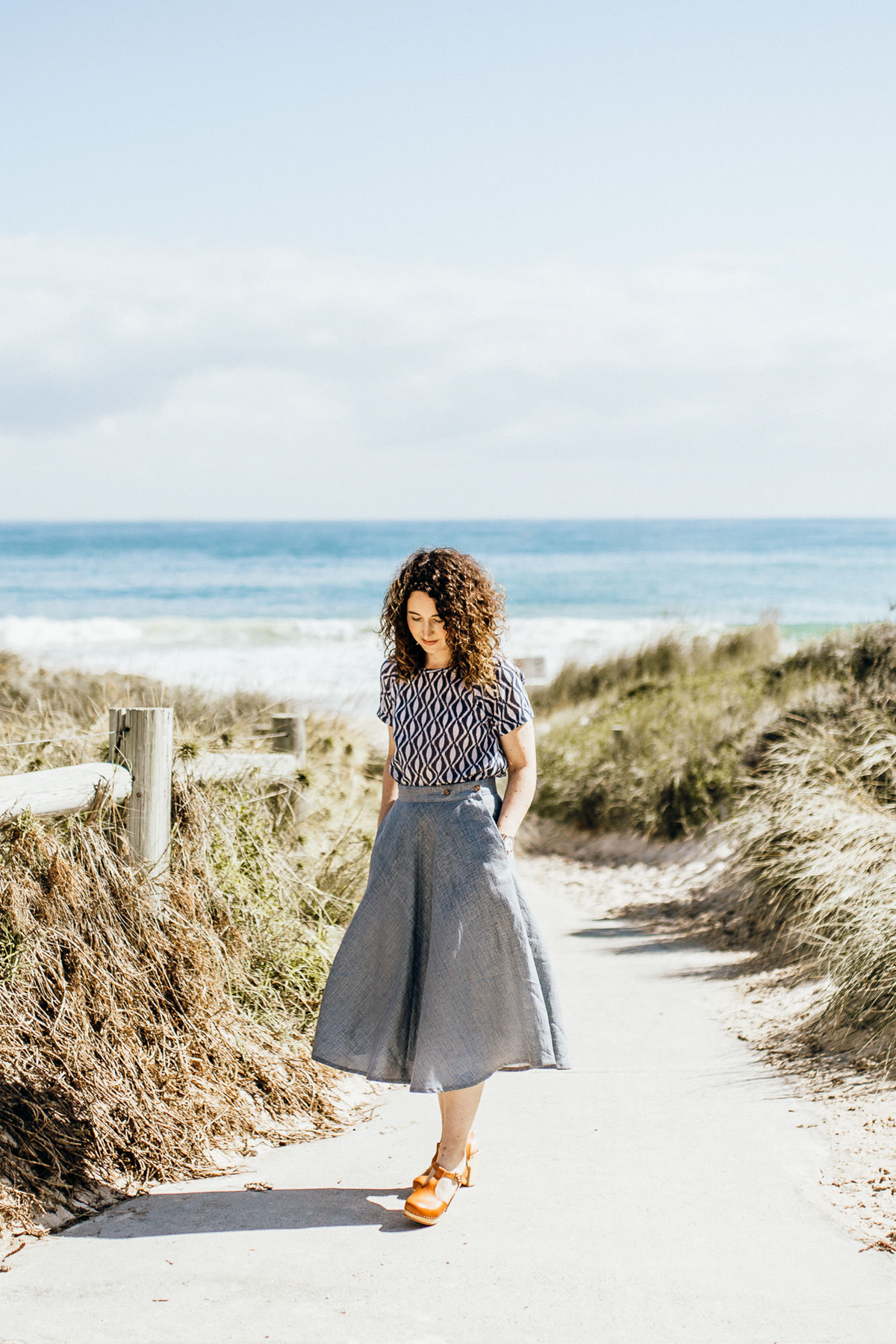 Just adorable! I bet all the other kids were jealous.

Oh my goodness, what a precious costume and little gal!

This is the cutest thing ever! Your litle girl is so lucky to have you!

Thanks Kayla! I’m just so happy she’s been enjoying it so much :)

Hehehe i think i’m living vicariously through her by making her completely over the top dress ups :)

So cute, and Bunny is gorgeous! You did her proud!

Very cute, and I’m glad you chose to do a white top. The look is definitely much more modest than a flesh colored one would have been. :)

Brigid
the Middle Sister and Singer

I wish I had that costume when I was little! Cutest thing I’ve ever seen.

Bunny’s mermaid costume is so sweet! I really like how you handled the top with the white singlet. It looks very appropriate. I know how you feel about those little imperfections! I have to constantly remind myself that nothing is perfect. ;)

Oh my goodness, she is so ridiculously cute! And, um, could you make an adult sized one now? :)

Wow, I love this! I realize this post was from 3 years ago, but this costume is adorable and almost exactly what I’ve been searching for! My daughter wants to be a mermaid for Halloween and we have been looking for a skirt/mermaid tail pattern that she could wear with leggings and would allow her to walk freely and be easily put on and taken off. Would you be willing to share the details on how you made the skirt? Thanks so much!

Hi Bobbi! I’m so glad you like it! Bunny has grown out of it now, so it’s onto it’s second life with my littlest girl Birdie – so cute to see her in it now! Meanwhile, the construction isn’t too hard for the tail skirt – i basically cut a big triangle, where the longest edge was her waist x1.5 – then i overlapped the corners of the longest edge, and added a waistband. the tail is sewn onto the point of the triangle. I really hope that helps a little bit! xo

This is so creative! And she’s so precious.
Hi! I blog over at StoryBehindTheCloth.com and next week will be publishing a post about how to dress like Ariel.
I adore your costume and i am wondering: Would you allow me to use your photo and credit you in the examples?
?Alissa

over and over again