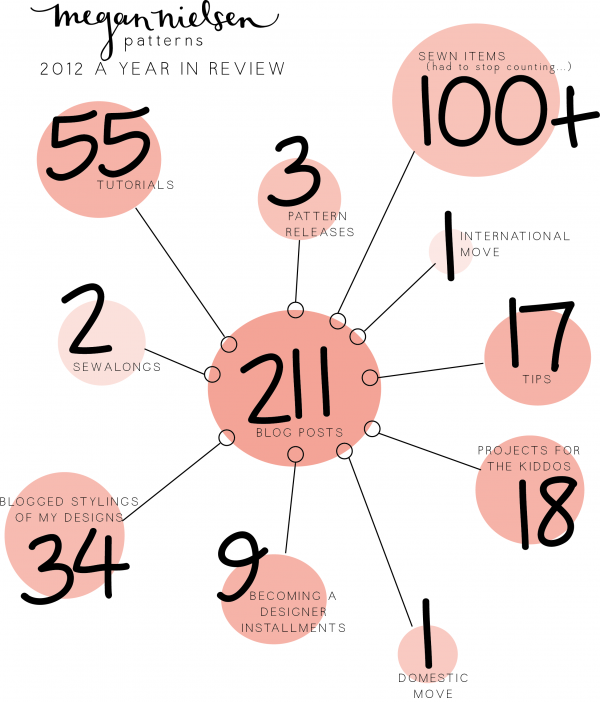 I feel like 2012 has been a very very heavy year for me. I was going to ignore that, and post some of my {embarassing} outtakes from outfit posts in 2012 – but i just can’t help thinking about all thats happened. And then i realise how very tired i am. I don’t mean that in a negative way, it’s been an amazing and thrilling year – but also a hard one to get through. A year full of so much, and somehow, reliving it all in mind has been rather cathartic.

But beyond stats, when i think back on this year this is how i remember it: 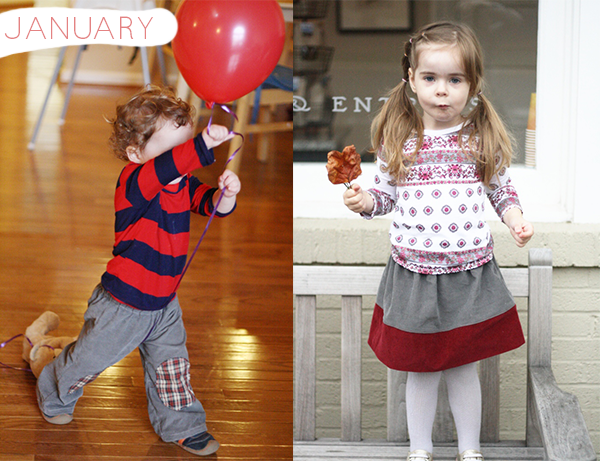 January – a month dedicated to kid sewing. that was totally fun, and looking back i realise i should do more kiddo sewing… 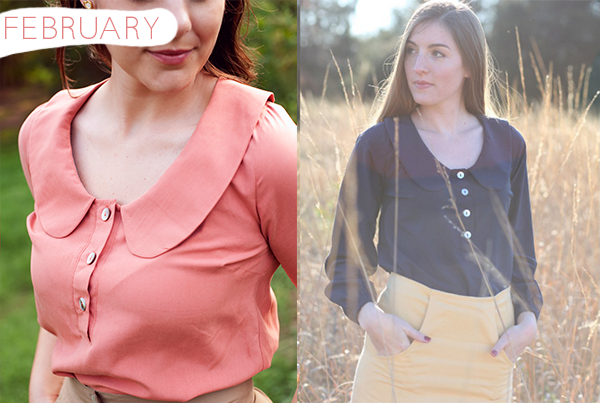 February – i learnt to knit, and released the Banksia pattern- yay! 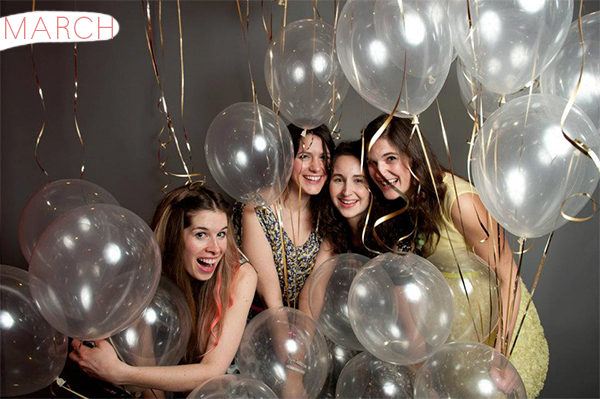 March – had so much fun attending the Texas Style Conference (and got to meet so many dear friends in person). At the end of this month we found out my brother was deploying, and made the final decision to move home… 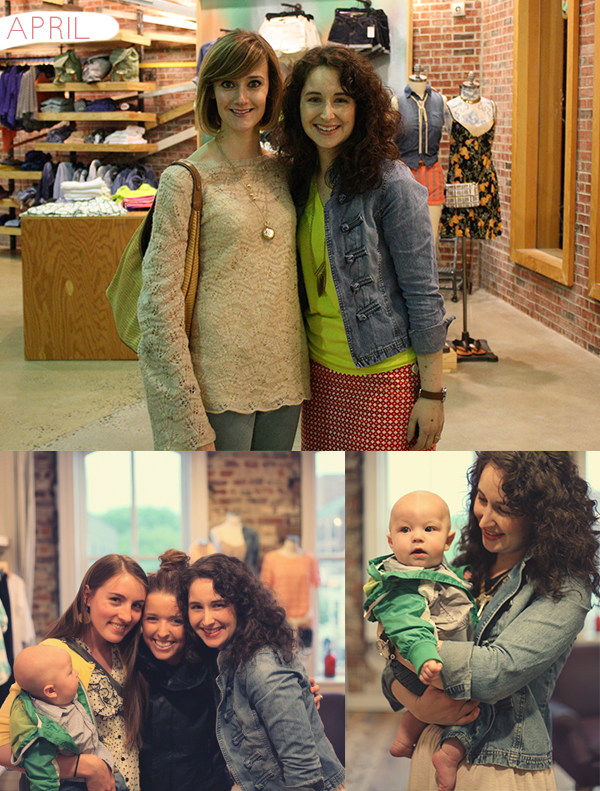 April – one of the hardest months ever. I remember it as the month of saying goodbye to my dear friends. I cried so much this month. (I treasure good friends – and Syds, Tania, E, Leah and Katie – you made my time in Virginia so much sweeter) – but it was also the month of the Darling Ranges sewalong (NEVER try to host a sewalong and move internationally at the same time, i am not even kidding) 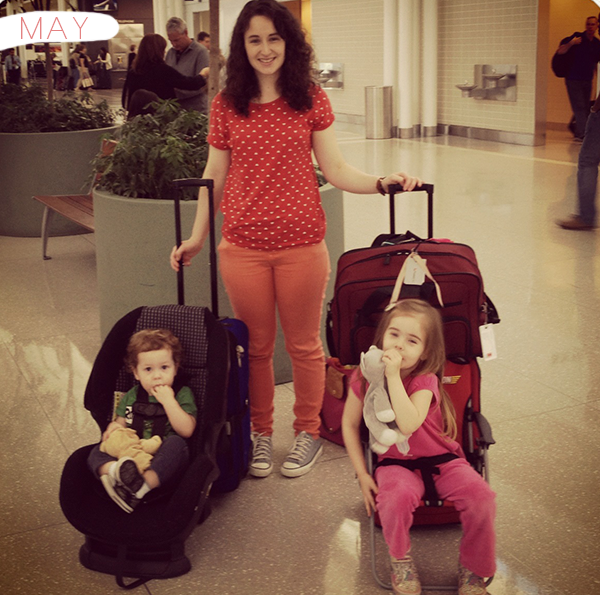 May – kind of a blur. This was the month we moved, and i literally spent the first half of May (or last days in the US) having constant melt downs and living off icecream sandwhiches. yeah, that happened. But it was also the month we arrived home – and that was crazy special. 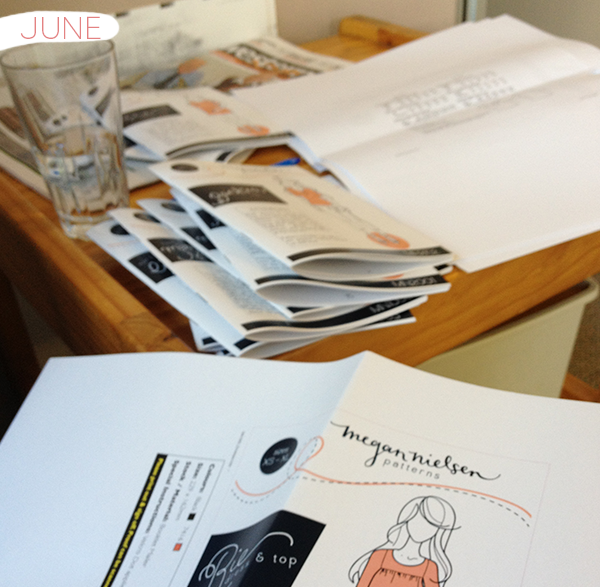 June – was a month of settling in and running around like crazy getting my business set up in Australia. Incase i wasn’t already stressed enough from moving, this month almost did me in. But in the end it all came through! 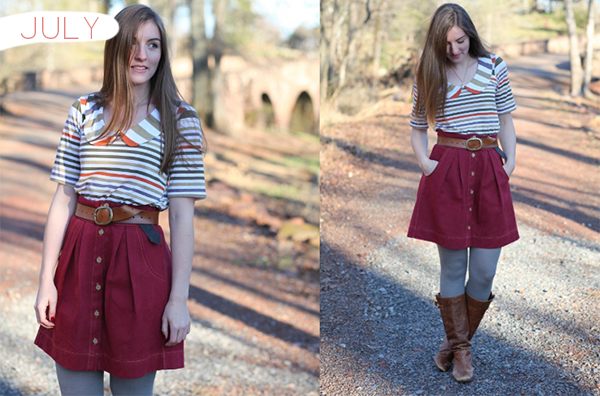 July – Re-opened the store from Perth, Melissa gave my blog a really awesome and much needed makeover/redesign, and I released the Kelly skirt pattern! big month! 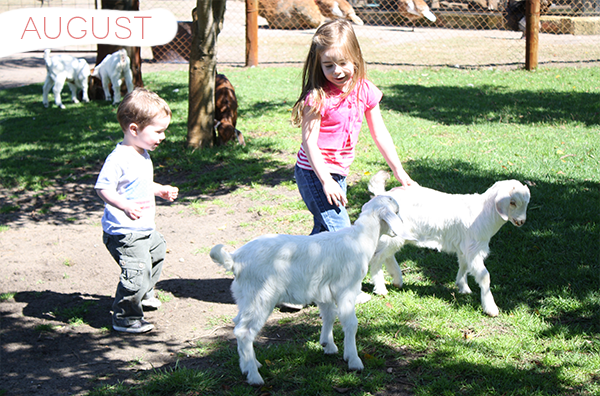 August – I tried to take some time off in August – it was a calmer month, and i’m glad for the days i spent just relaxing and enjoying reading a few books – because i needed that energy for later! 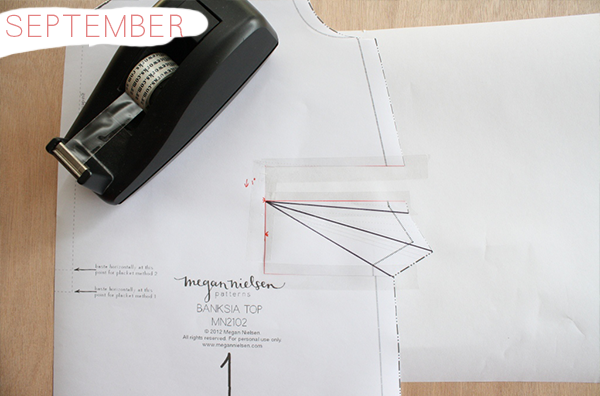 Sept – Hosted the Banksia sewalong – so so so much work. but it really was a great sewalong! 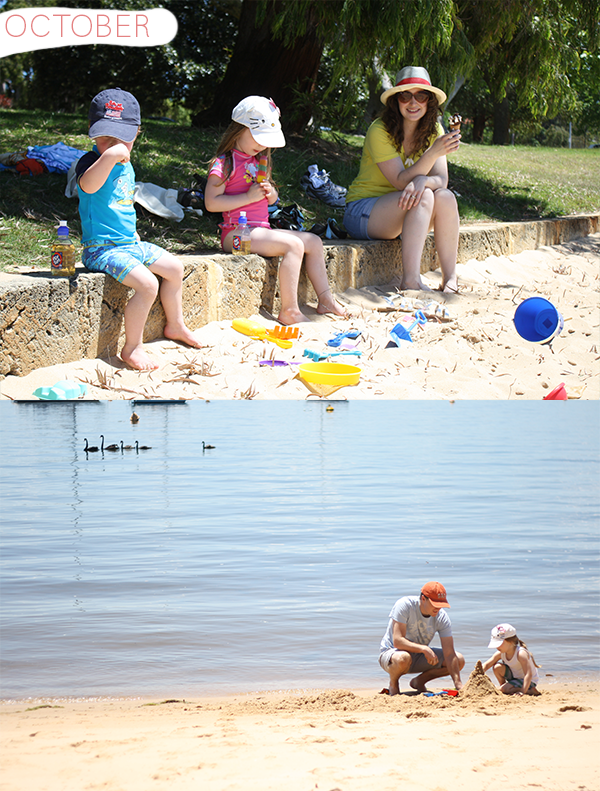 Oct – Finished up the Banksia sewalong and moved house again – this time from my parents place into our own house (SO grateful my parents helped us out by letting us stay with them for the first few months). Apparently i have a real knack for planning sewalongs over moves… maybe i like stress? BUT October is also the month we started going for weekly trips to the beach, and that my friends has been rad 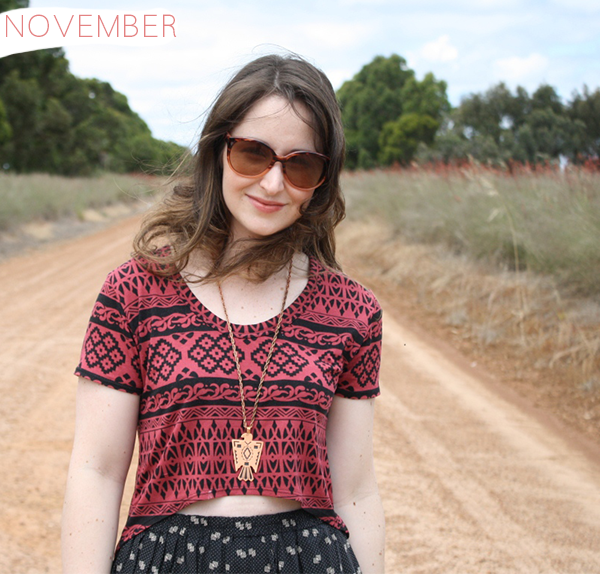 Nov – Such a fun month! Went away for my birthday with Chris, had stalls at two markets in Perth, held a massive Megan Nielsen patterns 1 year anniversary giveaway and released the Briar pattern! phew! 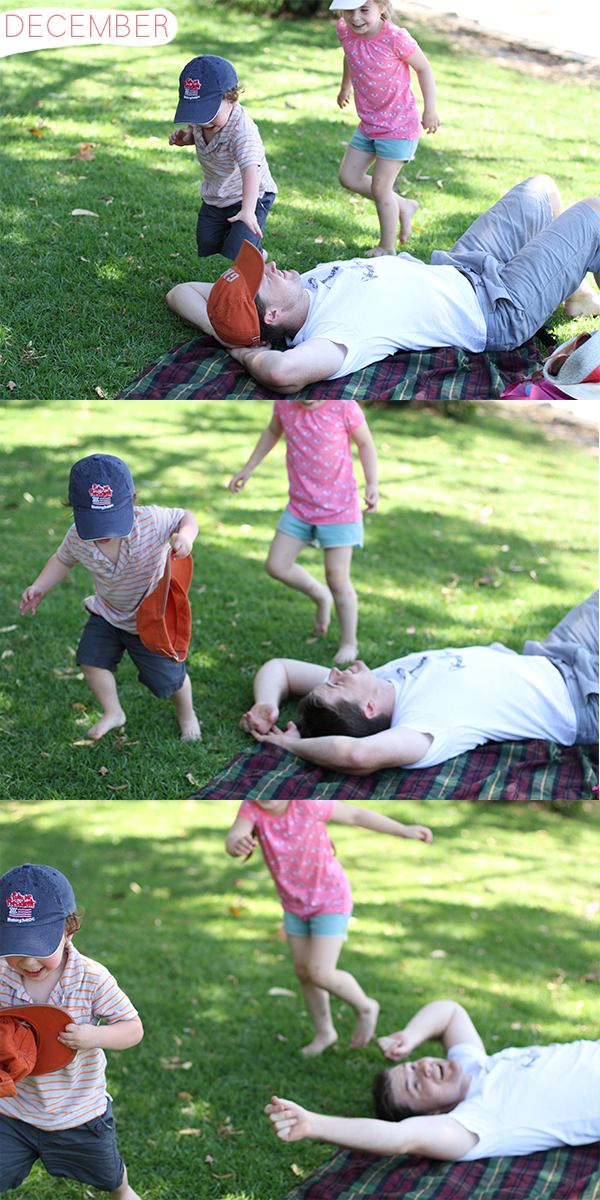 Dec – the month of family! This month we have gotten to see all our family – my brother came home, Chris’ sisters have been here for the holidays – and it’s been incredibly wonderful – the perfect way to end the year. 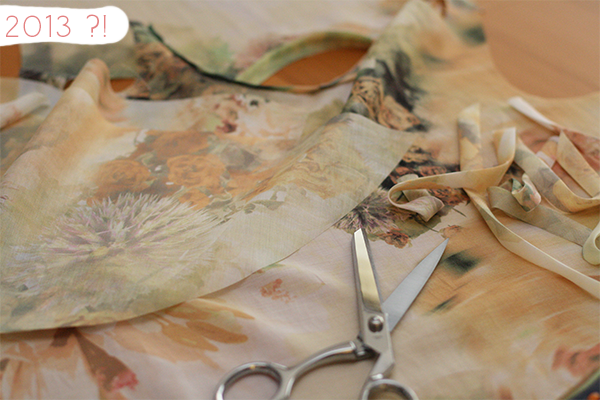 And 2013? You guys, it’s going to be awesome. Not even kidding. And hopefully a lot calmer! (or did i just jinx that by saying it?!) So here is to the next year! Happy New Years my friends! Thank you for sharing in my journey through 2012, can’t wait to share the next one with you! xoxo 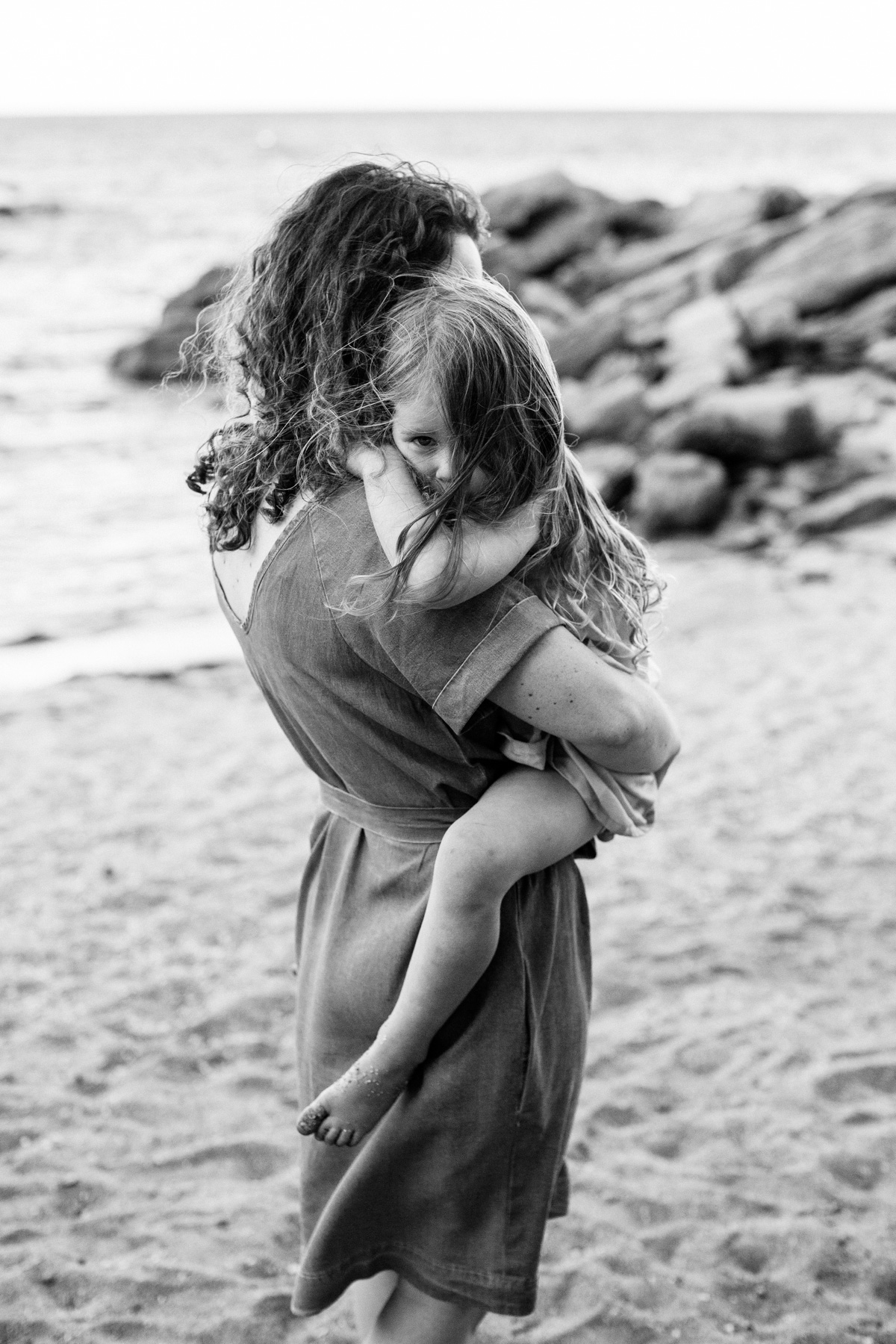 Working from home in the transitional phase

merry christmas from my crazy family to yours!

Oh my gosh what a busy year! I would never have known it was that frantic behind the scenes – your blog is such a calming space!

Wow – what an amazing year you’ve had, Megan! It’s been a pleasure following your journey. Wishing you a wonderful and prosperous 2013 xx

Happy new year Megan!! I’ve got a feeling this is going to be a good one….

What a year! It’s good to slow down and reflect. I’m not surprised you’re tired. I hope 2013 is a little less stressful, but equally productive and rewarding. It’s a great little business you’ve created that you should be VERY proud of.

Gee, that is ONE MASSIVE year… best wishes for 2013, looking forward to seeing what’s in store. :)

You should be proud of yourself! Happy New Year from a devoted reader in Norway:)

Miss you! I was just up in your old town today…

Miss you too! Can’t even say how often i wish we could just catch up for a coffee like old times. I hope you had a slice at Great Harvest in my honour hehehe :)
Big hugs my dear friend!!! XOXO

Congratulations Megan, that is a successful year for you! I am looking forward to more of your patterns!

Wow! What a year! I’m so inspired by all your creativity this past year. I hope 2013 is another stellar year for you! Best wishes for 2013 x

Wow, you did such a great job managing your business while dealing with all those stressful personal changes. I love your approach to it, too — “this was stressful, BUT here was this other wonderful thing that happened at the same time.” You have a graceful outlook on life :)

I don’t know how you did it all – I’m exhausted just reading through your year! But just look at those happy kiddos! So worth it. We miss you all but are thoroughly enjoying your couches, hee hee hee.

Seriously Katie – i have no idea either. I’m putting it down to my mom + icecream sandwhiches can accomplish anything… right?! heehehe

Seriously miss you guys heaps!! Bunny still asks if we can go play with Andrew :( it’s adorably sad. Hope you and your gorgeous little babes are good!!! (Meanwhile, leather couches are like the best invention ever for little kiddos hey?> )

I have been admiring your patterns for a while now, although I’m yet to make any – maybe this year! Well done getting through that long move but you must love being home. I know I loved coming home to Perth after stints in Canada and the UK. Maybe I’ll see you at Matilda Bay sometime!

Gosh, what a year you’ve had! I hope that 2013 is a little more restful for you and yours. I know how hard it is to have a sibling away… my brother is about to re-deploy to Afghanistan and it’s a constant, nagging worry. Glad your brother is safe and sound.

Goodness, what an unbelievably busy and incredible year you’ve had! I hope you are all feeling more settled as a family now and thank you for all your wonderful posts!