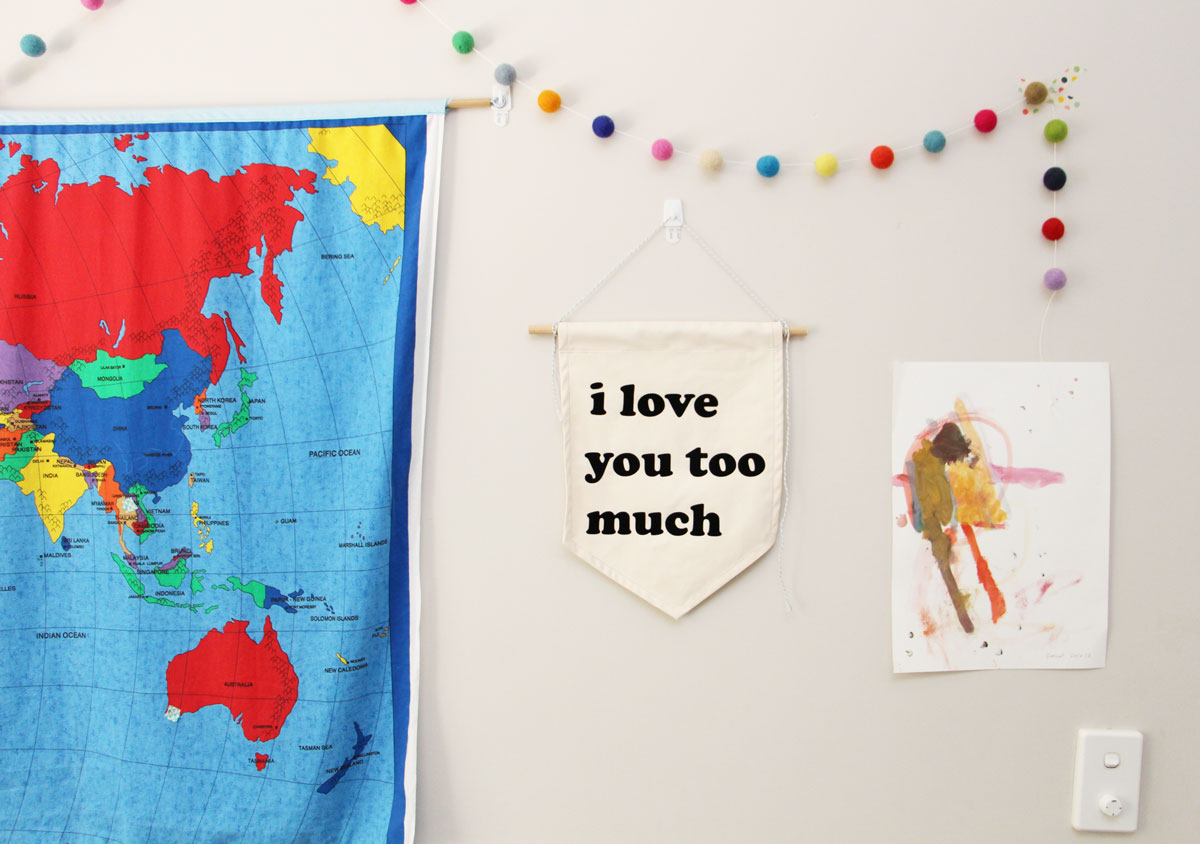 Finally getting around to posting part 2 of this project! Incase you don’t remember the story: when i tuck Buddy in at night he always says “I love you too much!”. It’s one of my favourite things ever (i hope he never stops), so i decided to make a little banner for his bedroom to remember this little phrase if his.

I used my Silhouette Cameo to cut the letters out on black flocked transfer material. I used the negative space to make a tshirt for him (which he still wears and loves) – here’s the post for that project. The banner itself is made from calico and i simply cut a short piece of wooden dowel and attached some string to hang it up. I’m all about simple.

We are still in the process of redoing his bedroom, so i don’t have a permanent spot to put it yet – so for now it’s up on the wall with 3M hooks (i have endless love for 3M) and his very first self portrait which he painted when he was 3.

Also up on the wall is a project i don’t think i’ve ever blogged? Buddy loves maps so i found this fabric JoAnns  a few years ago i knew i had to buy it! My original plan was to make him a toddler blanket – which i never did in time and he got too big for it to be useful at that size. So I simply added a casing at one end so that i could thread a wooden dowel through to give it structure, attached some hooks and it’s hung on the wall with… you guessed it… 3M hooks hehehe.

My long term plan is to make one wall of his room into giant map using map wallpaper. It will be epic! Until then, I love how everything is set up, even in it’s temporary form. 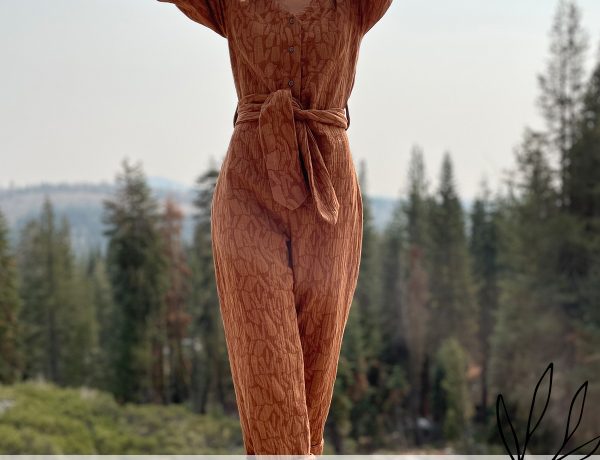 Durban Maker Round Up 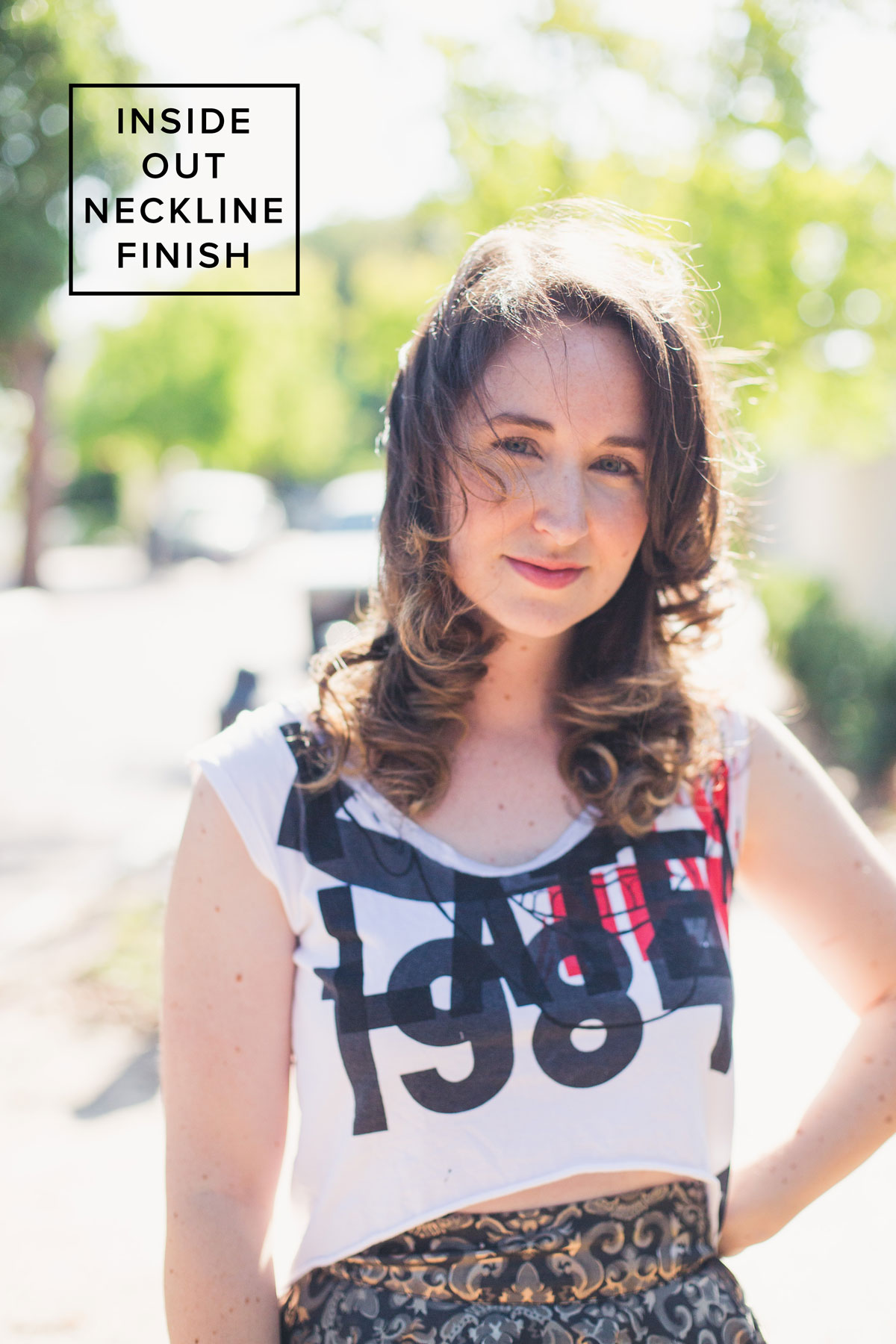 the inside out neckline finish

as seen on: Cotton & Curls

This is such an awesome idea. A great way to get your child(ren) started on learning geography early. So many people nowadays are so painfully ignorant when it comes to anything outside the 50 states (and heck, they’re pretty ignorant about state names and locations as well) that I’ve decided long ago I don’t want to let my children be part of the “problem”.

Video tutorial // How to make a flower crown