SO i made Bunny an Elsa costume… and then i photoshopped her into a frozen poster (poorly). yeah that happened. hehehe.

Much like every little girl who has ever seen Frozen, Bunny became obsessed with Elsa. She would watch it on loop every day if i let her. She was singing Frozen constantly, and her pretend play Elsa games were lasting like a whole day. So i knew it was time to make her a costume.

Since baby bird was still teeeensy tiny at this point, i tried to make it as simple as possible. The main body of the dress is some cheapy satin, which is shirred with elastic thread. I should have shirred all the way down to her waistline if i was being really true to the story, but i was tired, and i think empire waists are cuter. The cape is just a blue netting/tulle thing with spots all over, and i attached it to the top of the dress before adding the sparkly arms. It’s joined to one line of shirring to gather it up. The sparkly arms are made from a white and silver sparkly spandex, and i literally just used the top part of a stock standard tshirt pattern i have. I didn’t even hem the neckline or sleeves. naughty meg.

So that’s it! It was super quick and Bunny was over the moon. Cue epic “Let it Go” concerts in the backyard all winter (without shoes of course… this is Australia after all!). The only adjustment i had to make was adding the slit in the side seam, as after i gave it to her i was informed that unless you have a slit you are nothing. I had no idea the slit was so important to Elsa’s aesthetic! It’s so adorable the stuff kids notice.

I’m really happy with how this turned out, and Bunny uses it constantly. Even better a few weeks later one of her friends had a Disney princess themed birthday party and Bunny was able to wear her costume out of the house, which i think basically made her whole year hehehe. And here’s a photo of the dress on its own on instagram.

And after all that, i got a little crazy with photoshop and plonked her on a Frozen poster hehehe. I’m a good amount of crazy. But i must admit, it took ages and i got tired, so the rest of the photos after the jump are unedited in our backyard. Sorry hehe. Gosh i love how much she enjoys her costumes! 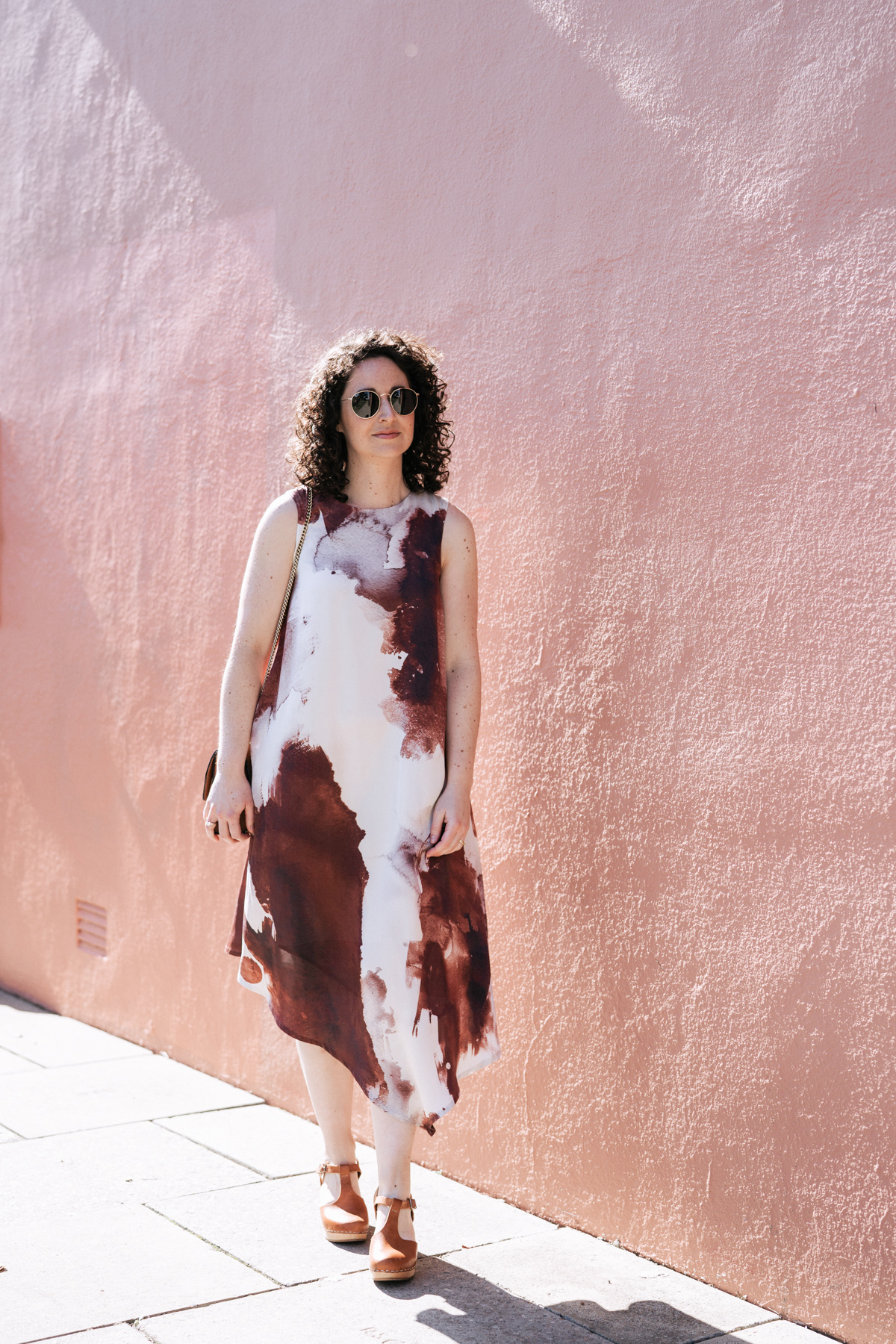 Duh, the slit is important! :) Elsa totally flaunts her legs brought that slit, it just makes the dress :) I love Frozen and I understand Bunny, if I could watch Frozen on repeat all day I would and I would teach my class wearing an Elsa costume in a heartbeat! But apparently grown-ups aren’t supposed to do that… Go figure :) Even my baby likes Frozen, or rather she’s totally smitten about Olaf. Starts yelling at the TV the moment he makes an appearance… Ah, to be young and in love ;)

Ahhhhh, Bunny looks so happy! You’re such a good mom. :)

Love it!! I made Evie an Elsa costume for her birthday… I should show it to you. Great job!

Is it weird that I am a little jealous of Bunny’s costume! :) She looks so great in it, well done!

Is it weird that I am a little jealous of Bunny’s costume? :) She looks so great in it, well done!

Wow, she looks so lovely in it! I hope I can one day create something like this for my little one. Play costumes are often so expensive and look so stuffy and uncomfortable. Bunny here looks like she can recreate the entire “Let it Go” scene flawlessly :)

My wee boy is similarly obsessed with Frozen, and Elsa. Luckily he’s not asked for an Elsa costume just yet. I would happily make one, but not so sure his Daddy would be so keen! Hee hee!