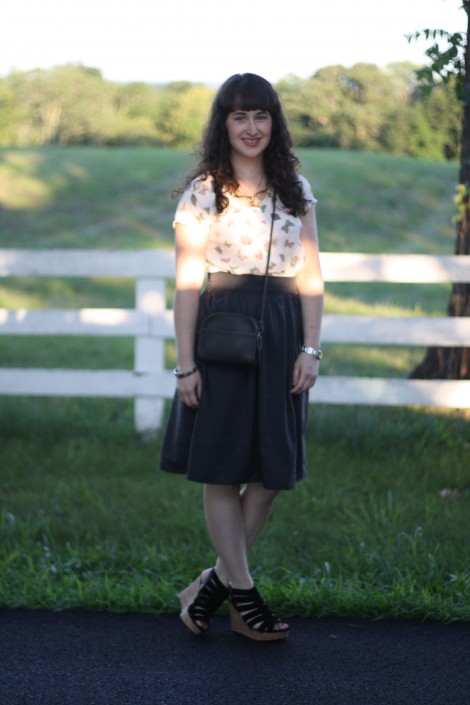 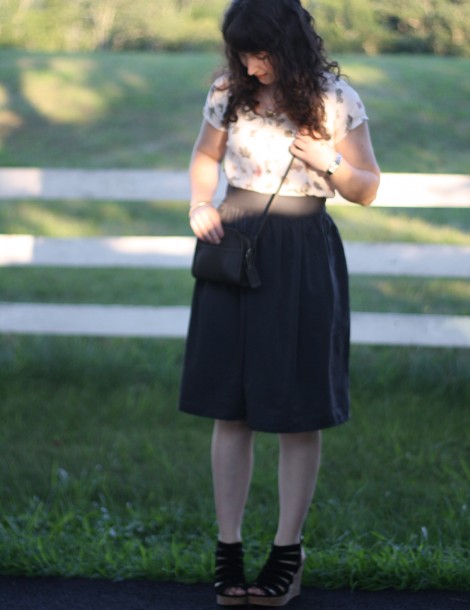 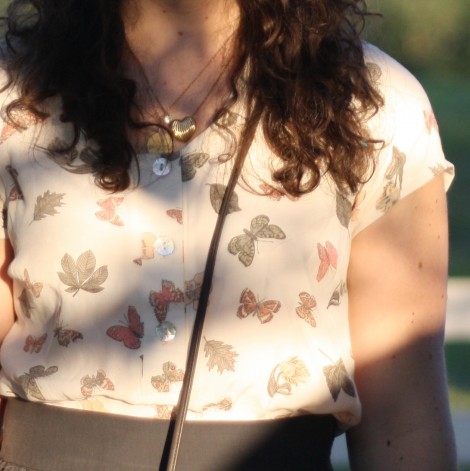 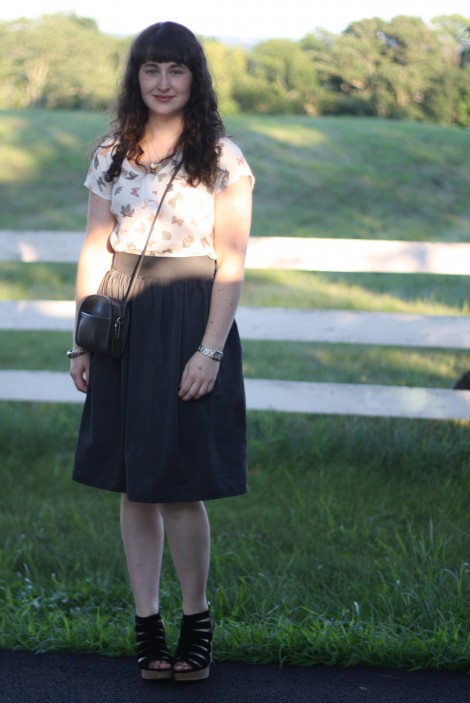 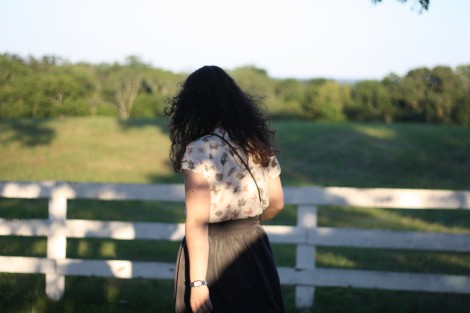 Last night The Swapaholics came to DC and held a Swap event – and it was so fun! I met up with my friend E, and we had a great time hanging out, meeting new people and swapping. Though admittedly, I don’t think we were cut throat enough to really score. Girls literally ran in when the doors opened, whereas we strolled in with glasses of wine and spent a lot of time feeling overwhelmed and confused hehe.

What really shocked me was how serious some people were! I was chatting to a gal before we all went in, and as they opened the space up, she ran off and yelled back at me “we’re no longer friends hahaha” – it was hilarious. And no kidding, people were literally trying on clothing in the middle of the room. Like take off all your clothing. yikes! That’s way too intense for me, I brought a tape measure, but other than that i just tried on at home and it all fit, so yay! I walked away with a few really cute items – but the most fun was just hanging out with E, Elizabeth, Allie, Vivi, Vyque, Amy and Melissa. Here’s hoping there’s another swap soon!

I didn’t take my camera (*ahem* i’ll take any excuse to wear a tiny purse, but it aint condusive to carrying a giant DSLR) – But incase you’re interested, here are a few snaps I found around the web. Though I warn you, flash photography does not compliment my incredibly pale complexion… 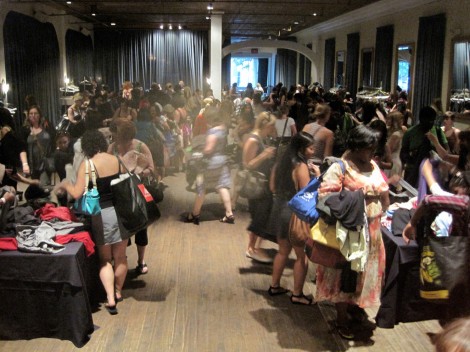 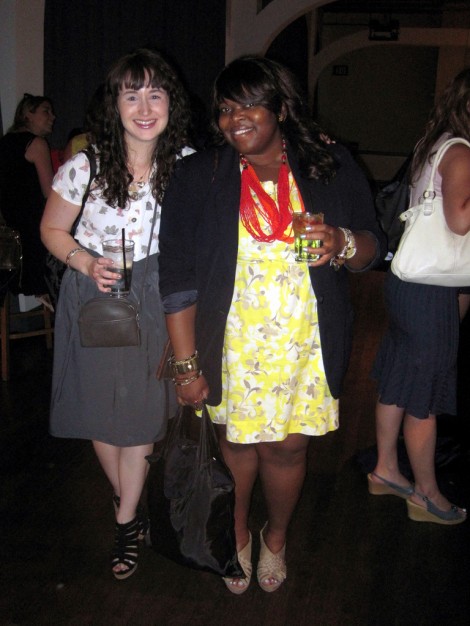 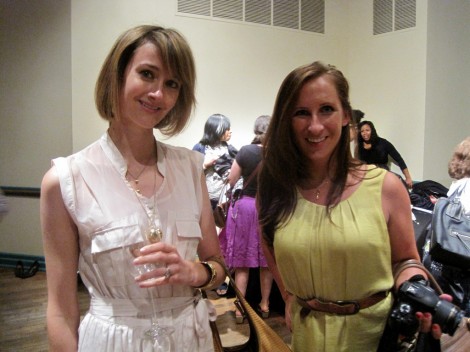 via District of Chic 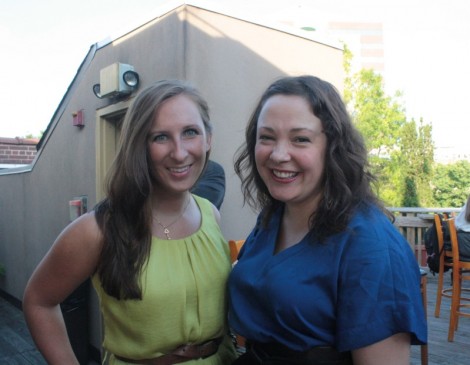 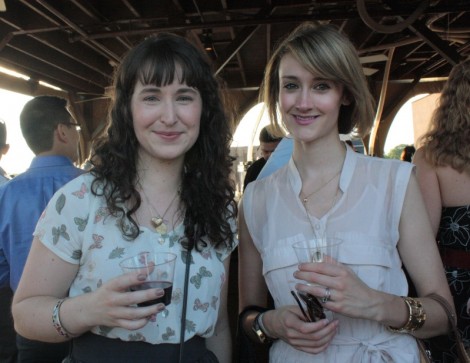 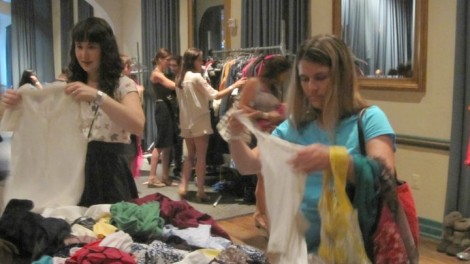 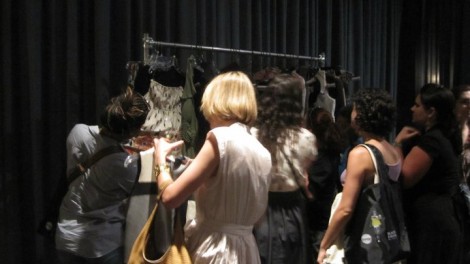 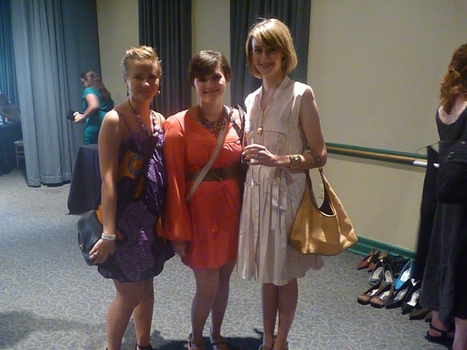 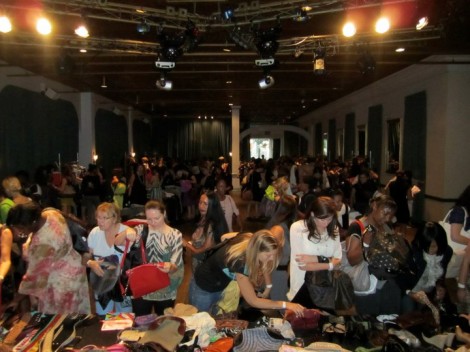 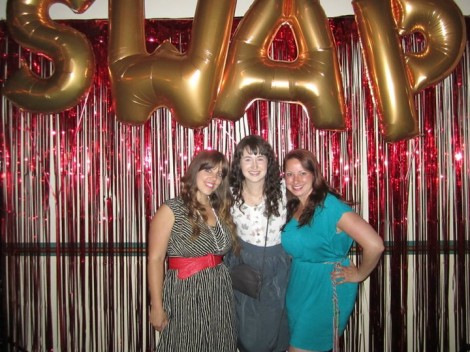 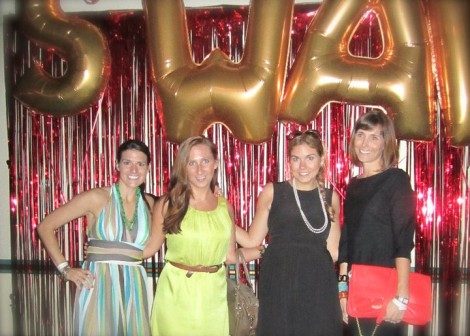 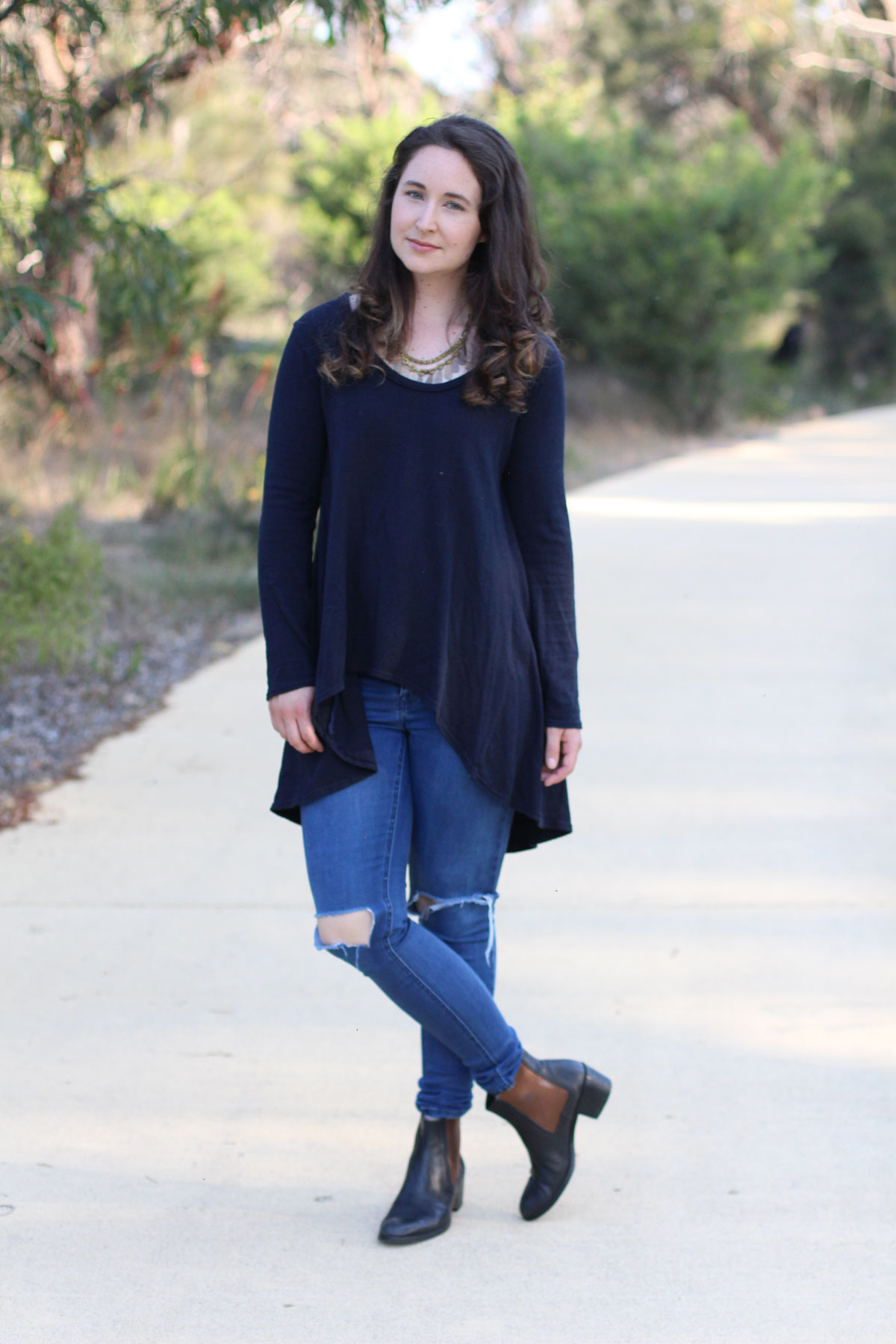 as seen on: Rainbows in Wonderland

A Sweatshirt For Bunny

It was so good to meet you…and you were a fantastic help to us in the last frantic moments before the curtains opened!

You are so welcome Lisa!! It was so lovely to to meet you too! I hope we get to have a proper chat next time :) xoxo

Oh my goodness Megan that is SO intense. I would be sauntering in with you girls, proudly holding my glass of wine and happily staying calm. Haha, I just don’t think I have it in me to get that fired up. But it sounds like you had a super time and so glad to hear that picked up some lovely things. AND you’re wearing my fave blouse ever, eeee, love the print & fit …it’s so darling. Happy weekend. xx veronika

hehe I’m exactly the same! couldn’t bring myself to be brutal! unbelievably i tried on the things i got the next day, and htey pretty much all fit, so there was some good luck there :)

hope you had a lovely weekend too dear! XOXO

I can imagine it would take a lot of wine to cope with an event like that!

What a lovely blouse! you look so romantic

trust my intelligent daughter in law to think of bringing a tape measure! the butterfly top is quite inspired and very chic….what is it about butterflies?
keep up the creative work, and i am glad you still enjoy the book i bought you so long ago when you first started sewing.

Megan, it was such a pleasure finally meeting you! I may not be “fierce” enough to get the best scores at the swap, but I had fun and it was so wonderful to meet bloggers like you IRL!

[…] Hey friends! I’m guest posting over on The Swapaholics blog, and talking about some of my finds from the DC Sip and Swap. […]

[…] – consider leaving it off completely!! You’ll get something that looks like this, or this or this. SO many of my staple tops. Cute hey?? posted in: My creations, Sewing Patterns, […]