I’ve been wanting to blog about this dress for soooo long – this has been my favourite make this pregnancy, and has also been the hardest to get a photo of. Sometimes blogging is a really hilarious hobby, and i can’t even tell you how many times Chris and i have tried to get a photo of this dress and then it’s all fallen through for one reason or another. Like since Christmas day. Which was four months ago. Actually it’s surprising that i don’t hate this dress by now hehehe.

You may recognise the style, its another iteration of two maternity dresses i’ve shared previously (one and two) – but this one i think is the best. Or at least, i love it the most. And at 39 weeks pregnant (YOWZA!) I can confidently say it’s worked the whole pregnancy, and will work beyond. That always makes me really happy!!

As you may recall, i originally started with the Briar crop top as a base. But honestly the bodice pattern has been altered in so many ways since then, that it barely resembles that original pattern. I love it so much that i’m rather tempted to release it as a new maternity dress pattern at some stage – thoughts?

The actual sewing of this dress was pretty funny. I had a very specific vision of how i wanted it to look, and I was determined to do it late one night. And then i reminded myself of why i shouldnt sew late at night in bad light. I used black velour, of which i had in two pieces – and took for granted that the nap was correct, without actually physically checking. The result was this and almost resulted in tears. But thankfully i had just enough fabric to recut one of the bodice pieces, flip and recut one of the skirt pieces (obviously the skirt pattern had to be adjusted at that point to compensate). But phew! I got the dress i wanted, and it’s been constantly in rotation since then. So lesson learnt, when nap is involved, don’t just eyeball it and imagine that your eyes are so awesome you can see the difference – nothing beats the hand! 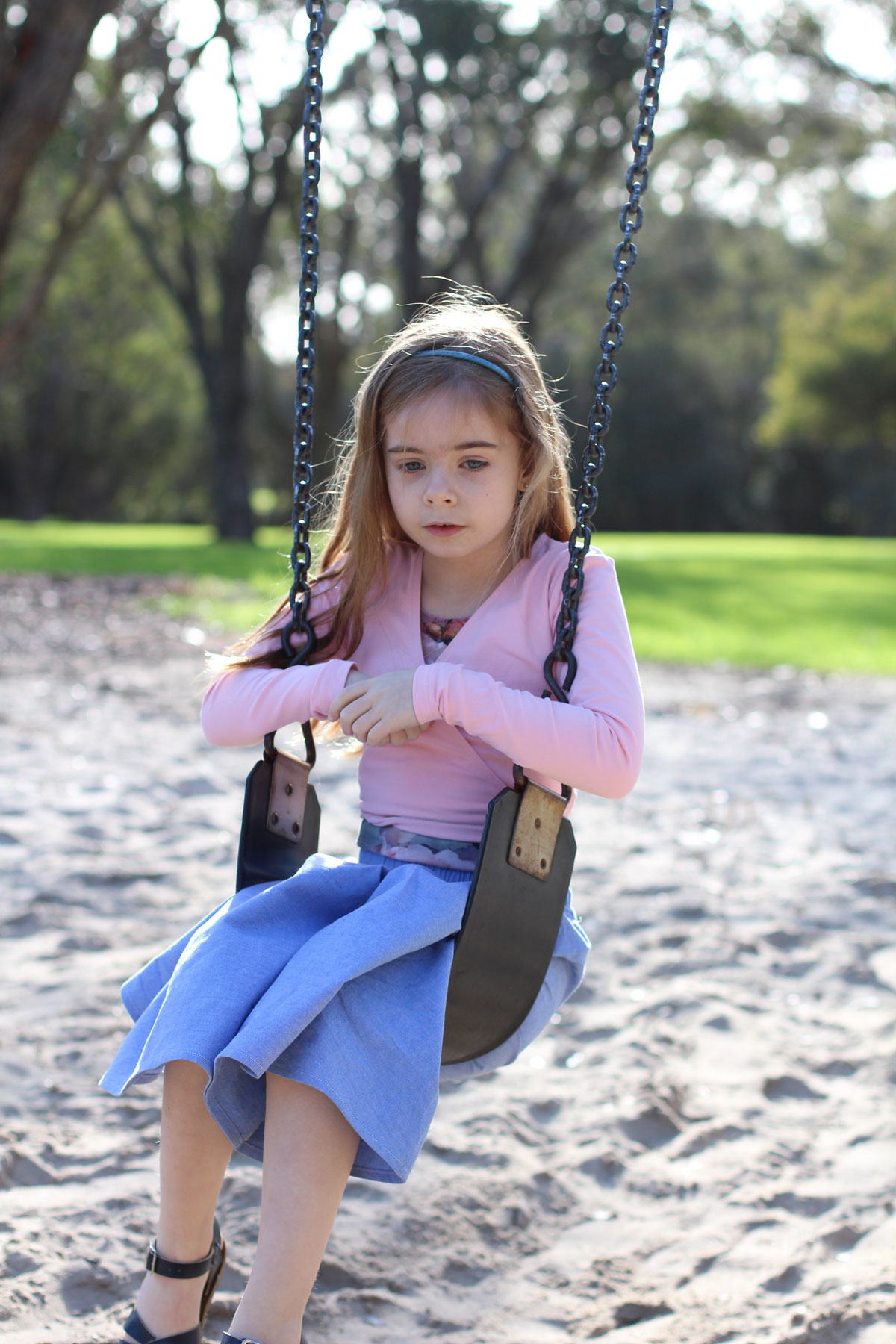 When the weather ruins her outfit 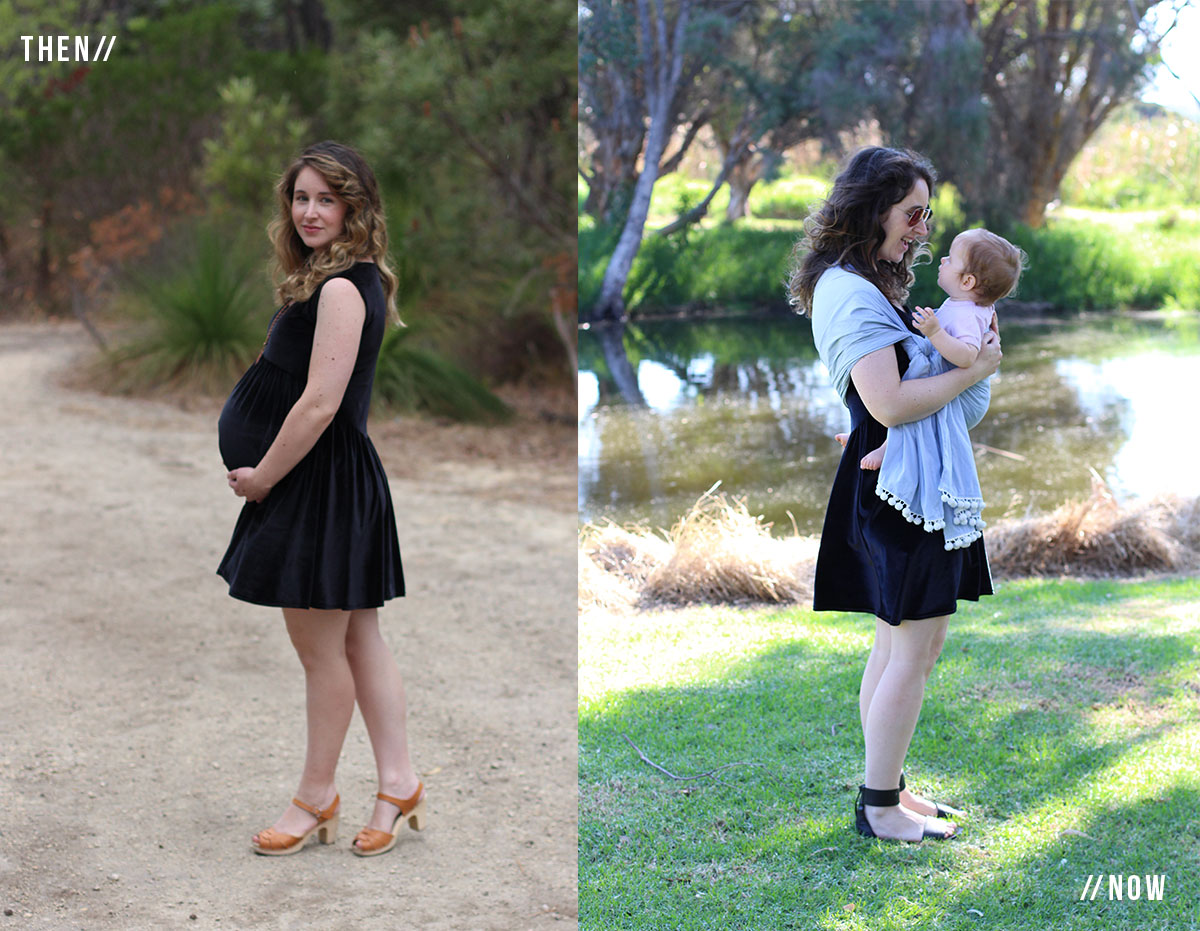 Now & Then // The Favourite

I would love some kind of release of this pattern- even in pieces. It’s beautiful! Well-done!!!!!

This dress is perfect– and your hair is gorgeous!! I would love a non-maternity pattern for it!

Oh it’s so lovely!
I’m glad you were able to undo your late-night disaster :)
Btw, your hair looks amazing!

Gorgeous! I can totally see why you would wear this dress so much. And you look great!

I would love a pattern for this dress!!

I think you should definitely release it, if possible, I know three kids can make it difficult to do much of anything! If you love this dress that much, other women will too. You look so beautiful! Best of luck on the next step!

It is a very nice dress, I hope it will be released as a pattern by the time I actually need it :)

Holy cow, what a gorgeous dress! It’s so pretty and flattering, and velour is a really inspired choice for it! It’s so luxe! Also, I’ve said it before, but I’ll say it again- your. hair. is. amazing.

Oh it is gorgeous! I had a similar dress that I wore with my last pregnancy that I had on rotation with a few dress versions of your ruched maternity top pattern hehe. I would love this one too as a pattern such a nice simple dress that you could easily dress up or down, plus I could imagine lots of good sleeve options.
You are looking amazing btw I am totally jealous of your great hair! X

Love, love, love this dress! I wish I could make one of these right now, as I am 30 weeks pregnant. Perhaps if you make it a pattern, you could include some tips on making it nursing friendly?? All the best to you for the rest of the pregnancy. Not long now…

So close now…good luck! I hope that everything with the birth goes really well. Thinking of you and your family.

Wow, the dress is stunning! As I’m 5 months pregnant and getting ready for our own scorching summer, I would love you to release this as a pattern! Hope everything goes well for you and baby!

I love this dress! I won’t need a maternity dress for a while, but when I do, something like this will definitely be on my to-make list! I hope you release it as a pattern.

Congratulations on your new little one!