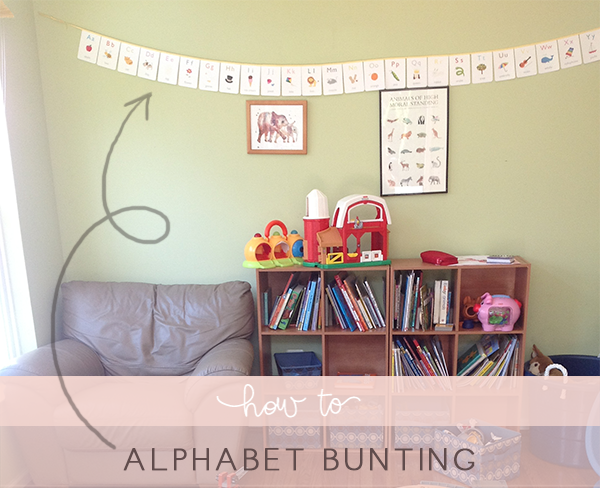 One of the things i found sad about the timing of our decision to move back to Australia – was that I had JUST started decorating our house the way I like it.

I had spent a lot of time moving my work area to the basement so that I could convert the sunroom into a playroom for the kids – and was getting really close to finishing that room and beginning to feel really good about how it all looked. So it was more than a little heartbreaking to take it all down so soon!

Anyway, one of the things I had been really wanting to do for ages was to hang a cute bunting on the wall. I’d seen heaps of adorable fabric ones, but none really clicked. I wanted to put up some alphabet posters – and then suddenly the two ideas combined into one! An alphabet bunting!! At first i was planning to make it completely sewn – and then i got real, and realised i would never finish that project. Thats when i got the idea of using flashcards!

I had been waiting to post about this little project till i was “done” but since it’s going to be a while till we have a new playroom set up, i don’t want to wait!

I really love how it turned out – even though we only got to enjoy it for a few weeks, and even though i never finished hanging up all the kiddos cute pictures. I really can’t wait to pull all those things out of boxes!

Want to make one too??

I think you will love this project – not only is it a quick satisfy project, but it’s cheap! If you have the supplies lying around, you could probably do this for nothing! 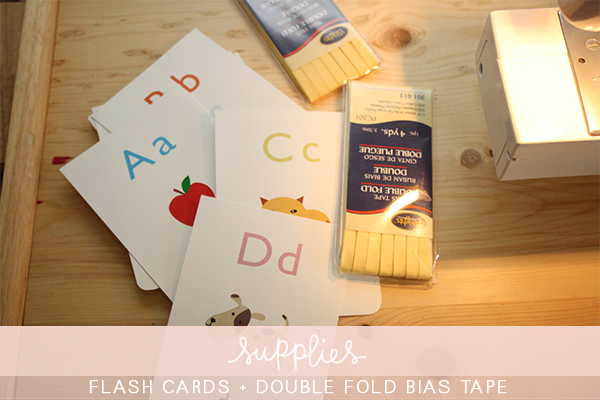 All you need is flash cards & some double fold bias tape!

We have literally tonnes of flash cards lying around (these are my ultimate favourite), but i decided to use a free printable flashcard set so that if i messed up i could just do it again and not feel too wasteful.

I used this set of free printable flash cards. I had some card stock at home and a pretty good printer so i just printed them myself – but if you decided to get them printed at a printers, it would be under $5 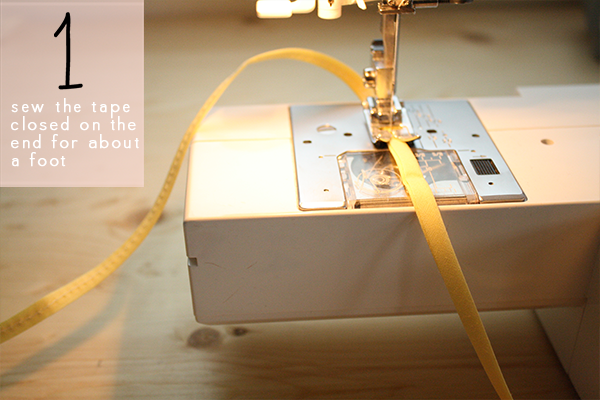 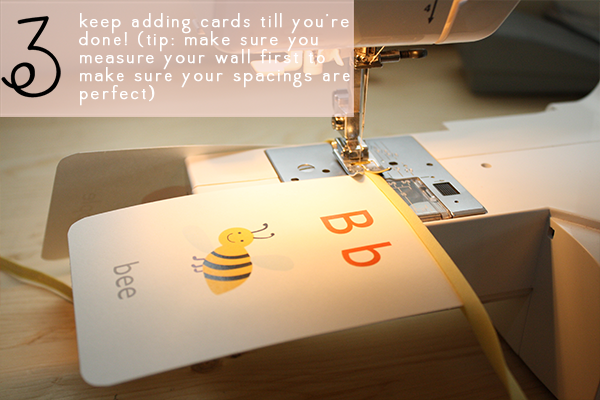 Sooooo maybe you don’t have the right supplies, or you’re feeling lazy and the idea of sewing is putting you off – or you just don’t sew. Don’t worry!  You can do something very similar in lots of ways: 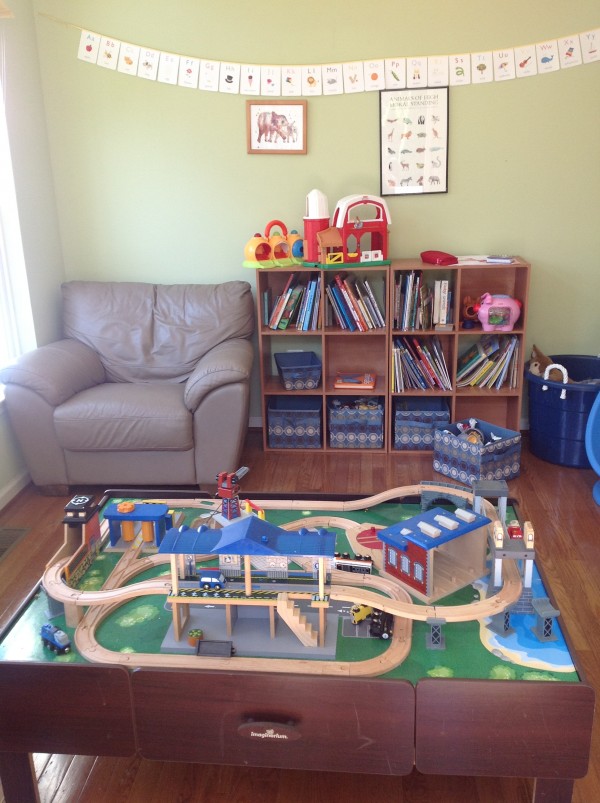 And since i’m feeling a bit nostalgic, here are a few photos of my kiddos enjoying their play room before me moved.  Yeah, i think that little room was my favourite :) 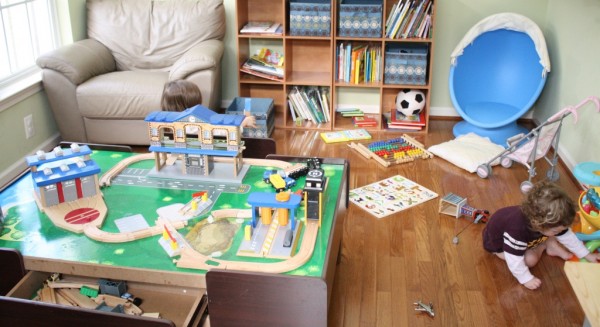 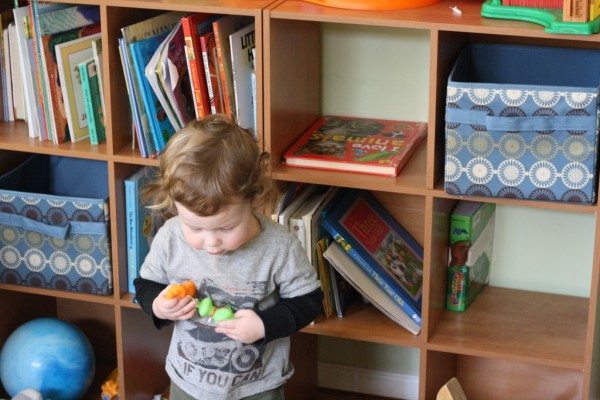 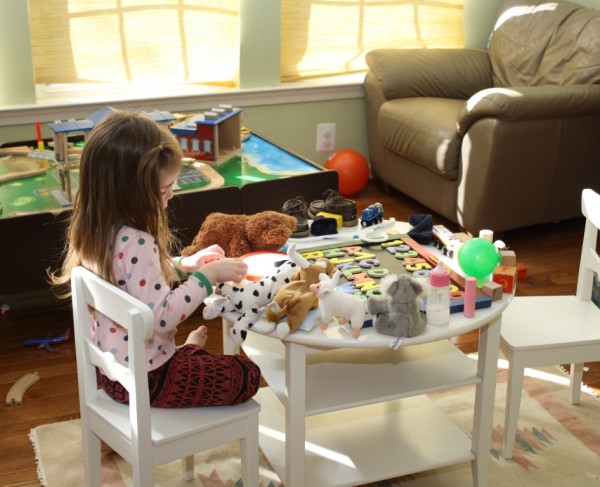 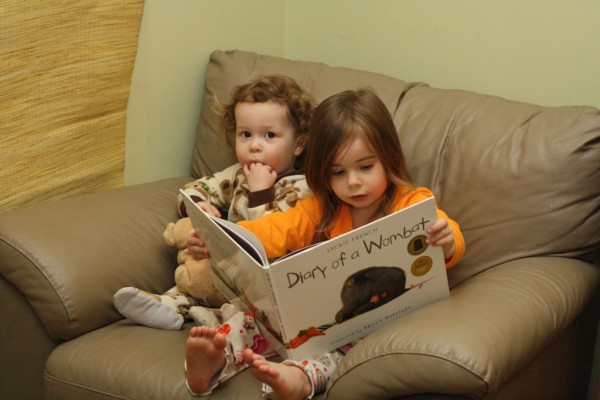 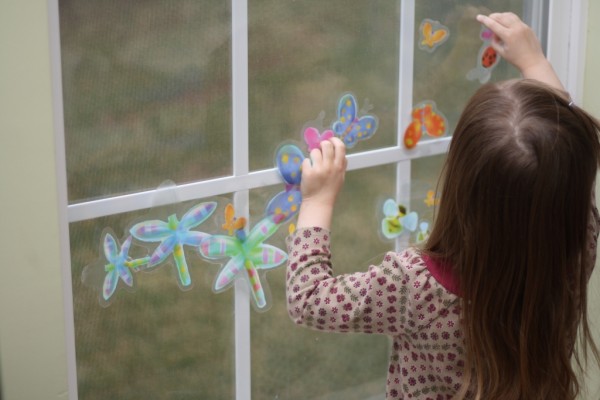 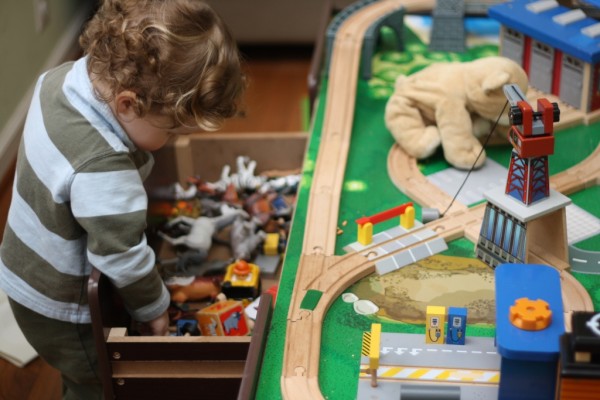 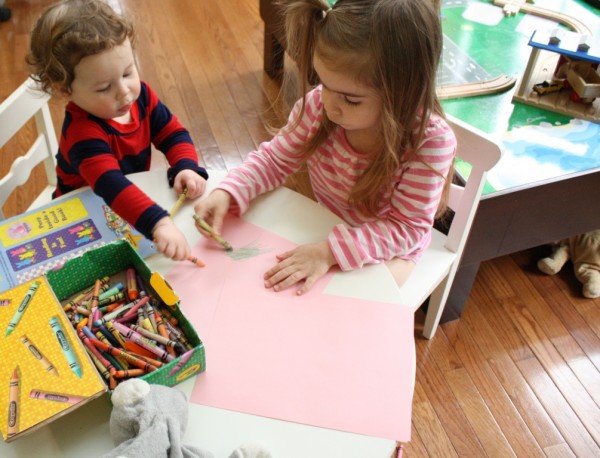 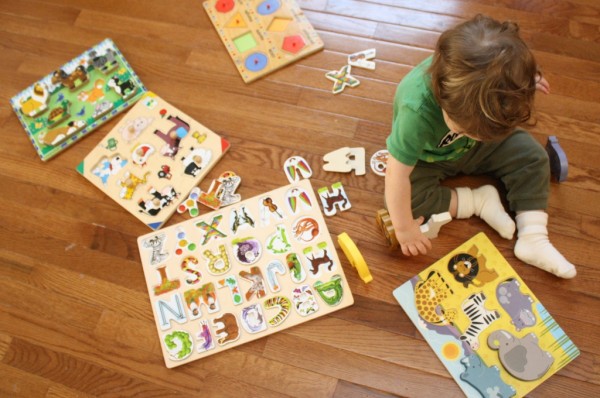 and by a few photos, i guess i meant a LOT hehehehe i adore those kiddos

kelly tester round up!

How To Avoid Your Creations Looking Handmade

what a cute idea! and what cute little kiddies you have :-)

What a timely posting! I homeschool and years ago I wrote out the flashcards and stapled them to my kitchen walls above the windows (yeah, tacky, I know but I got tired of holding them up when teaching or searching for the correct letter). I have been wanting to take them down and reconfigure it somehow. Love this idea!

Yay! I’m so glad you liked this idea!! I don’t think your flashcards above the kitchen windows sounds tacky at all – it’s really sweet!! I bet your kids loved it :)

tipsa ?ka med hund… [… ]g What I would not understand is the way you may be far more popular than you la rq[… ]…

kelly tester round up!