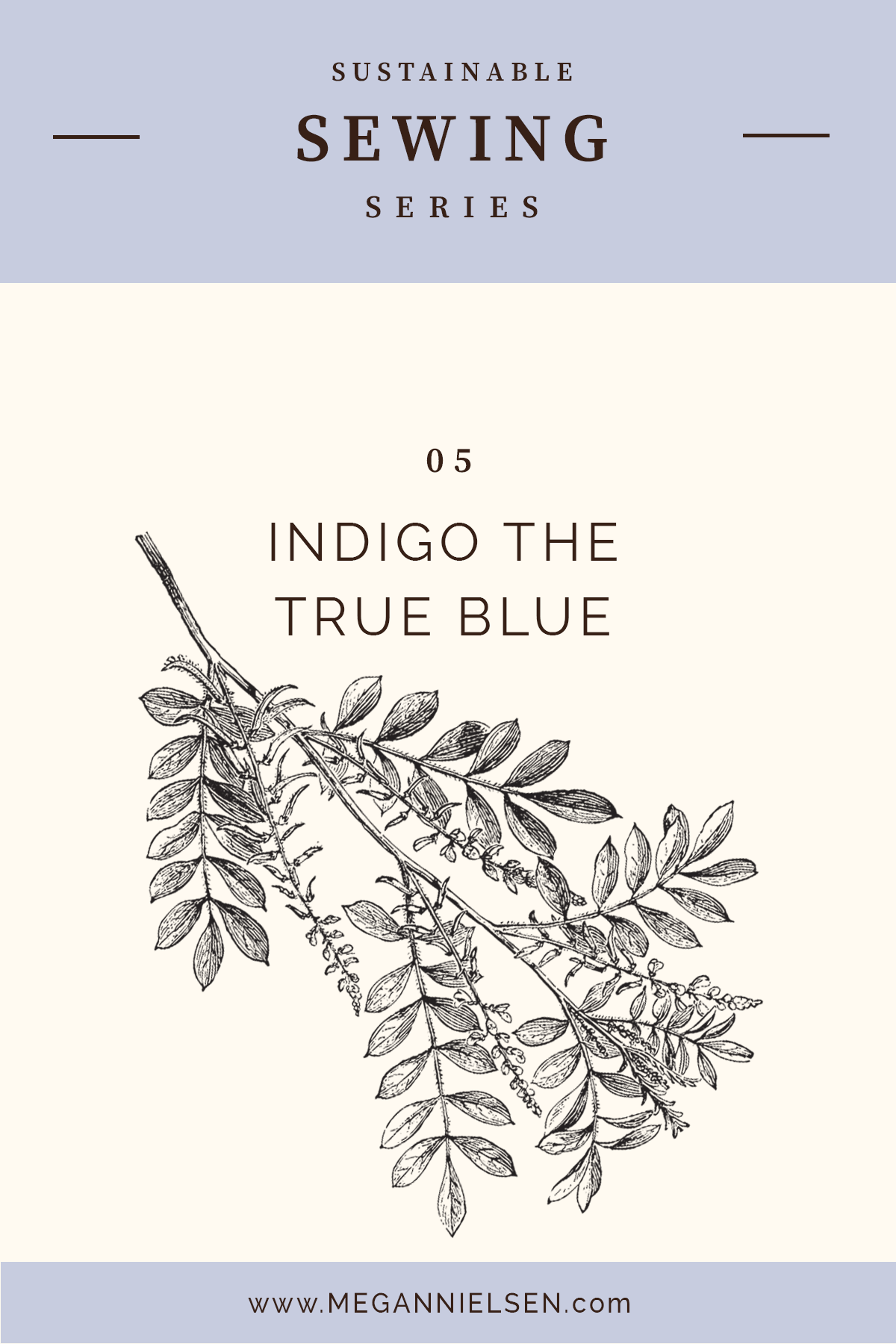 Making your own clothes need not only be about the joy of taking something 2 dimensional and turning it into something 3 dimensional, it can also be about having creative control over the colours and fabric designs you are working with by using plant based dyes. The most addictive and rewarding plant based dyes to try is natural indigo. Using a natural indigo vat to dye cloth and clothing can turn you from a specialist in construction in a specialist in biology, chemistry, and what feels like magic. 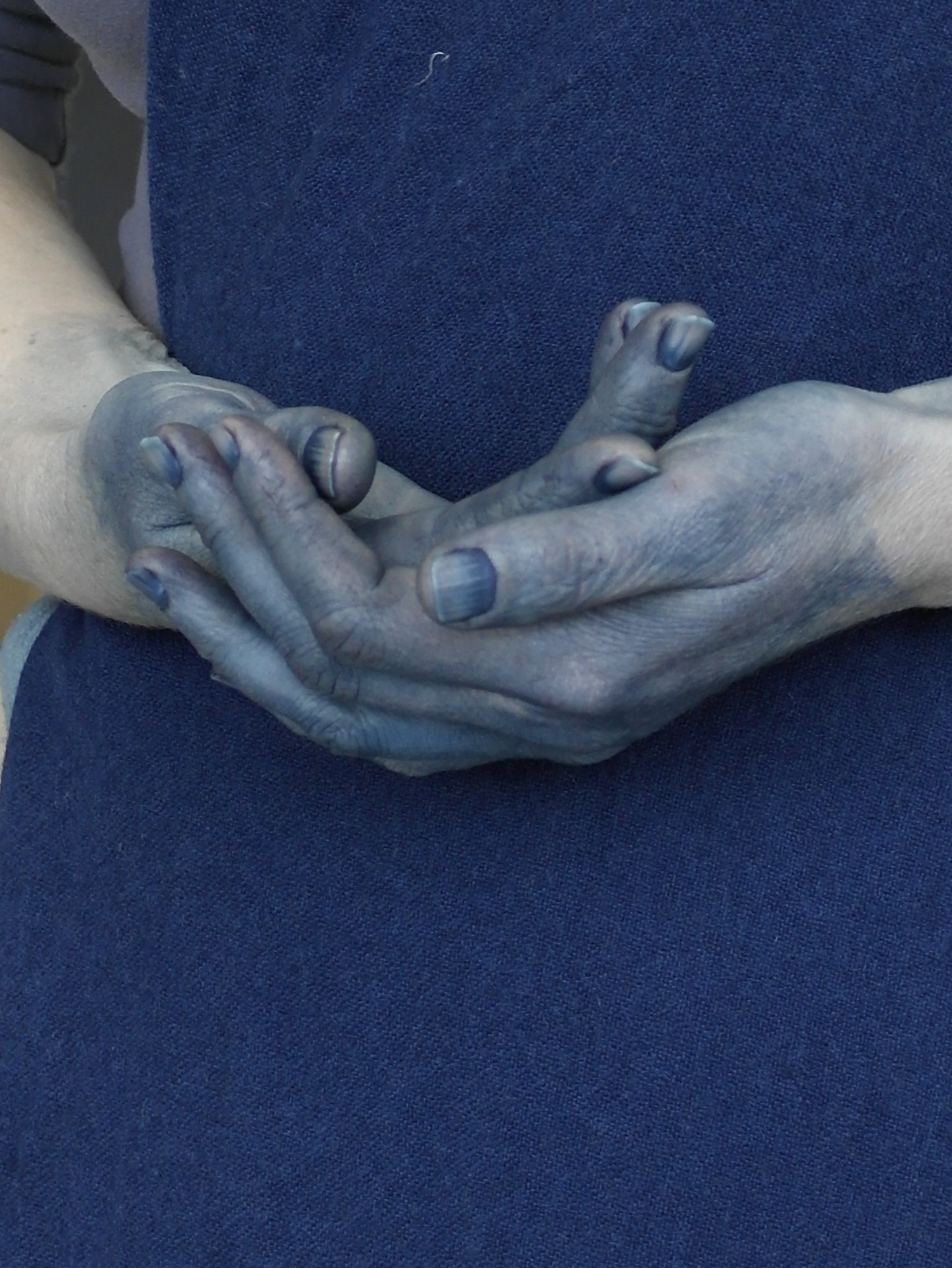 There are also some good environmental reasons to explore natural indigo as an option. In standard industrial processes, dyeing is one of the most polluting stages of cloth production. According to the World Bank, 17-20% of industrial water pollution comes from textile dyeing and treatment. Seventy two toxic chemicals in our water come solely from textile dyeing, of which 30 cannot be removed (Ref 1&3). Synthetic indigo production also relies on non-renewable fossil fuels. If you are working from a home based or small studio, you want to be working with the least toxic processes you can come across. It is also one of the most practical natural dyes in terms of light and colour fastness.

The colour blue has been produced naturally for at least 6,000 years, with the oldest known example of coloured cloth being of indigo dyed cotton textiles in Peru (Ref 2). It was traditionally grown in Japan, India, Africa, South East Asia and South America before the introduction of synthetic dyes. The production of natural indigo reduced rapidly with the introduction of synthetic dyes but there is a resurgence of interest in plant-based colour and traditional practices are being revived.

Two stories that highlight the importance of the resurgence of this industry to local textile businesses are based in Mali and Japan.

Three years ago, Aboubakar Fofana has began the establishment of an indigo farm in Mali using two indigenous species of west African indigo, Lanchocarpus cyanescens and indigofera arrecta. The project is not just important for creation and resurrection of a once booming industry, but for reforestation of degraded soils and a changing micro-climate that once held a booming forest. The venture aims to be a long-term example of self-sustaining agroforestry built for and by the community.

Kitta and Sawa, live in Okinawa, where the indigenous indigo plant ryukyu indigo was once grown by several farms. When the last of these farms was up for sale, they decided that it was too important to lose. The cultural heritage of the area is steeped in natural dye tradition and losing the ability to farm indigo motivated them to act. They re-established the farm and expanded it’s dye capabilities to other traditional natural dyes. They’ve rebuilt the economic model for the farm to include education and cultural experience and produce a boutique range of clothes in a rainbow of colours.

Other plant sources of indigo are India’s Indigofera tinctoria, Central America’s Indigofera suffruticosa, Europe’s woad plant, Isatis tinctoria and Australia’s Indigofera australis. Where ever you are in the world, there is likely to be a similar story of farms rescuing this form of natural blue so that we can experience the magic of this ancient dye. I highly recommend that you consider seeking out a local blue, and learning the art of using indigo. You’ll not only be giving yourself the gift of being able to create colour but also supporting the communities that are leading the movement worldwide. 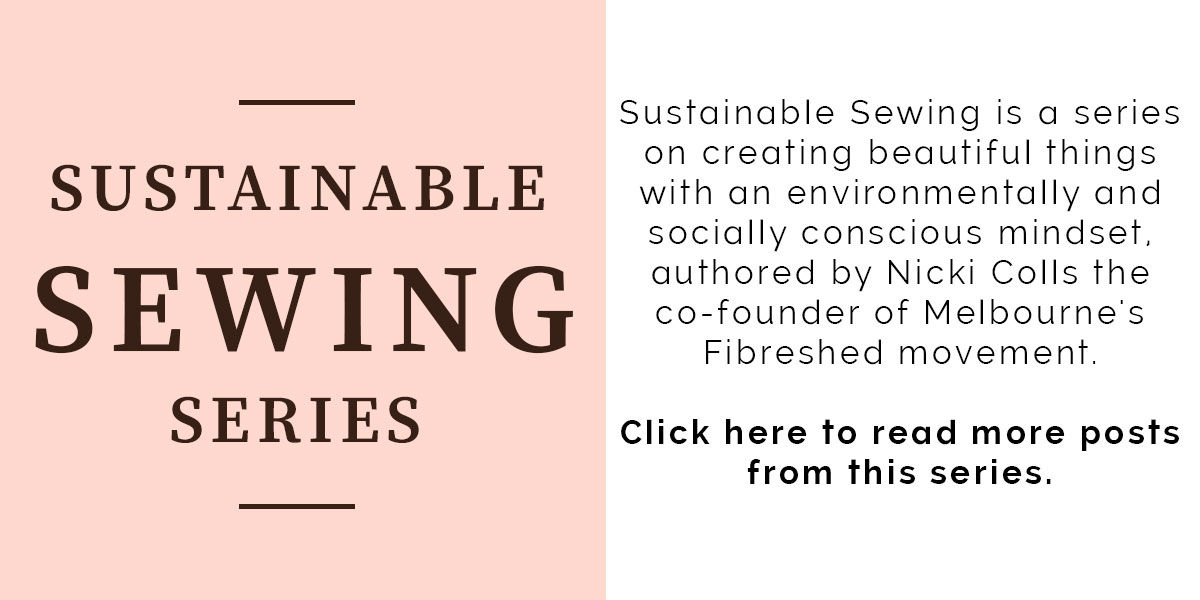 Get access to our FREE subscriber perk sewing patterns, exclusive monthly discounts and be the first to hear about new patterns!