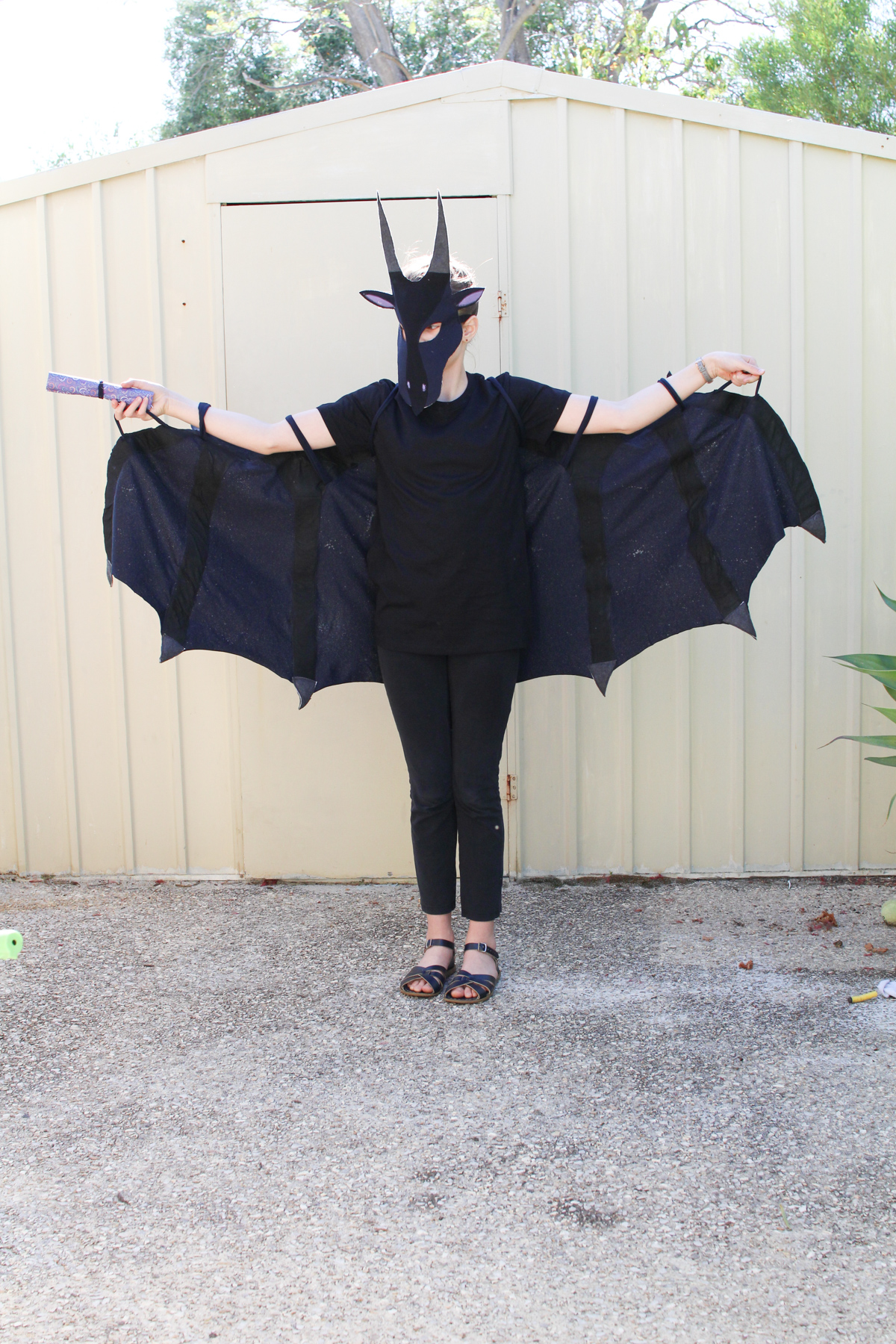 I feel quite sad writing this, but this is Bunny’s last Book Week. Next year she will be in High School and they don’t do Book Week anymore. I have loved making her Book Week costumes each year – bringing her requests to life has brought me so much joy and I’m a bit gutted her time dressing up as her favourite book characters is over. Of course this means that when she asked me to make her a very detailed Wings of Fire Moon Book Week costume I was determined to make it work. Even though I had no idea how to make a dragon haha. 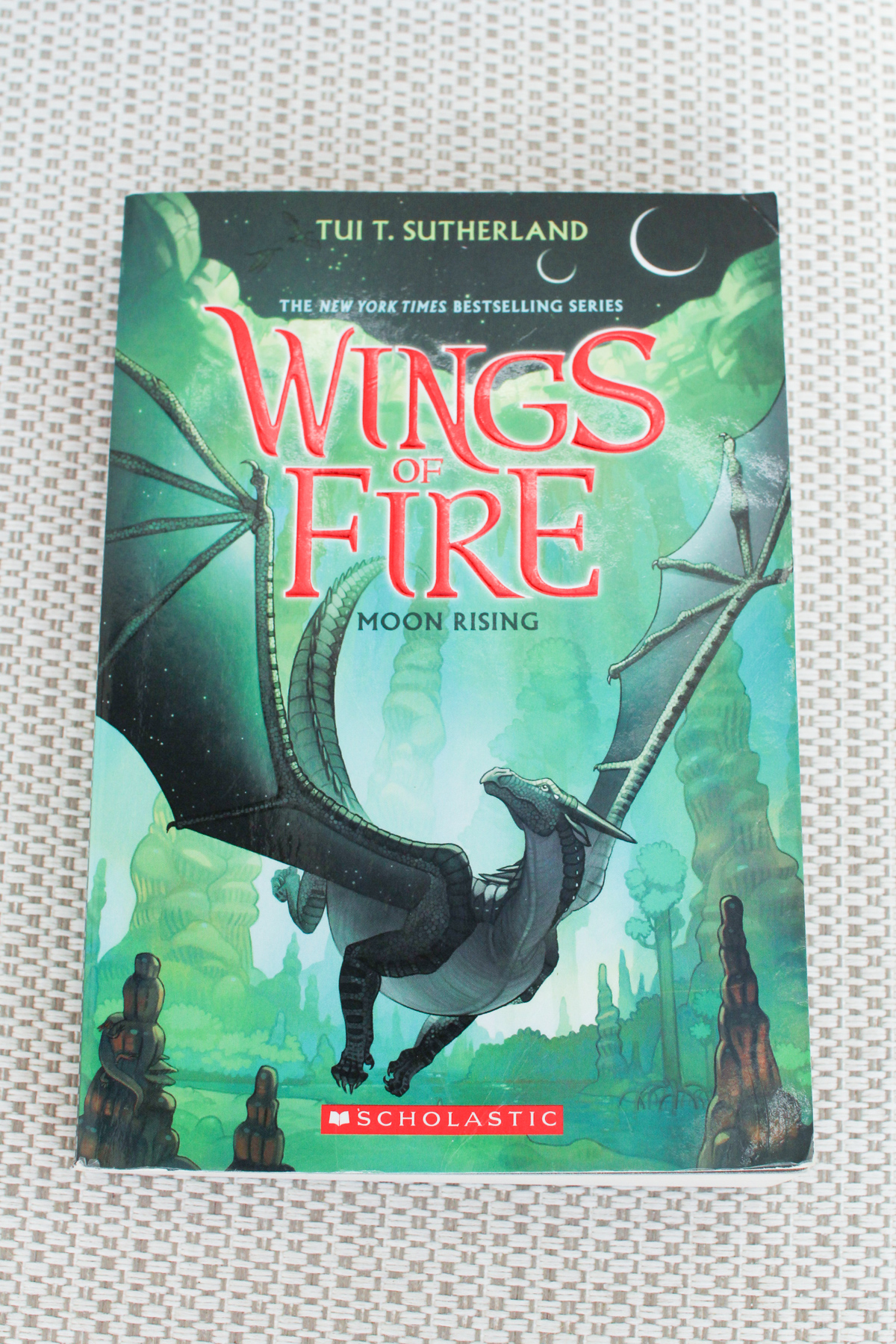 Let’s start with the book. Bunny has been obsessed with the entire Wings of Fire book series this year and her favourite character Moon is a Nightwing dragon. I know this book cover is very green, but Bunny was quite specific that a her dragon needed to be as black as possible. 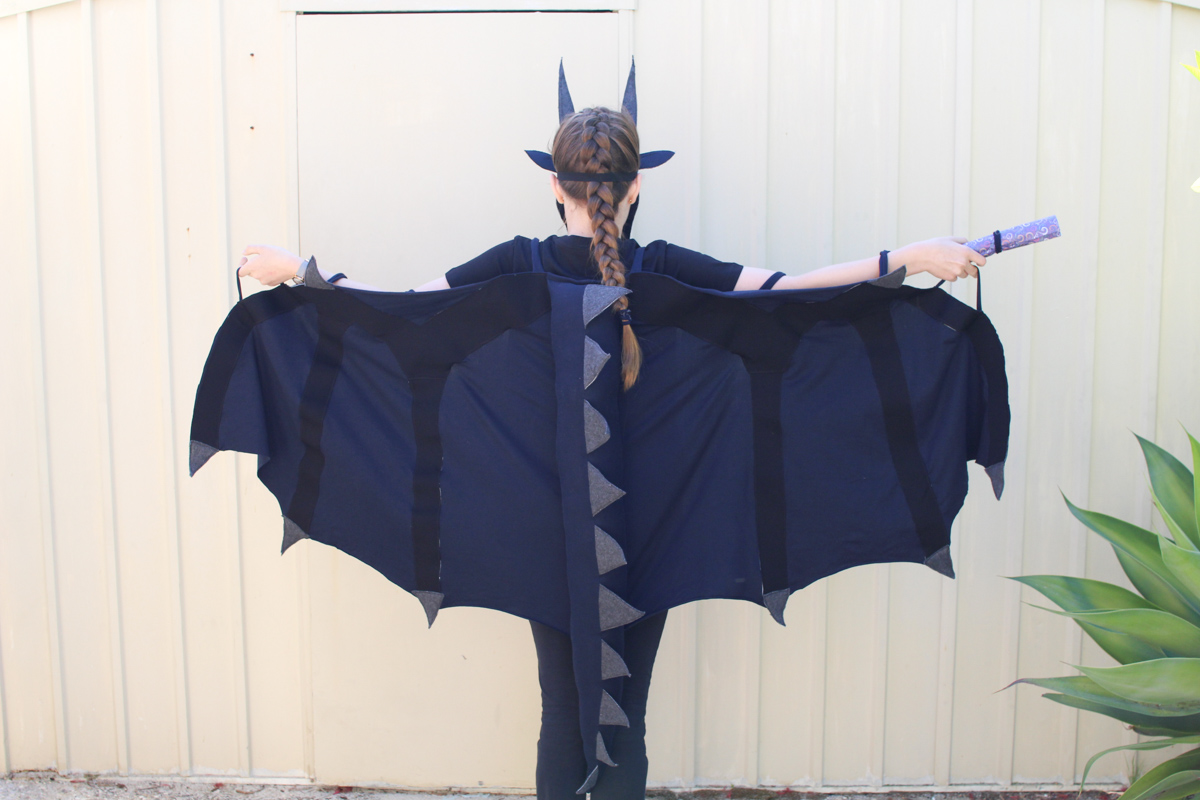 I really struggled trying to figure out how to make this costume and after a lot of googling online Bunny found this costume by JingyBoodles on Etsy which she desperately wanted. Unfortunately, this was last week, and getting a costume sent from America to Australia in a one week turn around wasn’t going to happen. But the JingyBoodles costume is perfection, and if you live closer I highly recommend purchasing one from this very talented maker. If it wasn’t for the timing, I would have. Given how much work Bunny’s was (and in all honestly isn’t close in quality to the gorgeous inspiration costume) I think the cost is completely justified. That’s my punt for supporting handmade business ;)

I didn’t take any progress shots and won’t be sharing any specific details for how to make this costume yourself, as given Bunny’s costume is heavily inspired and in many ways a replication of another makers wonderful work, I don’t think it would be right. 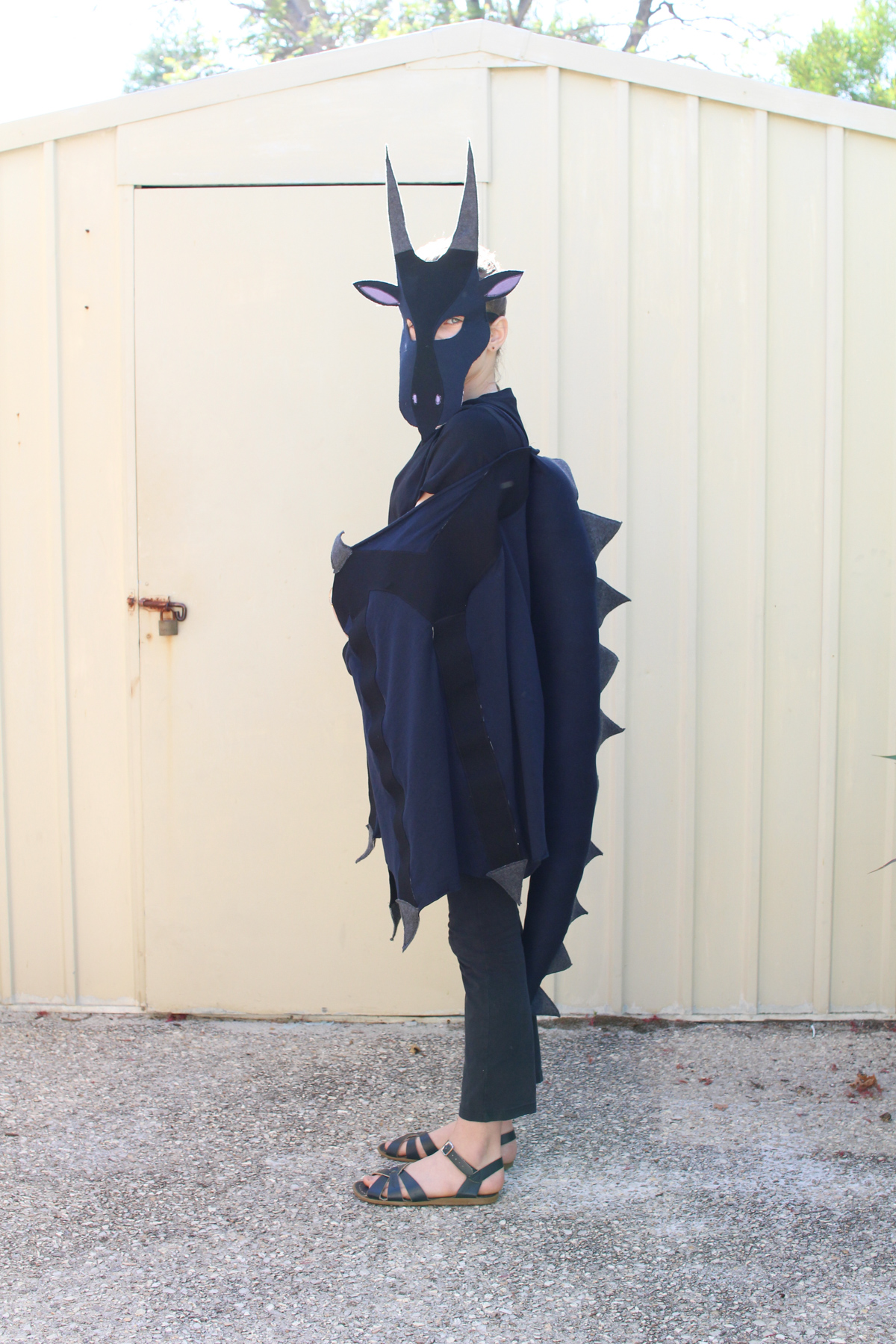 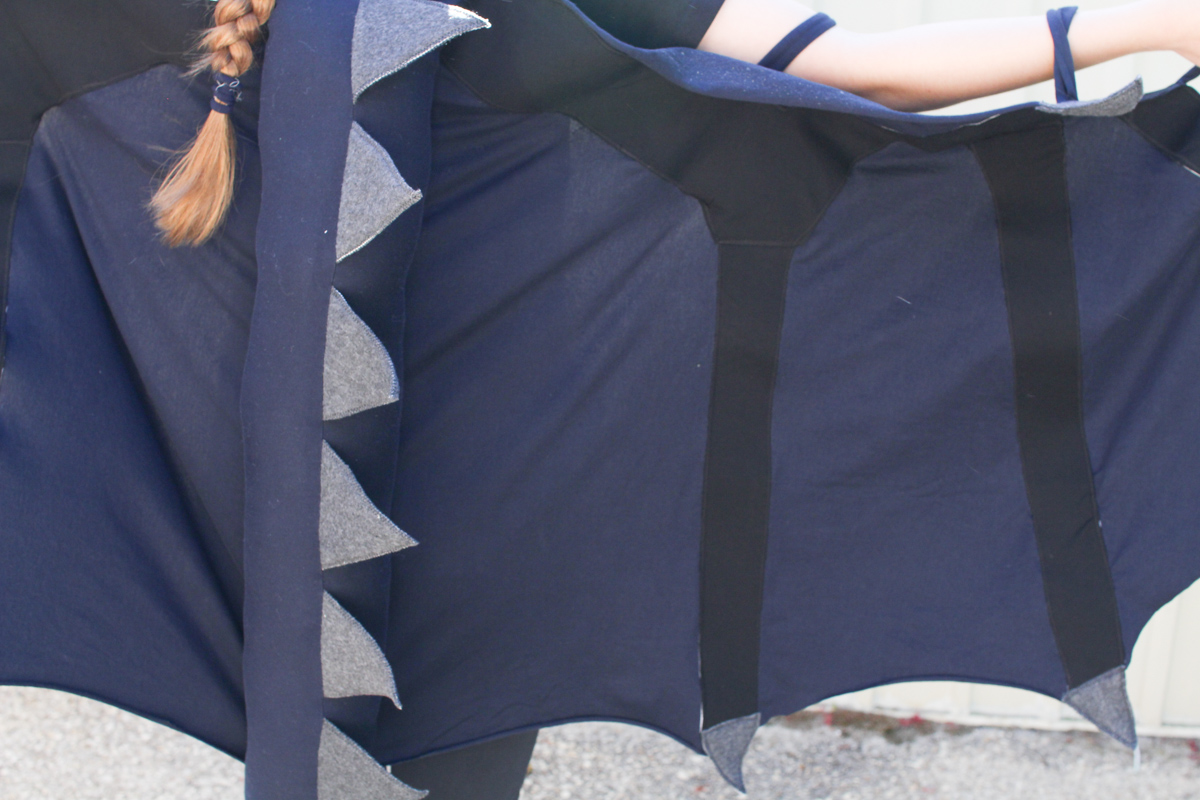 Looking at this years costumes I think one would assume that The Paw costume was the most labour intensive, but my goodness, this dragon was epic. It took me every night all week to get it done. I had multiple break downs. It was so much work and I made a few errors which meant I had to redo things. Out of all the challenging costumes I’ve ever made, this was the hardest. And yet I don’t feel like it looks as complicated as it was? But I feel so satisfied to have done it, because it was Bunny’s vision and she LOVES it! The elements were very much lead by Bunny, she drew all her plans out, designed her own mask, chose her colours and directed it all. I love that she chose navy blue for the body because I don’t think any of the details would have shown in a 100% all black costume. 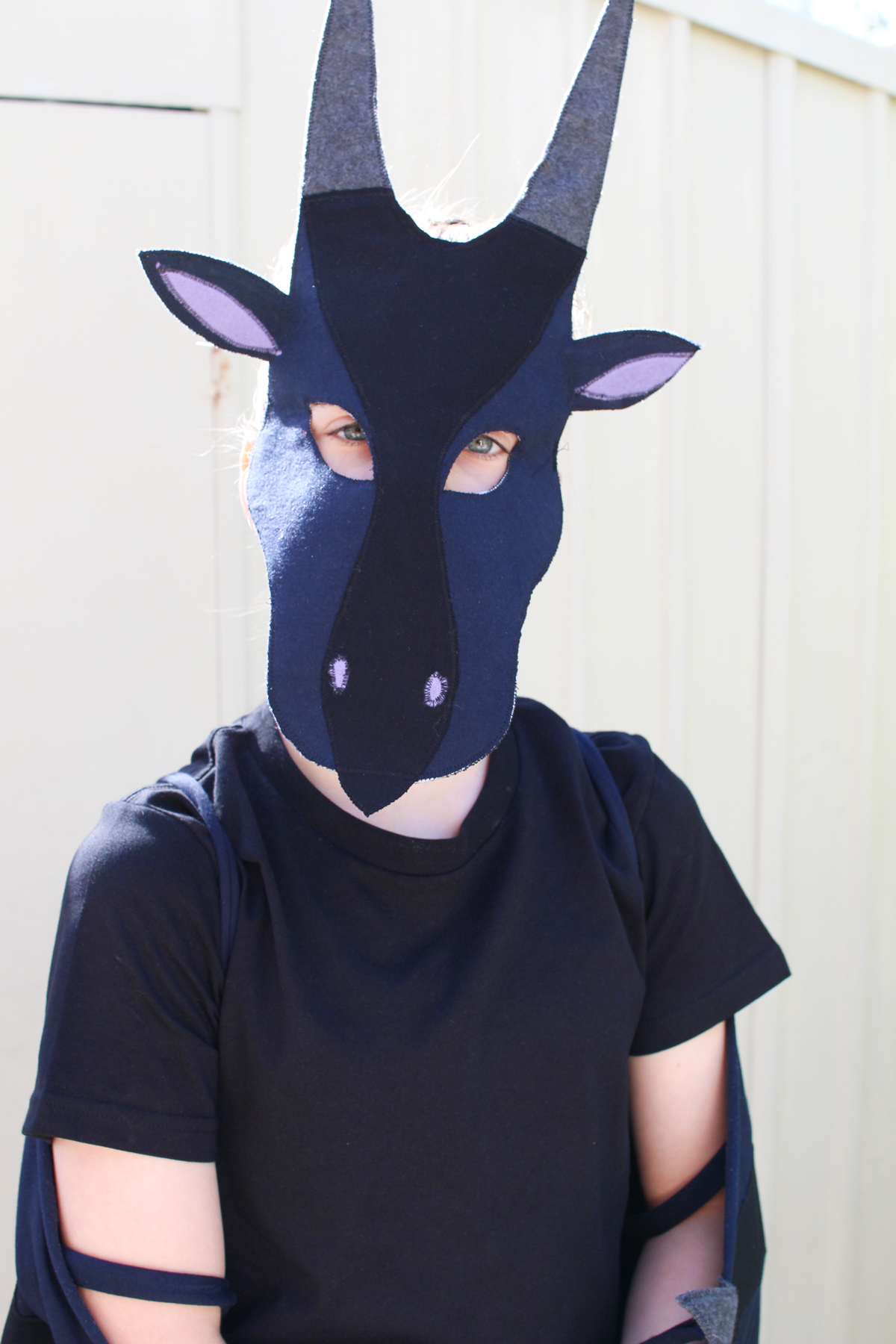 Given how hot it already is in Perth we made the wings from organic jersey knit so it would be light weight, and also because I had some already in my stack after making Chris a tee. The black for the wing details was leftover from a studio sample, and the grey and purple felt were leftover from other projects too. Underneath the wings she is wearing an AS colour black tee (see i went on a plain tee shopping spree this year to alleviate my seiwng load haha) and a pair of cropped leggings she already owned. 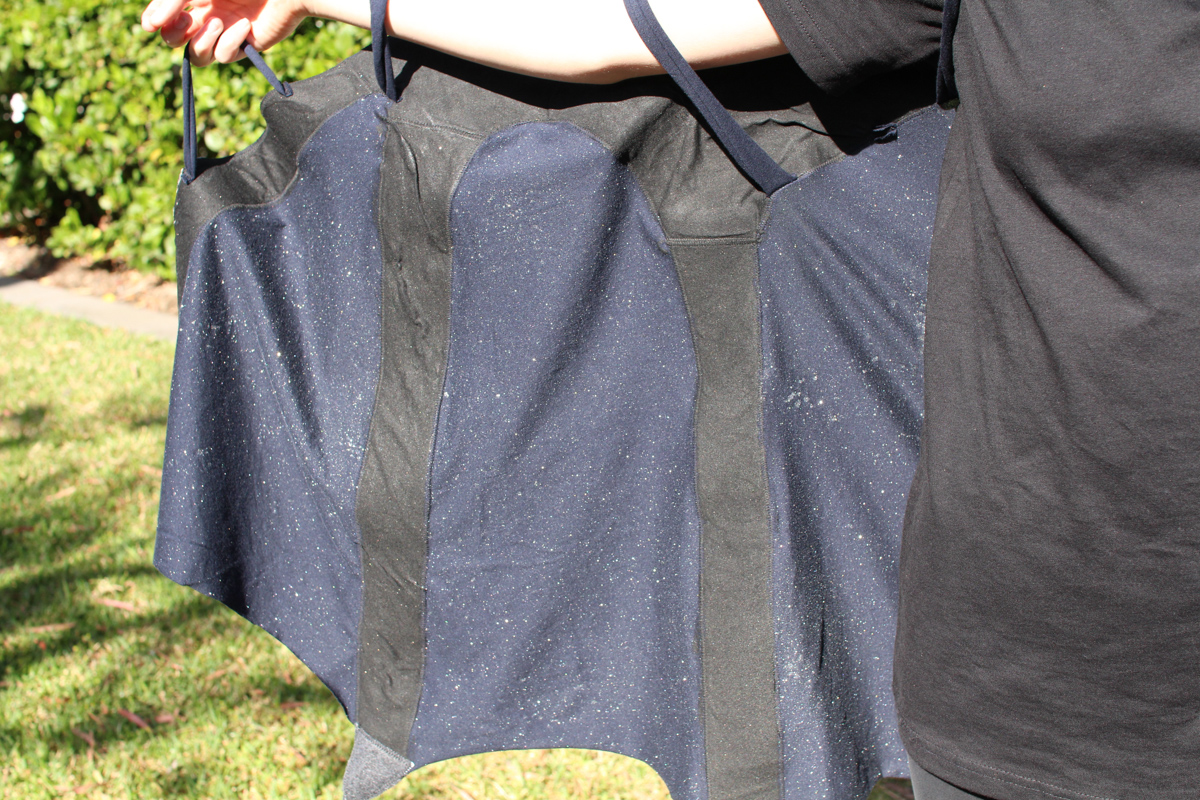 One of the details that Bunny was really keen on was the under wing detail. Apparently Night Wing dragons have underwings that look like the night sky to allow them to camouflage so it was important to her to get this detail working. We ended up finding some glitter fabric spray paint and had a great time spraying her wings in the back yard. We love how they turned out, but they were so challenging to photograph!! Sparkles just don’t glitter in a photograph as they should. 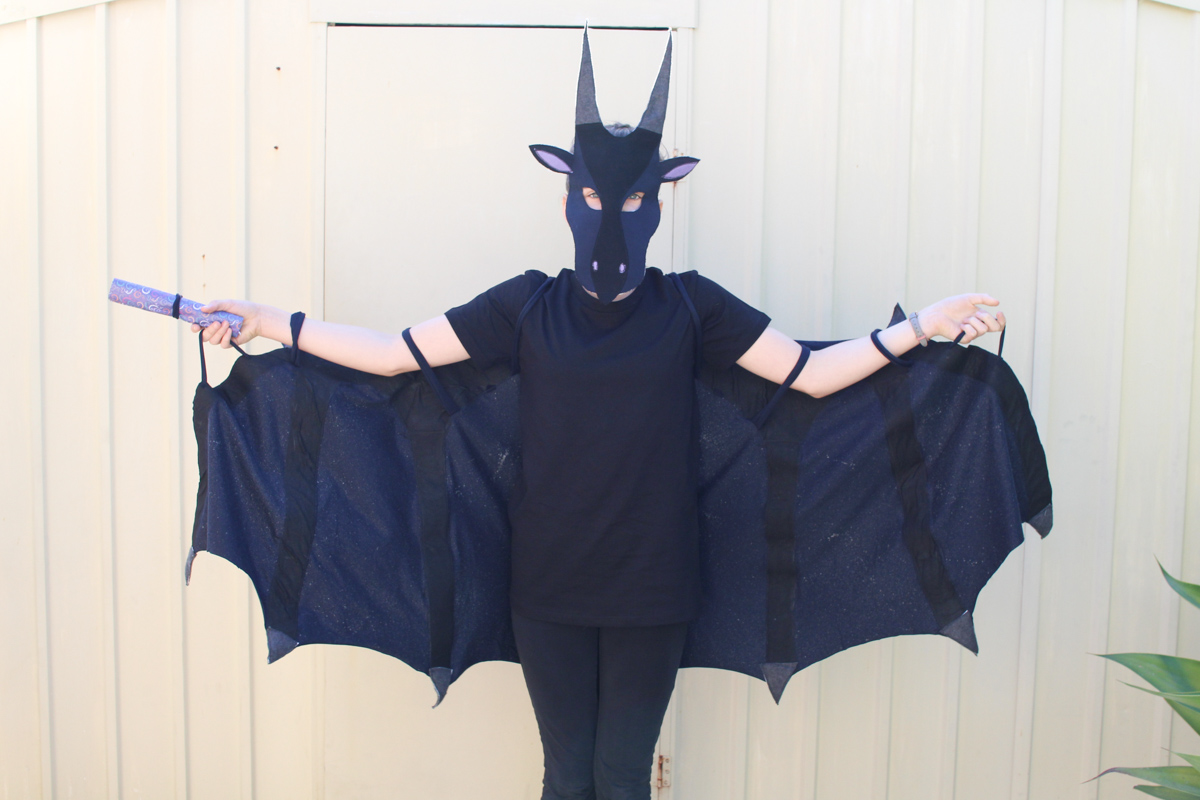 Bunny is wearing her costume again for Halloween trick or treating this evening, so I’m really thrilled she’ll get another use out of it. Just for fun I thought I’d share the rest of her handmade Book Week costumes over the years incase you’d like to have a look too!

Madeleine (two years in a row!)

Mary Lennox from the Secret Garden

Last year I didn’t make a costume (Sad) because she was a book character who was a normal girl and just wore jeans and a tee ;)

Well that’s farewell to Bunny’s Book Week adventures! I’m hoping that there will be many more costume making adventures for us in her High School years! 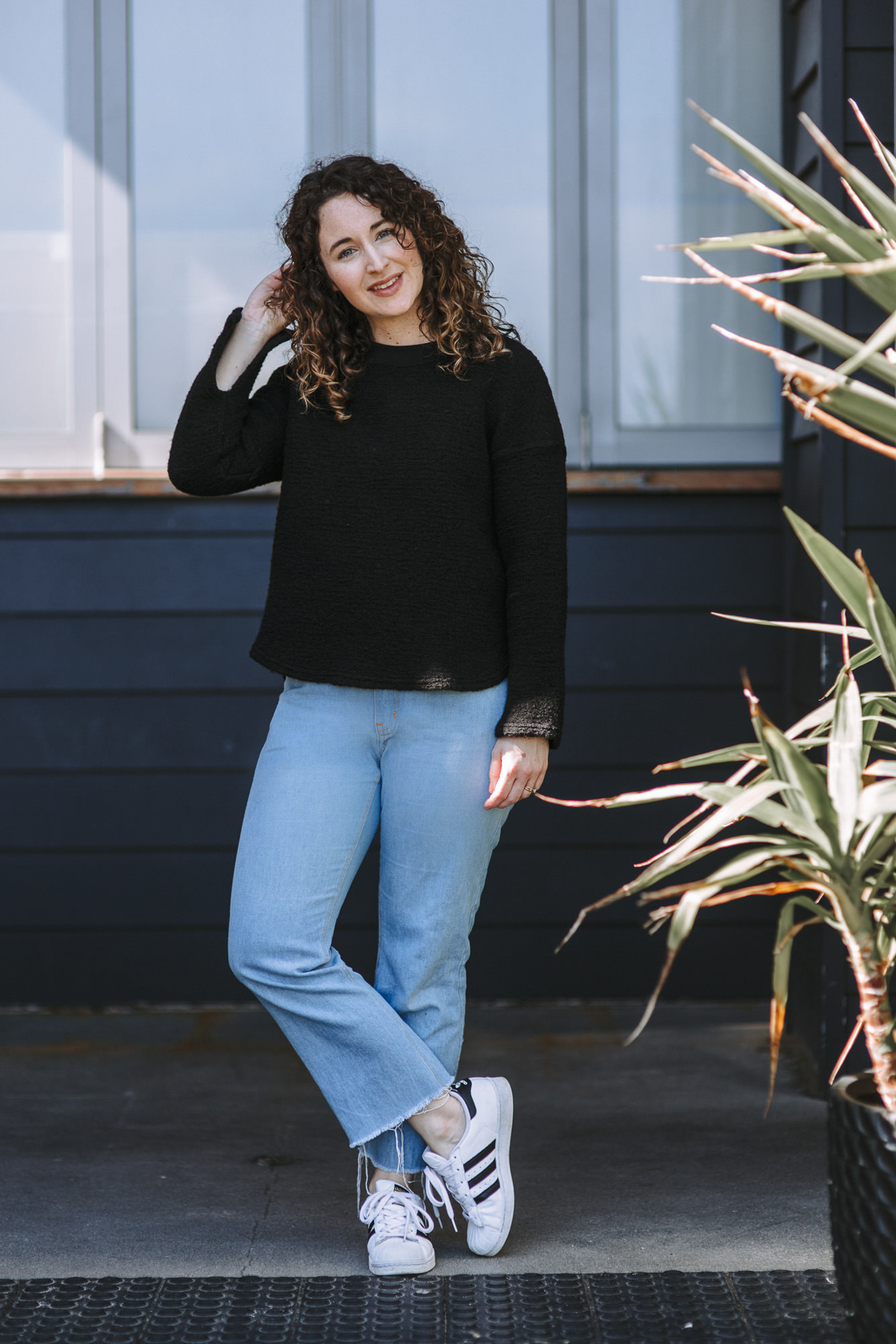 This Jarrah is the worst 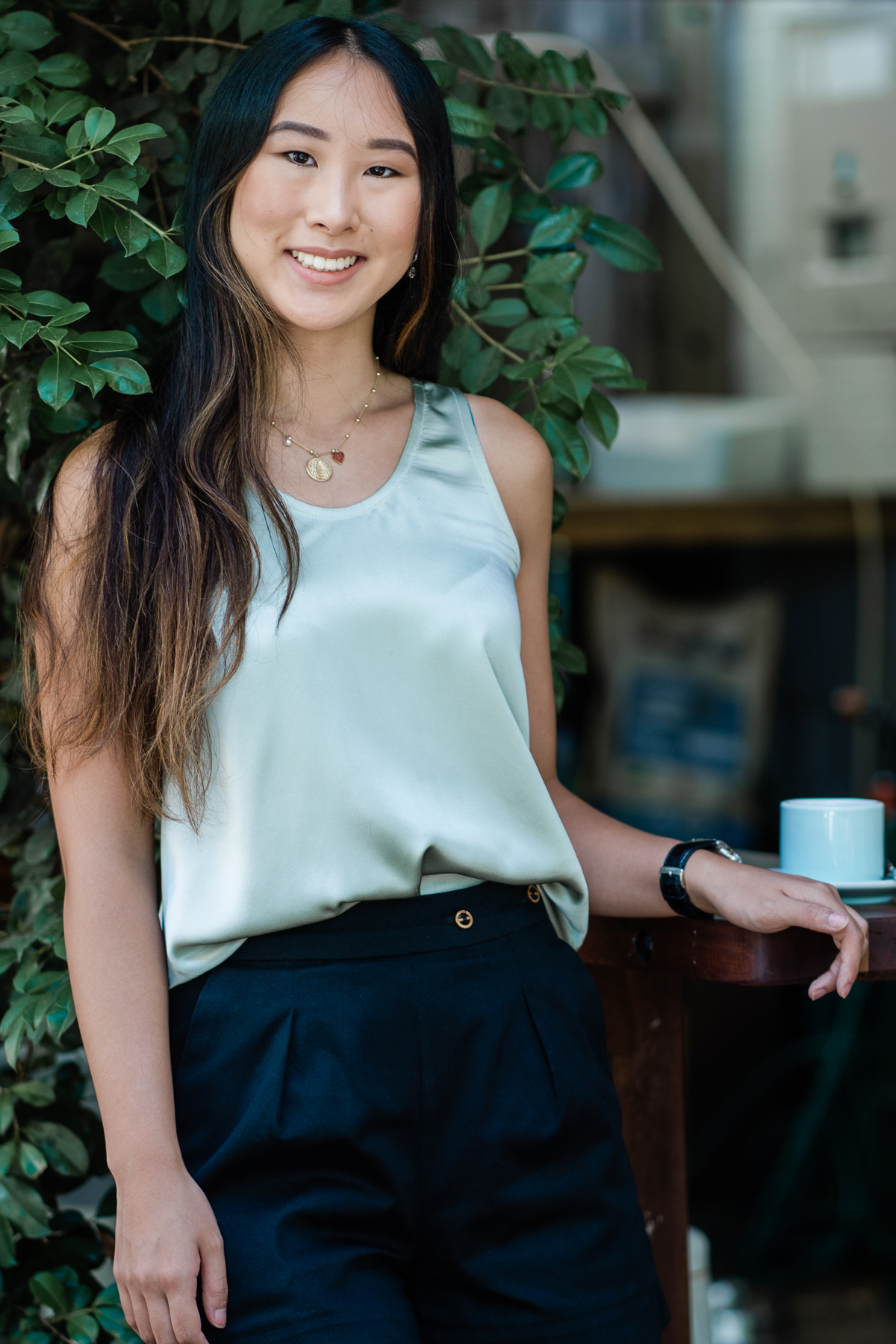 oh, I love this costume! I have never heard of the series but the underwings that look like the night sky sound epic… and I cannot believe she is going to be in high school already! I have been reading your blog for years and years, time flies :)

Honestly i can’t believe she’ll be in highschool either! It really has flown so quickly – it feels like yesterday she was a baby! I’m so glad you like how the costume turned out – I hadn’t heard of the series until this year either, but it seems to be doing the rounds of her grade this year :) Now fingers crossed my other two want to be a dragon at some point haha

Yay! That’s awesome Miranda! It is funny the stuff that looks cool but isn’t really practical – like over the shoulder sword sheaths ;) I bet she looked amazing and absolutely loved it!

It’s a great costume, I love the underwing / night sky detail ! My 13yr-old has just discovered Cosplay and he decided to dress as a character from his favorite manga, so much work for mama haha ! It’s so nice to be able to share these moments with them :-)

Oh wow that would have been a lot of work! I feel like the manga hairstyles alone are challenging!! I’m sure he was absolutely thrilled with what you created! I agree it really is so special to be able to share this with them :)
xo

That is so cute and scary at once. I didn’t know that Book Week existed.

lol i completely agree! Our little 6 year old Birdie screamed the first time she saw her in that get up, it was pretty funny :)

This is wonderful, I’ve been asked for a Wings of Fire Sandwing costume for Miss 8 this year so I’m trying to get up to speed with what is needed!