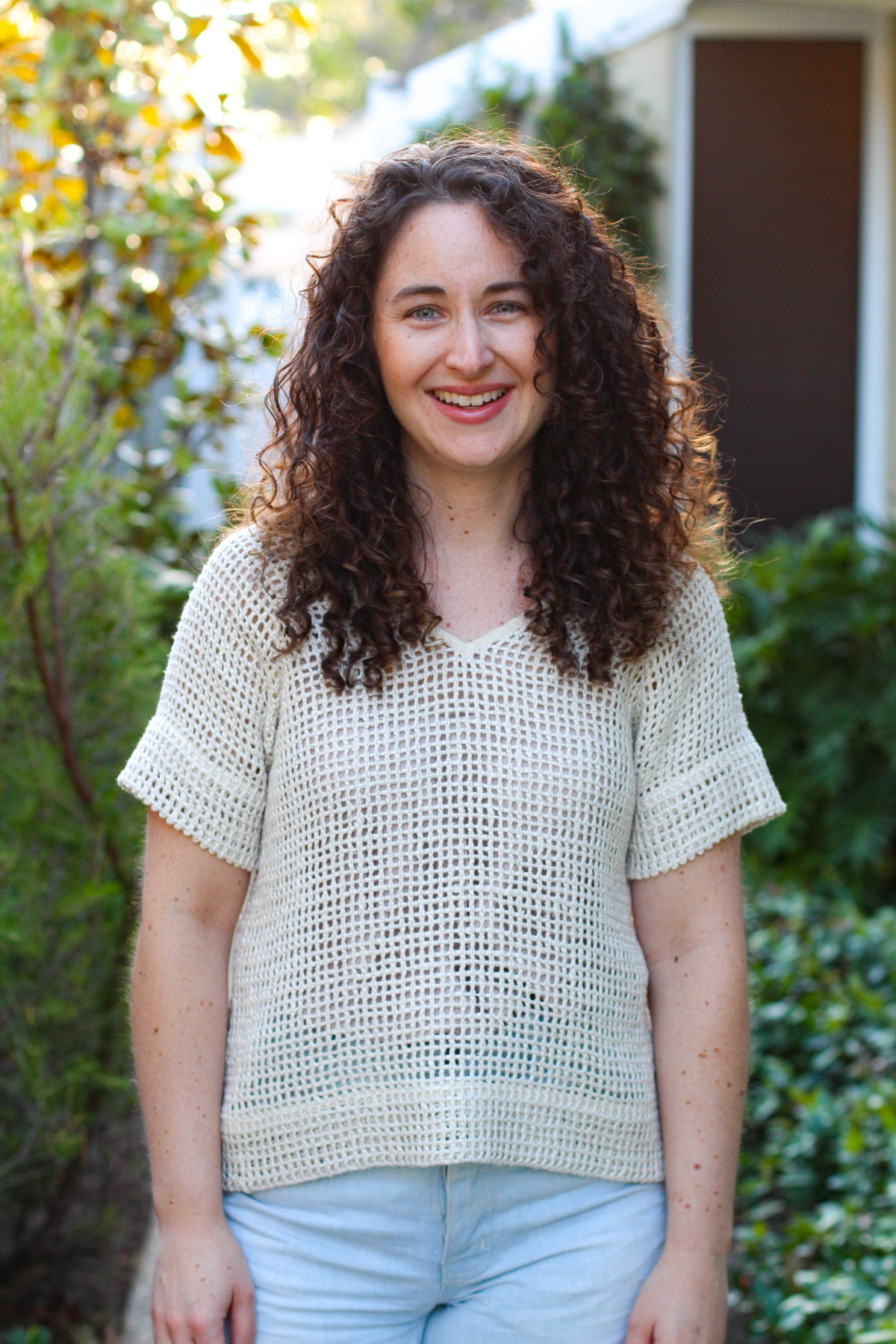 Like basically everyone else, I’ve been social distancing for a few weeks now, and with all that extra time at home, I’ve found myself sewing more. A little bit here and a little bit there. I’ve decided to use this strangely quiet period of life to finish off all those projects that I’ve had planned for ages, or only gotten halfway through. And this special top using a raw silk open weave fabric is the first make as a result of my staying home and sewing efforts!

This fabric is so cool and I’ve had it for quite some time just waiting for the courage to cut into it. It’s a raw silk open weave, and the texture is unbelievable. I’ve never seen anything like it before! It’s soft and spongey and delicate and I am more in love with it than a person probably should be with fabric hehe.

I took my time with this make and thought really carefully about pattern choice and all the finishes as I knew it would be a challenging sew. I decided on a River top as I knew a loose-fit garment with mostly straight seams would be a good fit for this fabric. Every step in construction has included its own unique challenges and I’ve really enjoyed figuring out how to tackle them all.

I thought I would share all about the process of making this top in case you ever want to use a fabric like this and are wondering how best to handle it!

First up was the prewash. I always handwash silk like this but this fabric soaked up so much liquid that it took rolling in quite a few towels to remove enough liquid to let it dry flat. And the vast size of the yardage meant taking over my whole laundry counter for 24 hours while it dried. In summer. It felt a lot like blocking after knitting, to be honest … but then again I’ve only ever blocked knitting that one time ha.

When it came time to cut I realised I had a few issues. The first was that the open weave had tightened up significantly more along the selvedge than in the centre of the fabric, and though this was expected it was still something to address. In the end, I decided to steam the entire yardage and stretch out the side seams as I did so in order to even out the weave of the whole piece of fabric. This seemed to work pretty well.

It was quite a pain to cut as the open weave resulted in a lot of shifting, and the pattern of the weave was quite organic and uneven. So I decided that matching the weave grid at the seams was 100% not going to happen and instead I focused solely on cutting evenly on grain. That took a bit of manipulating, and a whole evening of cutting. Then I left all the pieces carefully piled on the pattern paper to prevent them from shifting and let it sit for a bit while I decided how to tackle the construction.

The open weave is incredibly unstable once cut so I knew I would need to stay stitch every seam in order to stabilize it. The problem is that the fabric is so shifty that I was worried that the very act of staystitching would warp it. Usually, in that instance, I would use fusible stay tape or a thin strip of fusible interfacing, but as this fabric is see-through I couldn’t use anything that would be visible later. Then I remembered my Granny’s favourite trick for shifty fabrics – tissue paper! I cut 1″ wide strips of tissue paper to be the length of each seam. Then I pinned them to the fabric. At this stage, I had barely moved the fabric and the seams had already begun warping and needed to be eased into the tissue paper.

At the machine, I sewed 1.5cm from the raw edge on top of the silk with the tissue paper underneath (between the feed dogs and fabric). This was twofold – one so that I could see what I was easing in and also so that the tissue paper would feed evenly and protect the silk. This fabric is so slubby and bumpy that it was super hard to keep an even stitch!

Once I had staystitched every seam I carefully pulled the tissue paper off. As you can see even with all this careful handling the raw edges were already beginning to unravel badly.
I knew that I would need to bind the seams to protect them from unravelling and also because they would be visible from the outside of the garment. I spent a lot of time trying to decide what fabric to use to bind the seams and in the end, I decided on silk chiffon in the same tone as the body fabric. I realise this might sound like adding another level of difficulty to the whole thing, but I wanted something that was light and airy and wouldn’t add more bulk or weight to what is already a very thick fabric and quite bulky seams.

I’m super happy with this decision because the bound seams just look so gorgeous and i know this top is going to last really well because of them.

When it came to applying here was my method.

Working one seam at a time I sewed the seam the usual 1.5cm from the raw edge. Then I trimmed back the seam allowance to 6mm. GULP. Again I know this sounds crazy, but I really wanted to reduce bulk and also the visual appearance of those seams on the outside of the garment.

I then pressed the bias strip away from the garment.

Then I turned in another 6mm and pressed. You’ll notice that 6mm x 4 does not equal 3.8cm – and the reason for that is that I wanted a bit of extra bias strip to account for the width of the seams which was hefty!

Then I carefully folded the strip over the raw edges, pinned it in place and sewed as close to the folded edge as I dared. Here is where I confess that these are not the most perfect bound seams I’ve ever sewn. The bumpy texture of the fabric made sure of that but I’m ok with it, I’ve decided it’s part of the charm ;)

Here are a few shots of the top coming together. I kept working one seam at a time until all the raglan seams were done, and then I decided to do the neckline whilst everything was nice and flat.

When it came time to sew the bound neckline, I decided hand sewing was the way to go. I still attached the bias strip to the neckline flat using the machine, but then after I had pressed and folded over the strip to enclose the seams I made myself a cup of tea, sat on our patio couches and hand-sewed it closed whilst chatted to the kids while they played. That ended up being my favourite part. I think I’m going to start doing more handwork outside in the fresh air and chatting to the kids. Especially as we are spending so much time in the house at the moment, every second in the fresh air is much appreciated by me!

I’m pretty happy with how the v-neck turned out. That part is always a bit tricky, but I’m really happy with it – somehow it always feels easier to be accurate when hand-sewing?

The final touches were the hems! I once again bound the raw edges, and then when I turned them in (River has quite wide hems and I wanted to maintain them) I thought the most stable and least visually distracting way to sew them was to line up the bound seam with the weft and stitch right through one strand. I think it worked really well! You wouldn’t believe how long I spend carefully pinning those hems so that the lengthwise grain/warp threads were aligned properly, and yet when I look at them now I feel like you can’t see that effort – but maybe that doesn’t matter, maybe it’s fine that I know the effort was put in.

So that’s the end of the story of my loose weave raw silk River top! When I wear it I’ll be wearing it over a camisole like today – i don’t quite feel brave enough to wear it without one. And I’ll be handwashing it carefully every time and letting it dry flat as per usual. I love this top so much, and all of the work that went into it really adds to the enjoyment for me. You know what I mean? It turned out exactly how I was hoping and I can’t wait to wear it more when are less confined to our homes. I feel like as soon as that happens we are all going to have the most amazing handmade wardrobes to wear out haha!

I hope you enjoyed reading my essay about my open weave raw silk adventures and that if you ever come across a fabric like this that perhaps my notes might help you a little bit! 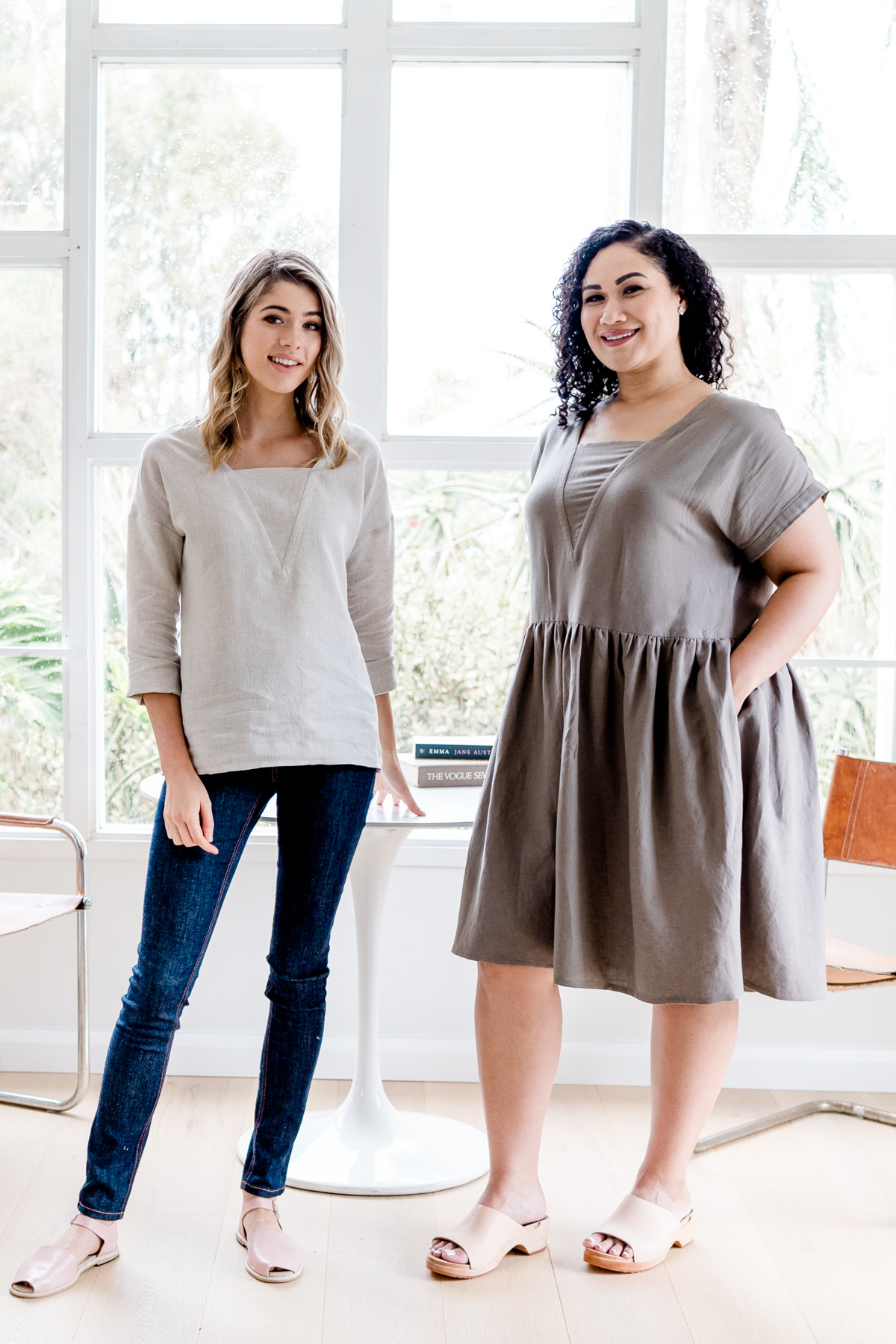 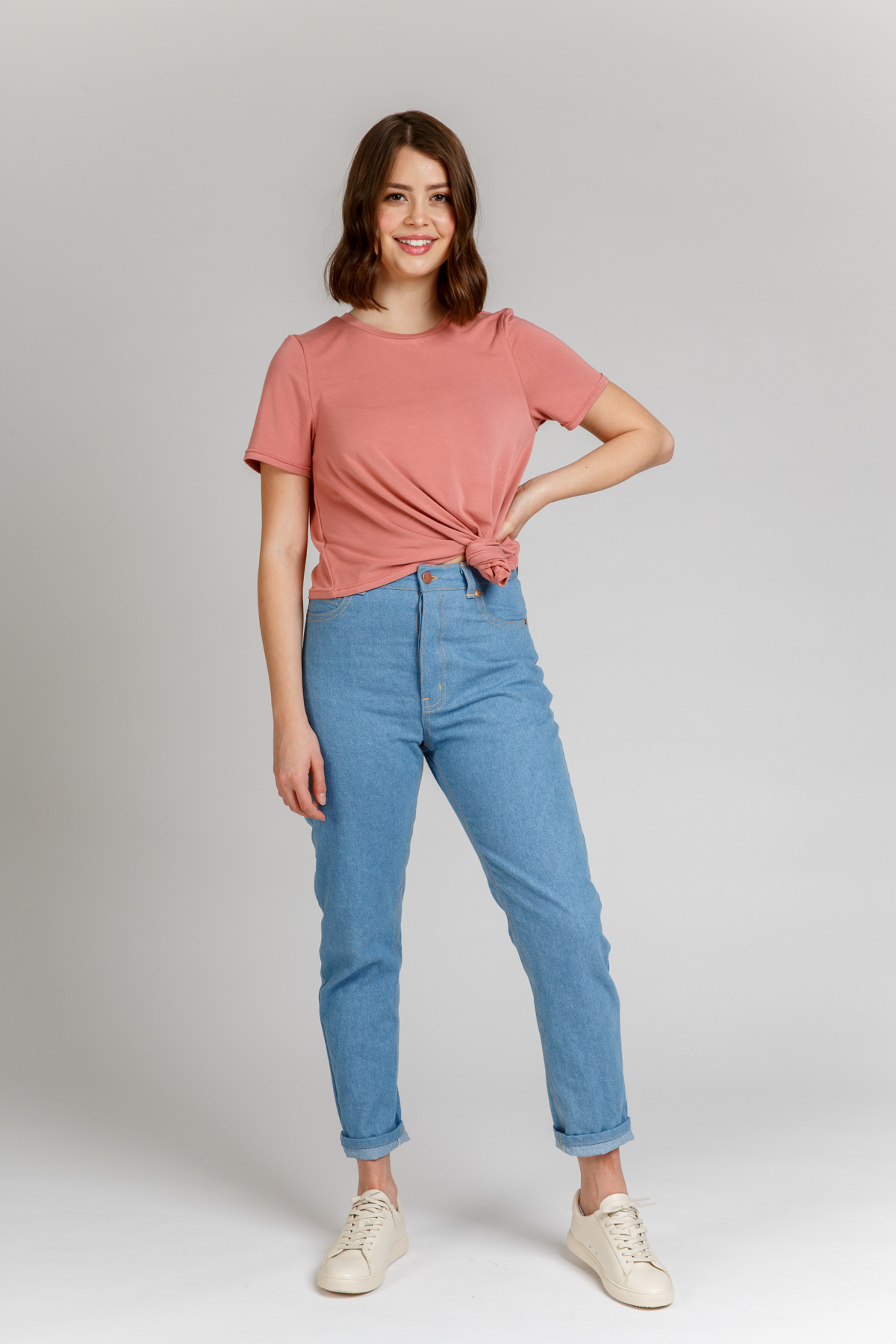 You’re a brave girl and your top turned out beautifully…congratulations!

This looks like a Herculean task! It looks fab but I do hope you love wearing it as it took such detailed commitment to make!

Beautifully made and it looks fab. If you hadn’t spent the time on the hems then you WOULD see it.

That is an awesome top. it turned out very nice, and it looks good on you too.

What a beautiful top! I think it is these challenges that keep sewing interesting. And I can see the rewards of your efforts in lining up the hem so beautifully. Enjoy wearing your new top.

Thank you for sharing this journey, fabulous fabric used very cleverly. You cheered me up on my first day up after becoming ill, (pretty sure it isn’t covid as there is no cough to speak of).
I hoped to sew today but feel exhausted now I have made it downstairs! Only another 9 days self-isolation to go!
You can [should] see all that hard work every time you wear that top! It will show in the wonderful way it drapes (with stable seams), that it will still look wonderful after the umpteenth wear and wash, never have any frayed edges or drooping seams. Anyone who has ever make a ‘difficult fabric garment’ will recognise your skill and ingenuity…

Thank you Megan. That was very instructive. I have some cotton lace with similar open weave. I have been wondering how I will sew it, and you have endorsed some of my ideas, and increased my knowledge

This is beautiful, where can I buy that raw silk open weave fabric? Love it.

What a gorgeous top! Thanks for this!