Flint Sewalong: How to remove release tucks, and convert to a flat front 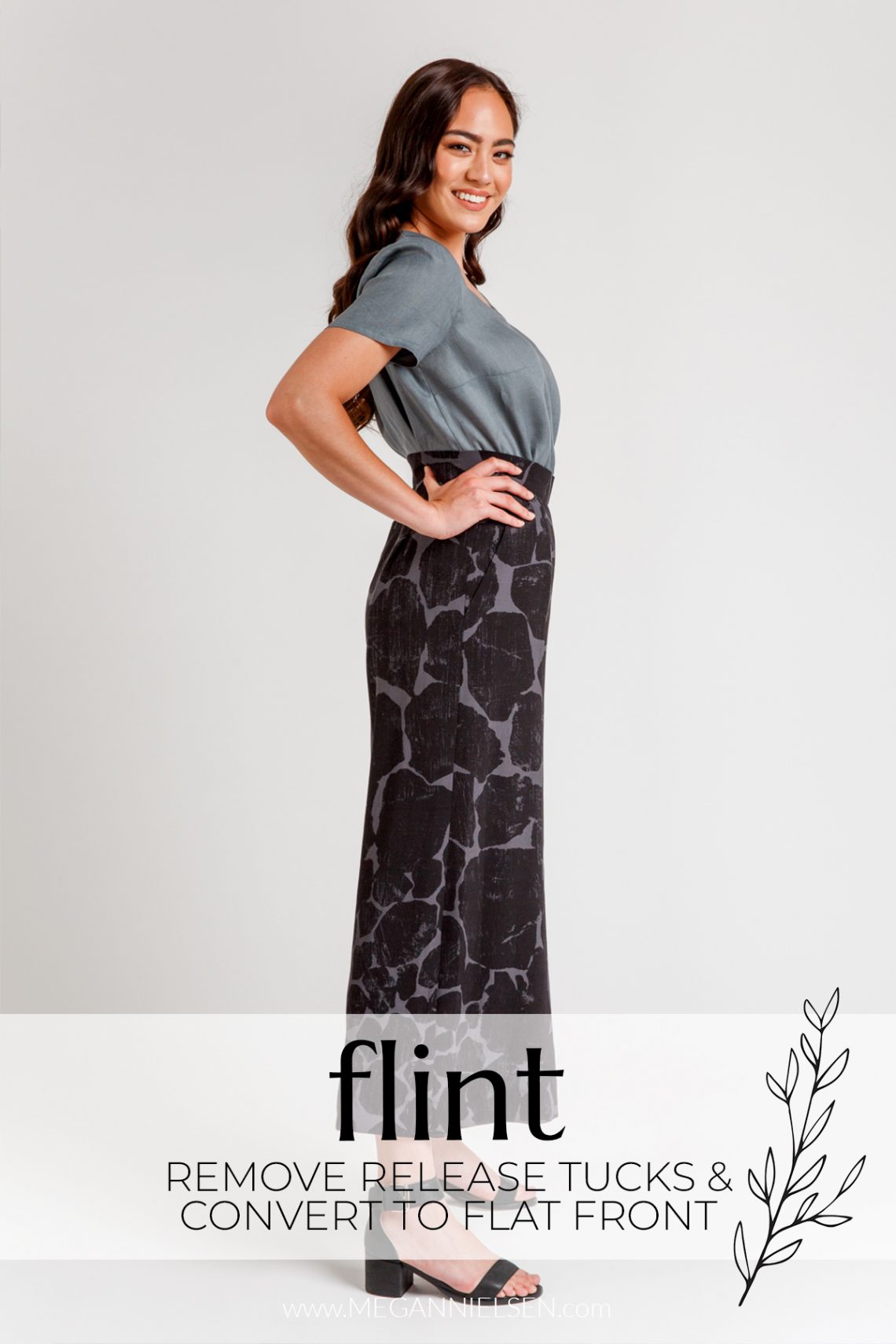 The Flint pants and shorts pattern currently includes release tucks, and today I’m going to show you how to alter your pattern to remove those release tucks and convert your pattern to a flat front! I absolutely love it when you guys come up with suggestions, and this tutorial is one that has been requested quite a lot since Flint was released – so I figured it would be a great addition to the Flint sewalong. Now that I’ve written it up I really want to try it myself!

Before you start, don’t forget to trace your pattern before making any alterations, so that you can preserve your original pattern. The only supplies you’ll need for this alteration are a ruler, sticky tape and tracing paper.

The first step is to draw some guidelines and slash lines. Draw a vertical line that goes through the centre of the release tuck (this is a notch on the Flint pattern) and down until below the pocket.

Next draw lines through the release tucks to extend them until they touch the vertical line. This is going to look like a giant dart (it’s not). Please don’t sew it like this or it will look ridiculous hehe.

Next up we need to draw some horizontal slash lines. Draw a line that extends from the inseam to the side seam and goes through the intersection point of the previous slash lines.

Lastly, overlap the slashed pattern sections until the release tuck legs line up in the centre. Tape in place and then true your side seam and waist seam, by adding or trimming back pattern paper until the seams are smooth and not jagged.

Now your release tucks have been removed and your pants have a flat front! You can cut out your fabric and sew your pants as per the pattern instructions!

We absolutely love seeing what you make, so don’t forget to tag your creations with #MNflint and @megannielsenpatterns if sharing on social media.

Don’t have the pattern yet?! 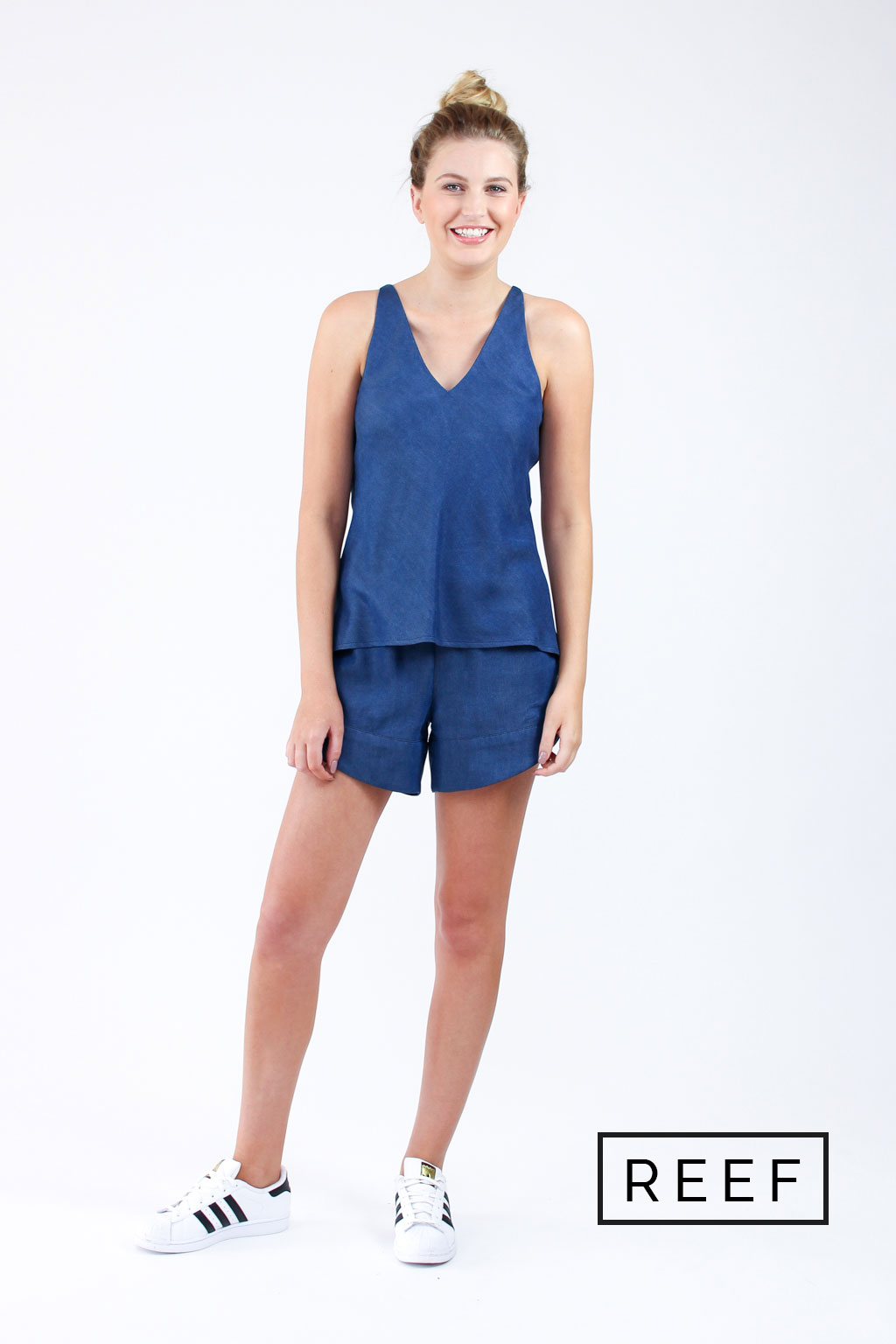 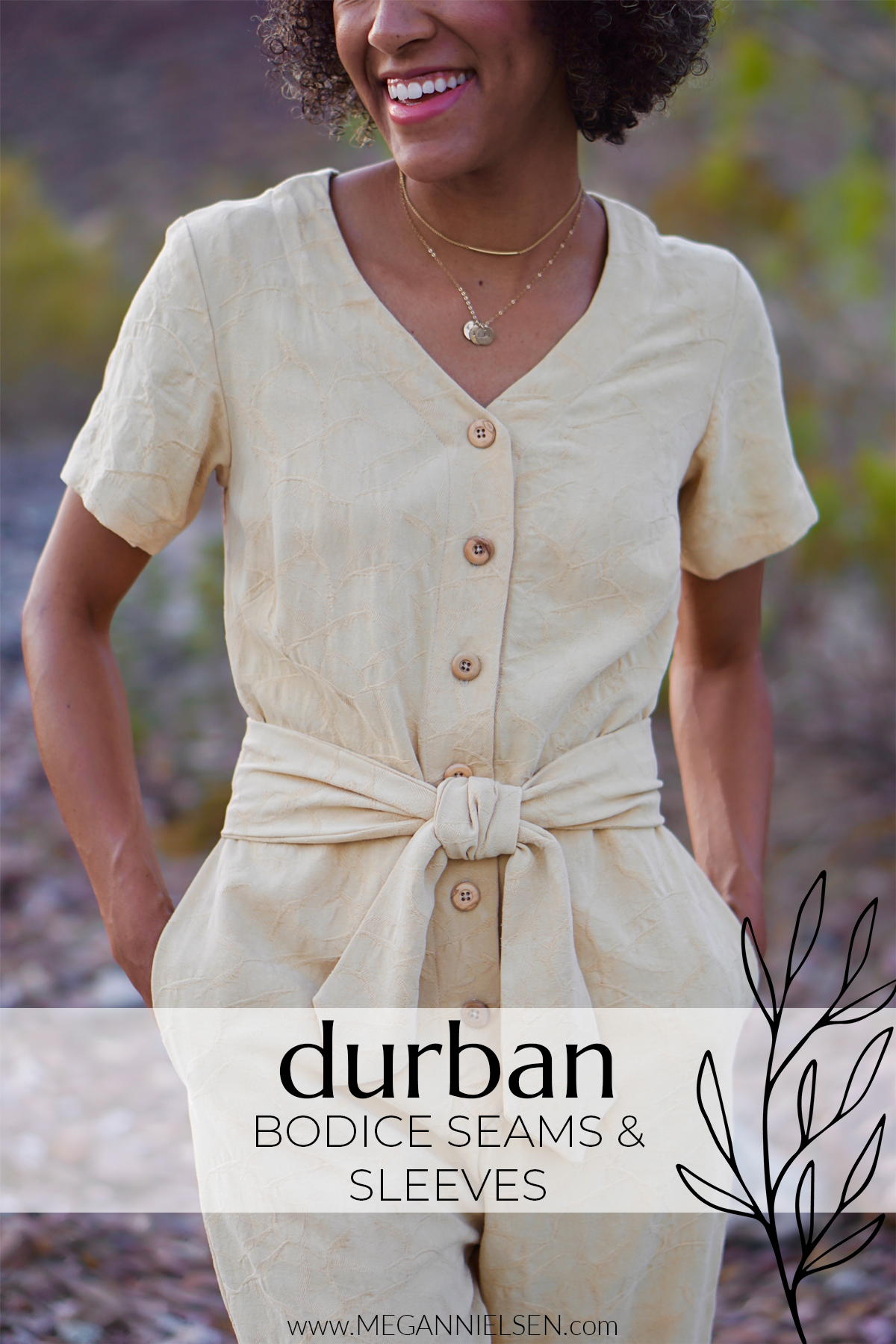 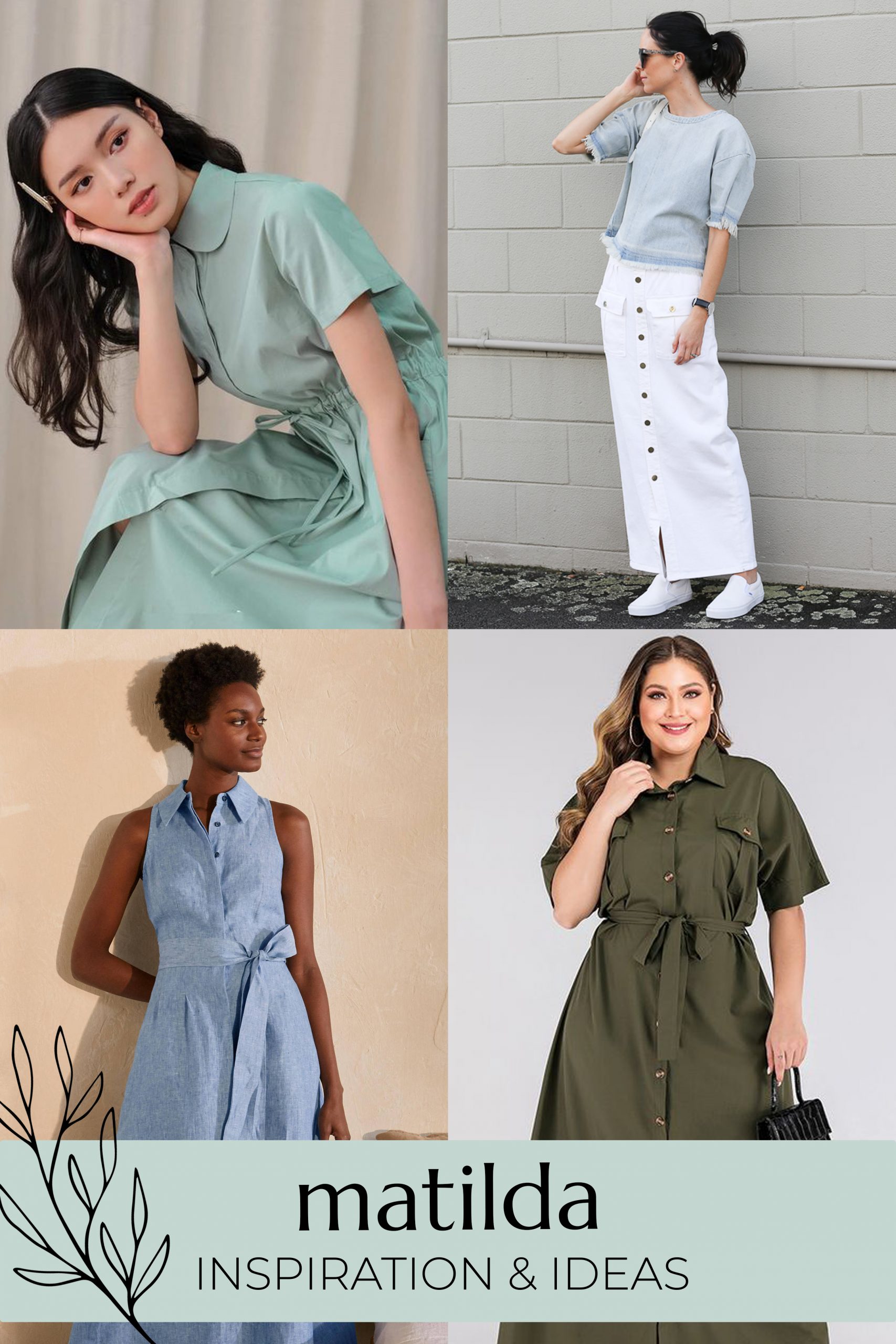 Inspiration & Ideas for the Matilda Dress

Thank you so much for this tutorial!!! It is so great! I will be doing it in the future with some of my pants. I really appreciate it!

Thank you so much for this. I love the design of Flint, other than the release tucks, which just do not suit my body shape at all.

[…] really like the idea of removing the release tucks and making Flint in denim as a more stylish alternative to jeans. For a casual look i love pairing […]

[…] How to remove release tucks and convert to a flat front […]

[…] How to remove release tucks and convert to a flat front […]

[…] the leg so that my final leg opening was 20″. I also eliminated one of the darts by following Megan Nielsen’s tutorial. Finally, I added 1″ to the crotch length as I wanted the pants to sit a little higher on my […]

[…] Megan Nielsen flint pants, lengthened for to about 8cm to work well with heels too. I followed the tutorial on the blog to remove the release tucks and convert to a flat […]

The point where the three lines meet is below the point you have marked in your illustration, so the horizontal line is below the crotch point – assuming that’s okay?

I mean in my pattern (size medium)

[…] started from a size 16. I’d recently removed the tucks from MN Flints as per the tutorial, as a learning exercise, so I thought I could apply that technique to remove the pleats from the […]

[…] I lengthened my shorts 3″ and I also eliminated the release tucks on the front pieces. I used this tutorial on Megan Nielsen’s blog and it was a really easy […]

[…] Treating the pocket and front leg as one piece, draft out the tuck. I like this Megan Nielsen tutorial. […]

Flint Sewalong: How to lengthen or shorten pants

Inspiration ideas for the Flint pants