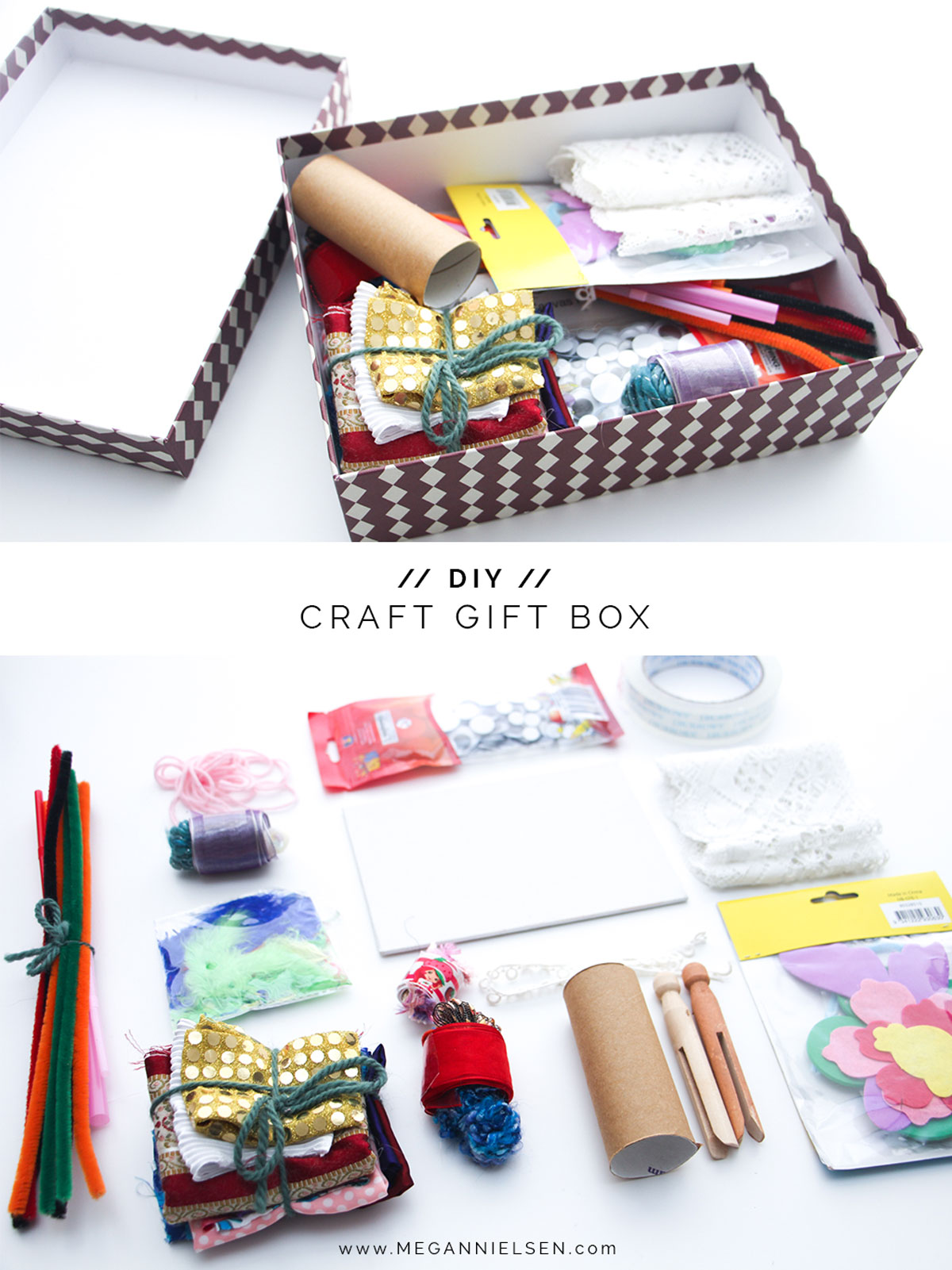 I wish I had been the one to think of this gift!

When it came time for Bunny’s birthday party, her friends mums began asking me what things she liked. I answered the same: anything to do with art or crafts. Bunny is a true creative, and she is 100% happiest when she is making something. That’s really all she wants to do. Every single day.

Anyway, when her party came around, this box was one of her gifts from a sweet friend, and her and i were both completely blown away. The very first thing she did was to careful unpack each item and gasp over it’s possibilities. It’s a collection of craft supplies, lots of things you could call random, all packed together in pretty little sets to be used for whatever she wanted. She has used this so many times already its unbelievable.

I think this might be one of the most amazing gifts i have ever seen – it was thoughtful and absolutely perfect, and just goes to show that sometimes the best gift doesn’t come from a store. Though seriously, someone should start selling these!

Just incase anyone is thinking of putting together something like this for a birthday or Christmas, Bunny’s craft box included:

as seen on: Veronica Darling

The importance of ironing & pressing your sewing creations

This is such a lovely idea! And also it doesn’t have to be just for kids. I think a fellow sewer would love to receive a box full of trims, buttons and bits of fabric (I know I would!) Definitely worth keeping in mind!

How to sew piping into any seam