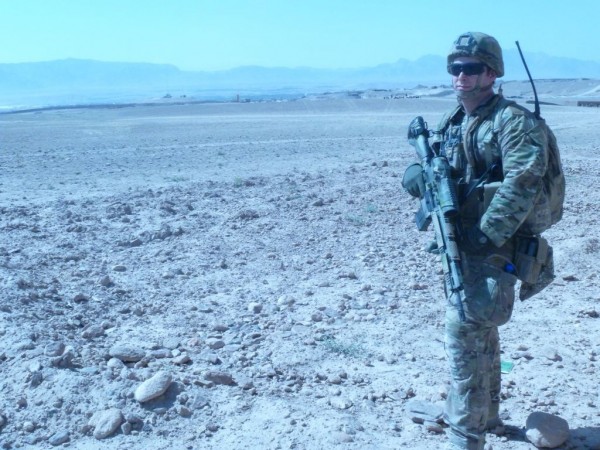 As a child my worst nightmares always centred around my little brother. Something terrible would happen to him and I would be unable to protect or save him. I suppose it’s ironic that he grew up with an intense desire to protect and serve others.

For the past few months he has been serving in Afghanistan – it’s been a stressful time, especially since many more Australian troops have been involved in incidents than normally – and many close to him. We’ve been thinking of and praying for him constantly, and finally, he is home!! And i couldn’t be happier. Today we are on the East coast of Australia to welcome him home – its going to be awesome.

I feel like so much of this year has been defined by moving home and everything that has been going on with Matt.

At the beginning of this year, we had begun thinking about moving back home to Australia. Almost as soon as we told my family this we found out that my brother was about to be deployed to Afghanistan. I hadn’t seen him in 5 years, and the thought of him going to a war zone without even a few moments together, broke me.  In all honesty – we couldn’t afford to fly home for a visit and then move home later that year. It was more than we could do. So we made the hard decision to move back with just one months notice, with the chance that we might miss him before he left (as we had no definite dates for when he’d leave, just hints). We weren’t able to tell anyone that this was why we were coming home on such short notice – due to the nature of their deployment – but i think our quick move probably makes more sense now.

In the end, we were blessed, and got to spend a whole week together before he had to leave. I feel like we’ve been holding our breath these last months, and now we breath.

I’m so proud of him for the work he has done, and the man he has become – and so grateful to have him back here – and able to spend Christmas together. And I have such a new respect for military families, that go through long periods of separation, and worry and stress. All because they believe in a cause bigger than themselves. You are amazing, and I am in awe.

Learning How to Take a Break

What a relief for you and your family. I can’t imagine what that must be like. You must be so relieved he’s ok!

A massive thank you to your brother who has put his life at risk so that me and my family can sleep peacefully at night. You are a hero. God bless you.

I’m so happy for you, Meg, and so glad that everything has worked out beautifully :) Blessings all around!

Oh good for you! I am so glad he is back. So weird I had sort of a parallel thing happen this year: January we started thinking seriously about coming back. July, my youngest brother got married and my youngest sister had her seventh baby. Having already missed enough babies and weddings, we had to choose to move eight people in a short time frame, or for me to go alone…we found that it was best for me to come alone. Now we are about to buy tickets for the eight of us to return to Perth in just a few weeks. I am SO glad your brother is safe.

Great news Meg! I’m so happy for you and your family. Together fir Christmas! It’s perfect!

I’m so happy for you that your brother is home and safe :)

I’m so glad that he’s back home and is safe.

So happy that he is back home safely.

so great that your brother is back home and safe, especially in time for the holidays. Cherish your time with him and even though he’s a big boy now, you can still “protect” him :)

Congratulations on your brother’s homecoming. I totally get it. My son returned from Afghanistan this summer and I was unbelievably grateful to have him home safe and sound, so I know how you feel.

This post covered me in goosebumps. I’m so very glad he came home safely. I cannot imagine what it must be like to have a loved one in a war zone.

I understand exactly how you feel. My little (24 years old!)brother just returned from a nine month deployment and every day there was anxiety about his safety. I didn’t even realize how much until he was home. I’m breathing easier but I know I’ll have to get used to it since he’s planning to be career Army. I’m so proud of him.

I know very well how this feels, since my husband serves in the US Navy. It’s extremely tough to have a close loved one gone for long periods of time, wondering how they are, what they’re feeling and if they’re okay. So glad your brother made it back safely–and just in time for Christmas too! :) Hooray!

Reading this post brought tears to my eyes… What a joy to have him home for Christmas safe and sound. I can’t even imagine the range of emotion a family must go through seeing their loved ones sent off into such dangerous situations, the extended periods of worry and hope, the relief when they come home! Merry Christmas x

[…] December 14th, 2012 I’ve been spending a lot of time this week going through photos from our trip to visit my brother last week. It was such a fun weekend, and i’m so SO glad we were able to be there for his welcome home […]