Banksia Sewalong: How to sew a placket the easier way 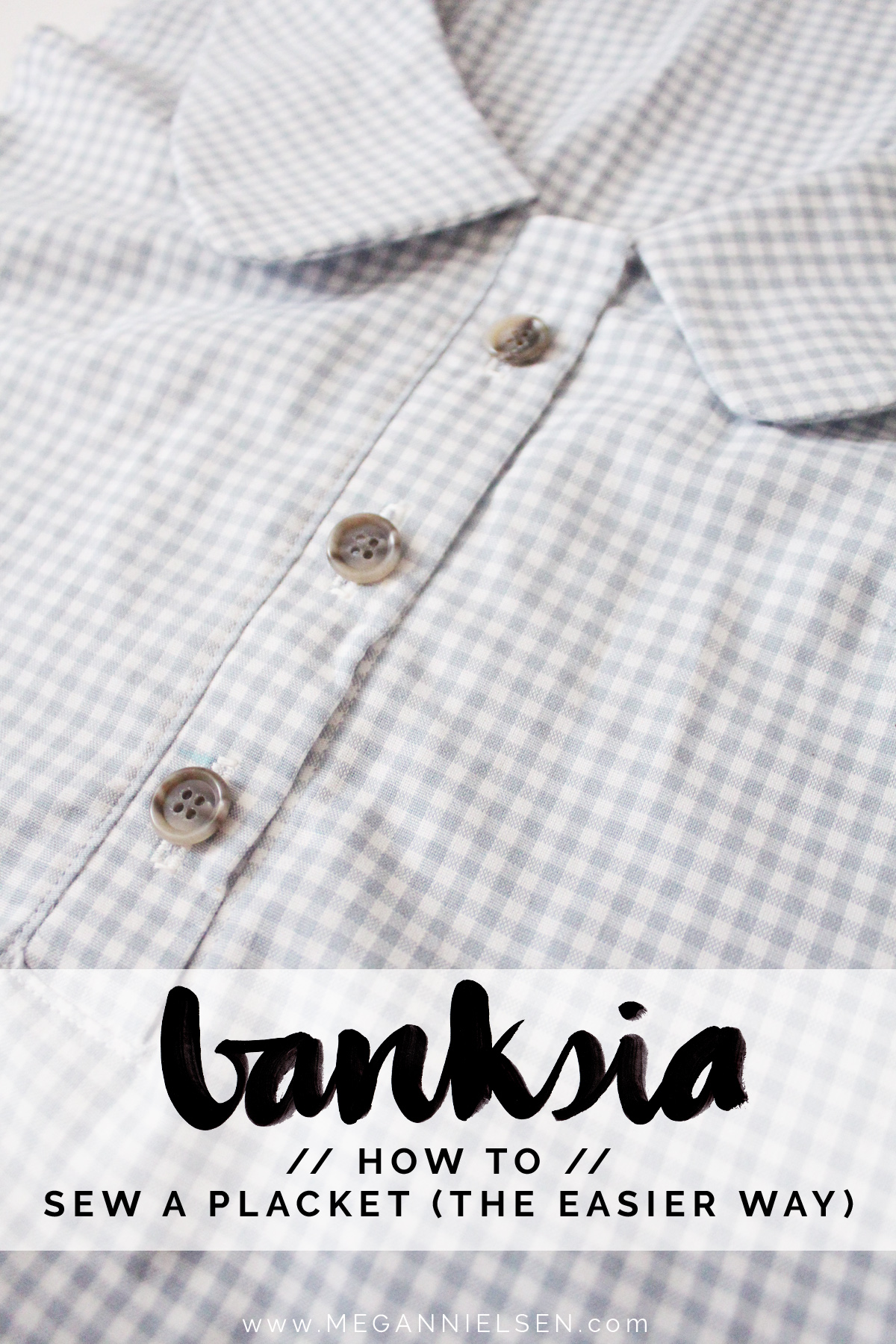 When i first started sewing plackets – i thought the standard version was a tad cumbersome, so i decided to come up with my own way. I think it’s a little easier than the standard version included in the Banksia instruction booklet- and i still use it a lot, because i just like it :) It’s not included in the instruction booklet , but I wanted to share it because I think you will like it too! 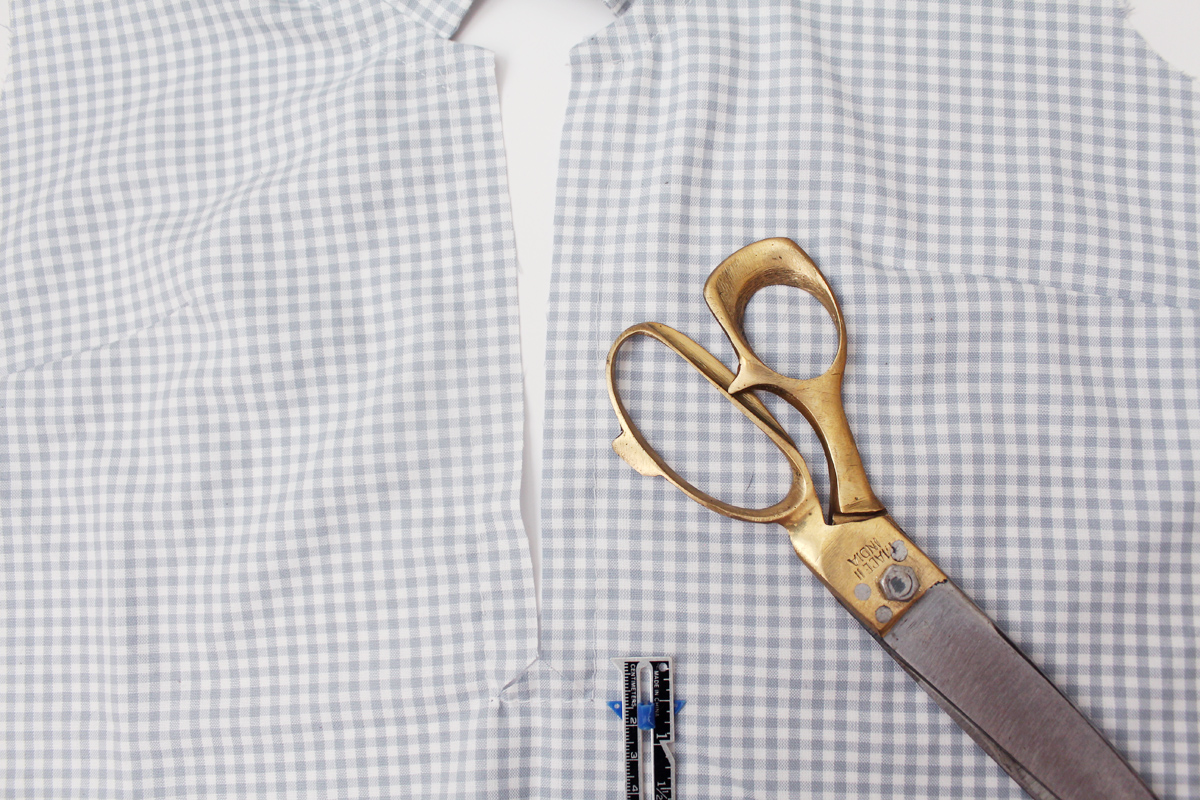 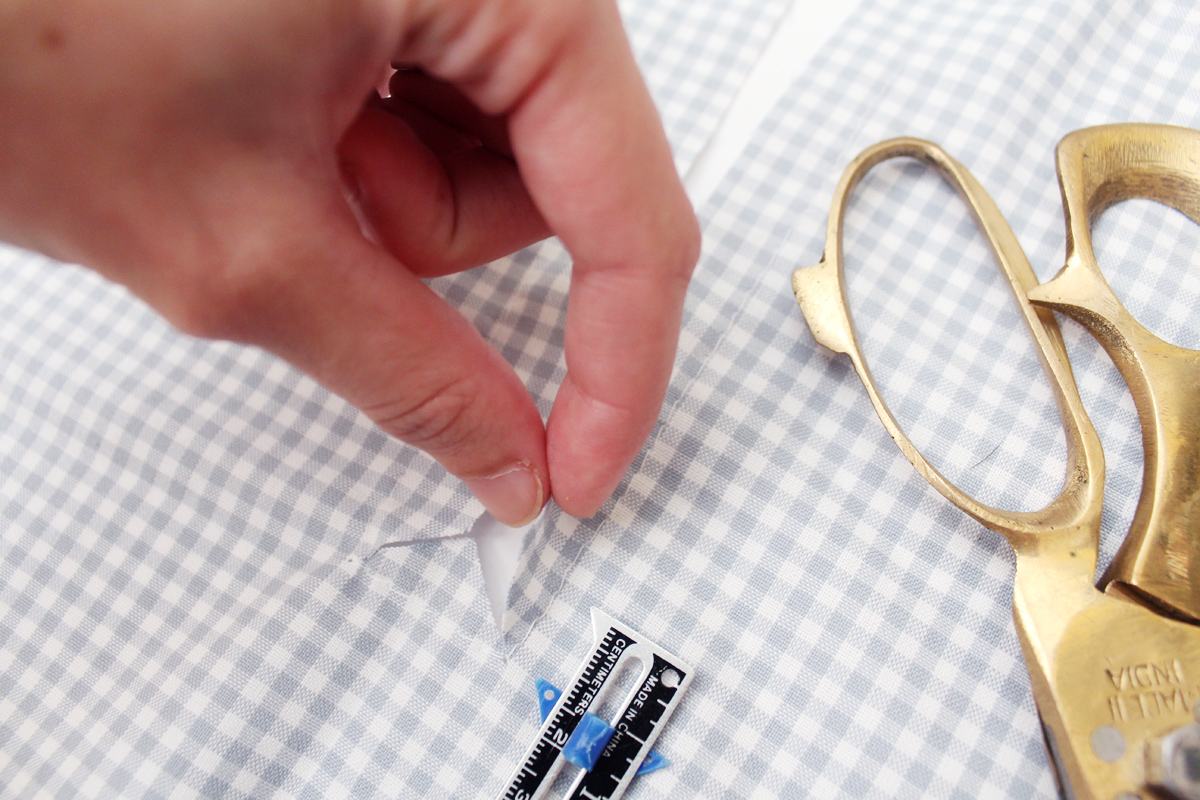 The most important thing about plackets is going slowly and preparing. If you haven’t done your basting yet – you here’s the post from last week. 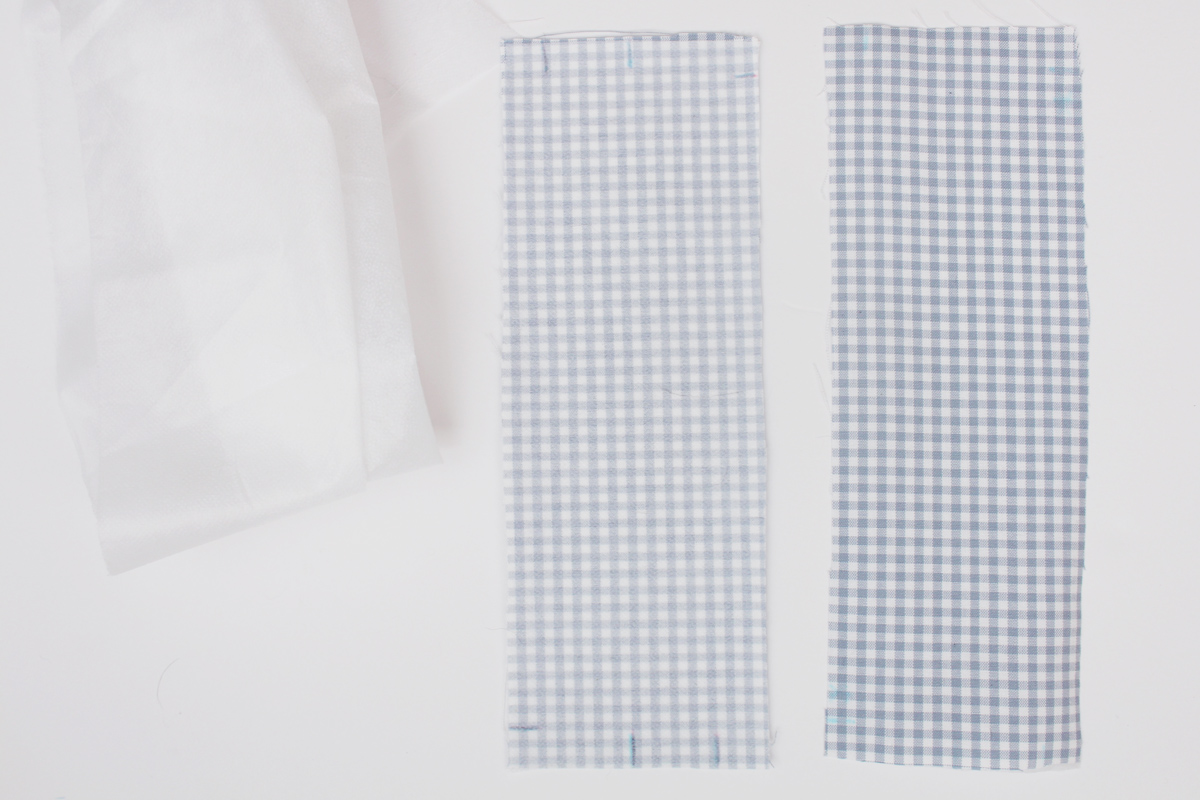 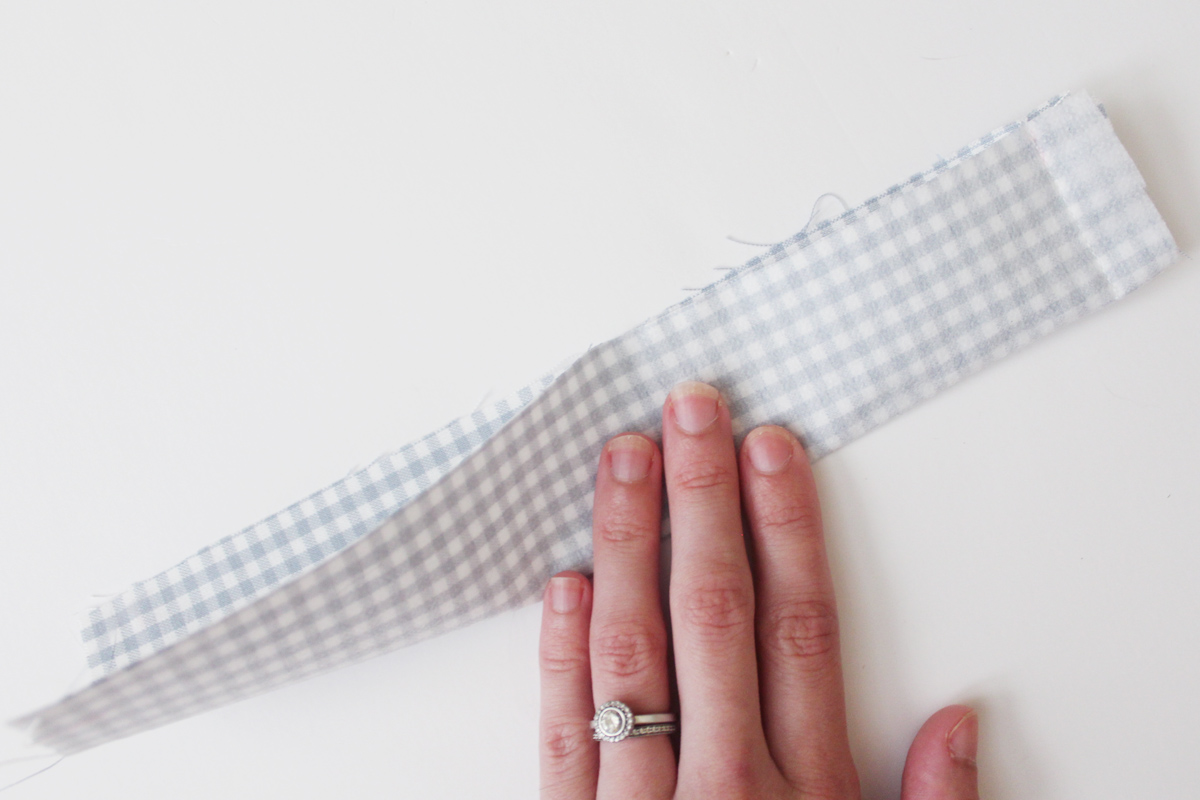 Fold the placket pieces in half with right sides together, and sew 5/8″ from the top edge. 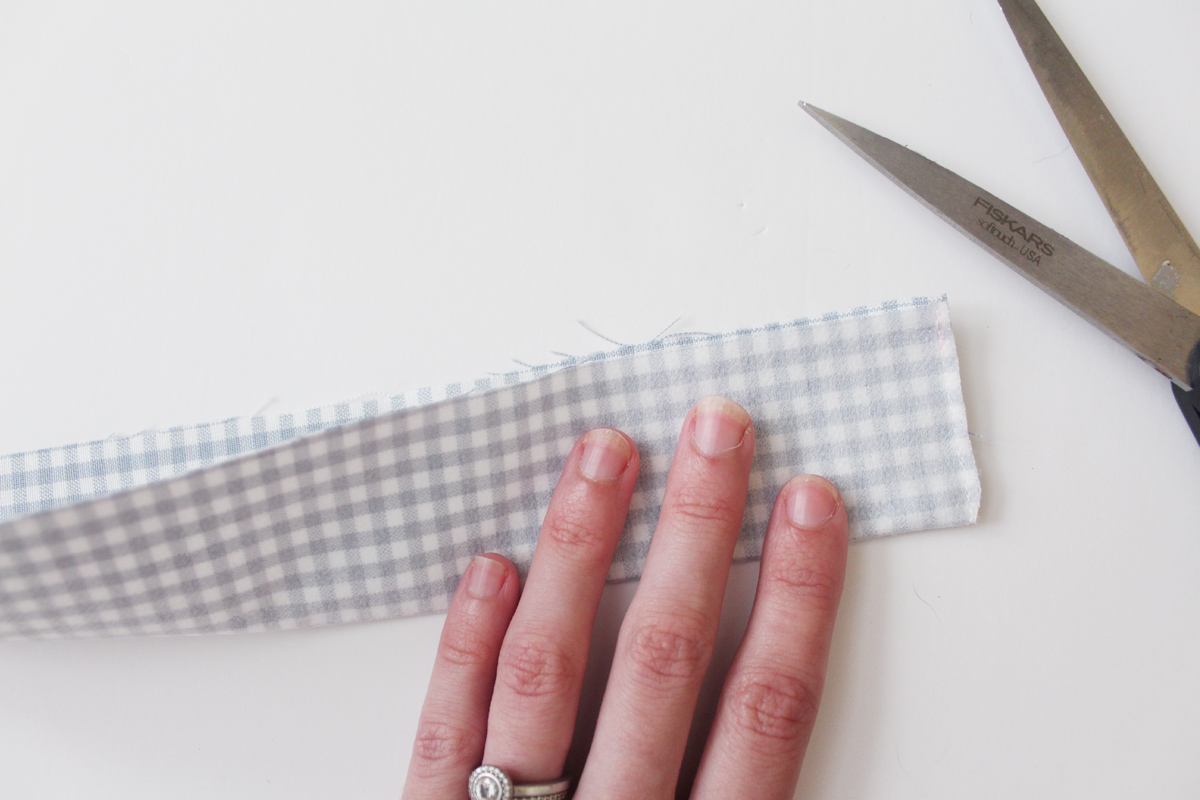 Trim and notch the seam allowance. 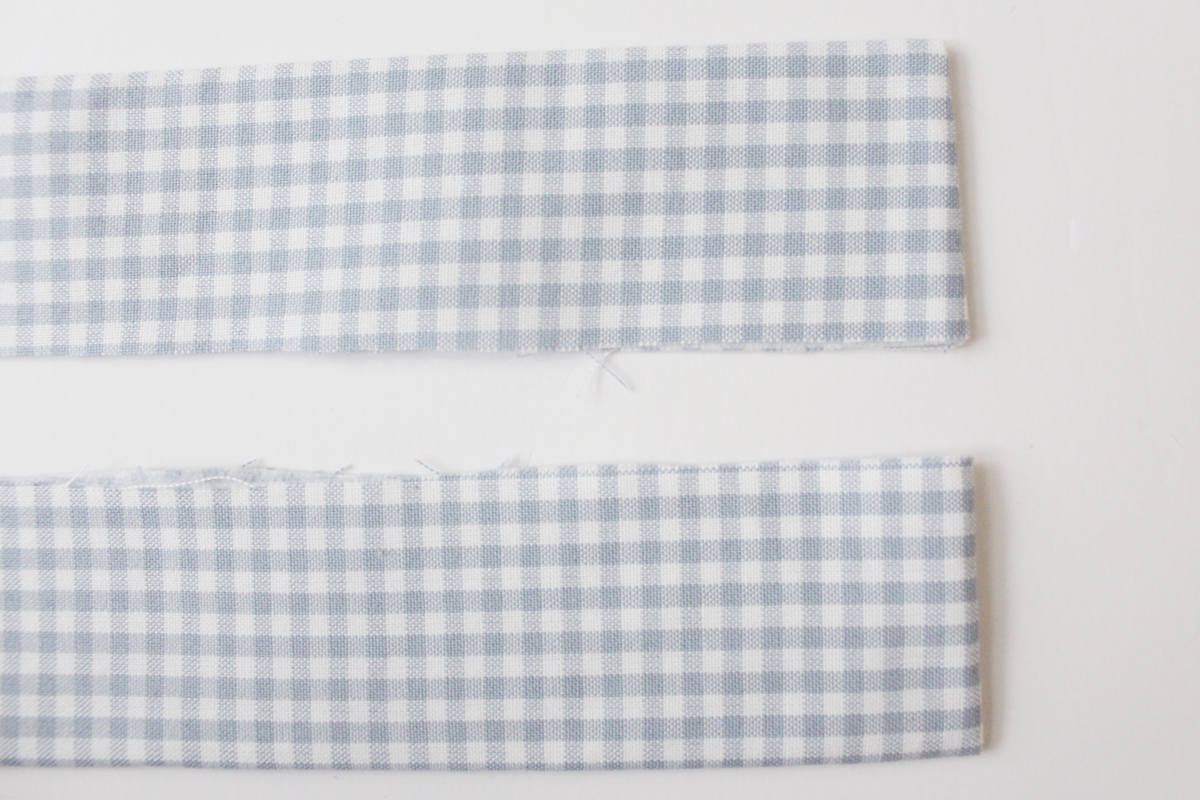 Turn the right way round and press. 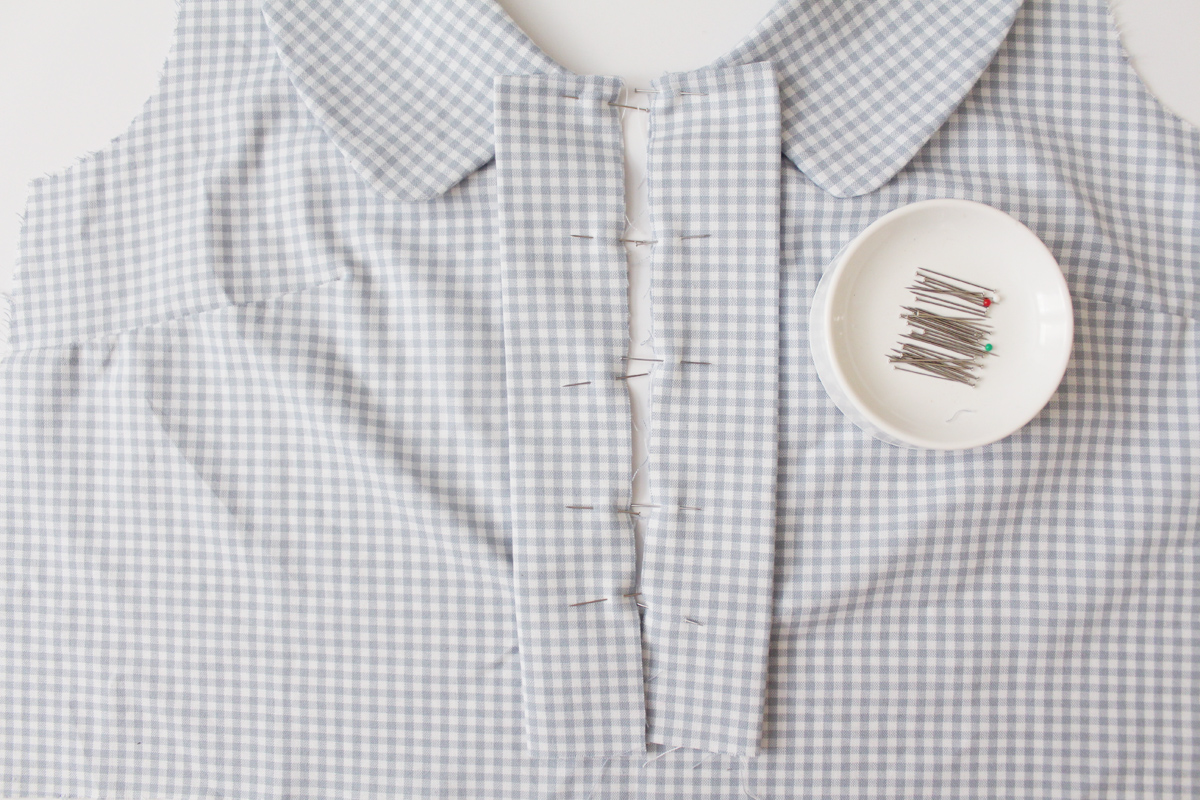 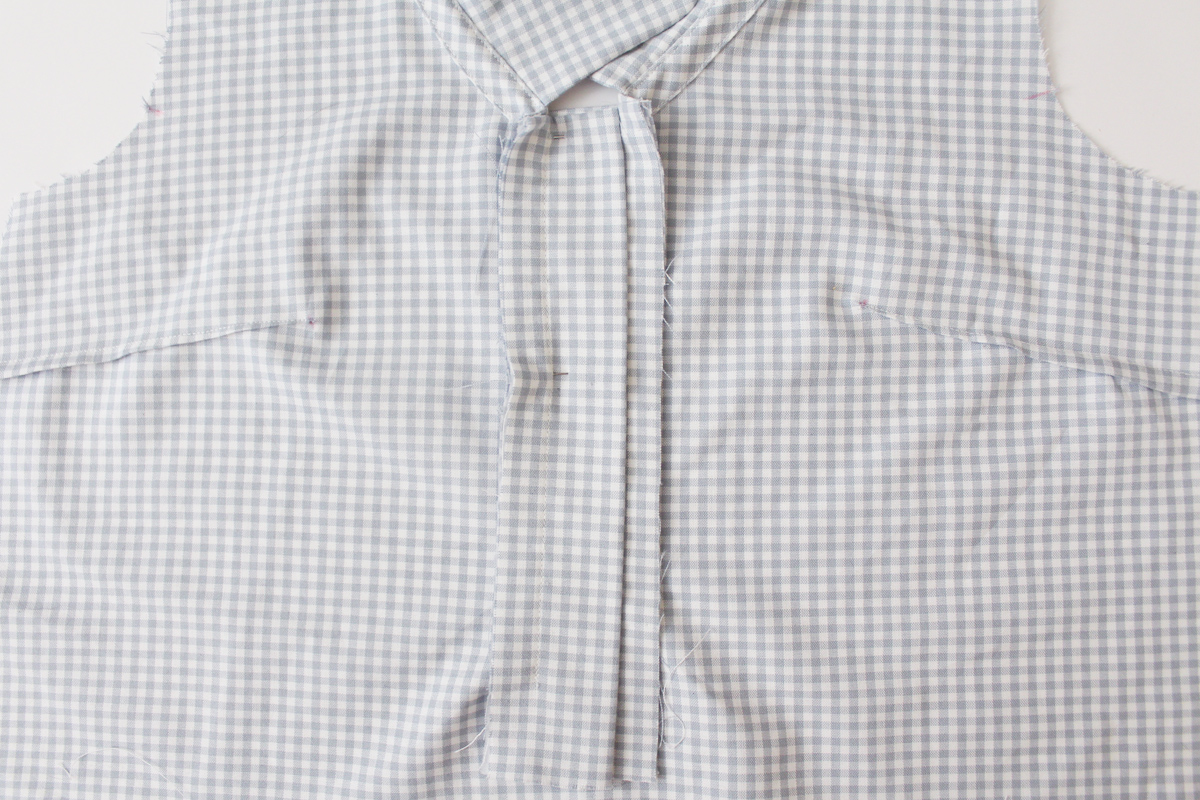 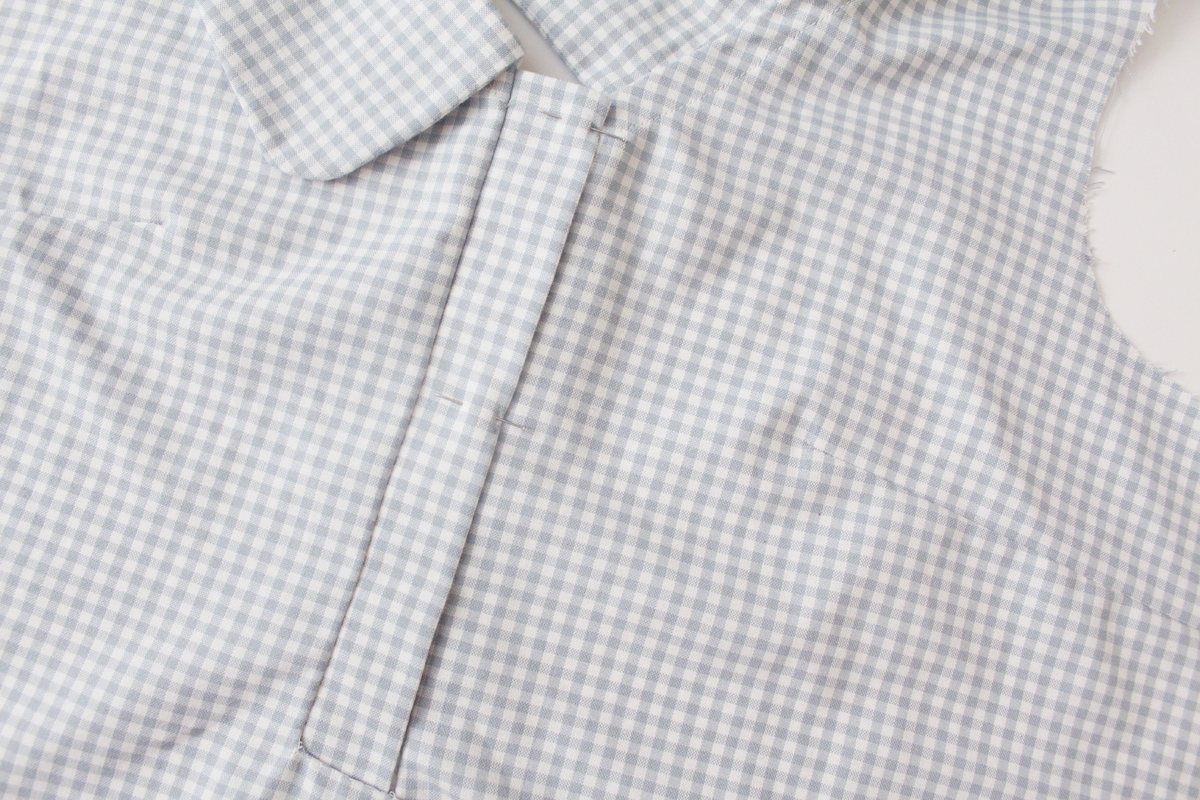 Push the plackets through to the wrong side of the fabric (inside of the top), and also push through the triangle of seam allowance still attached to the top. On the right side make sure the right placket is lined up over the left, and pin in place for stability. 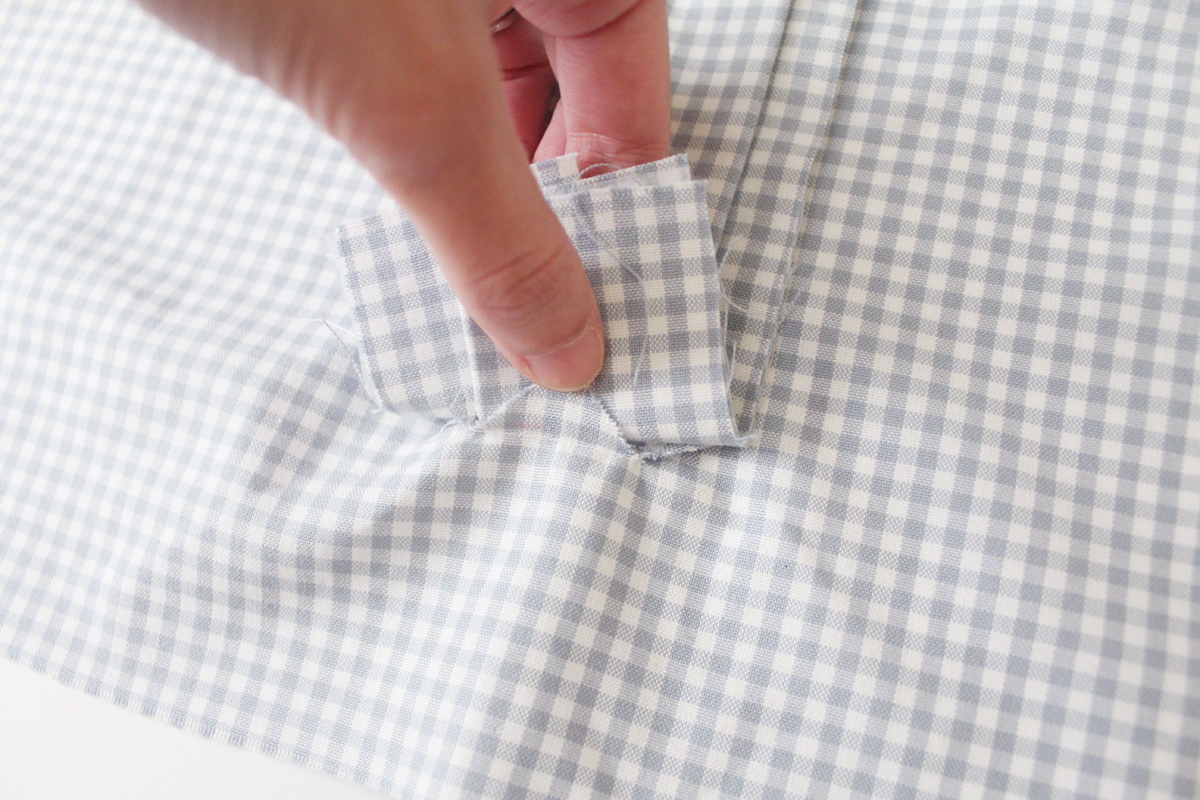 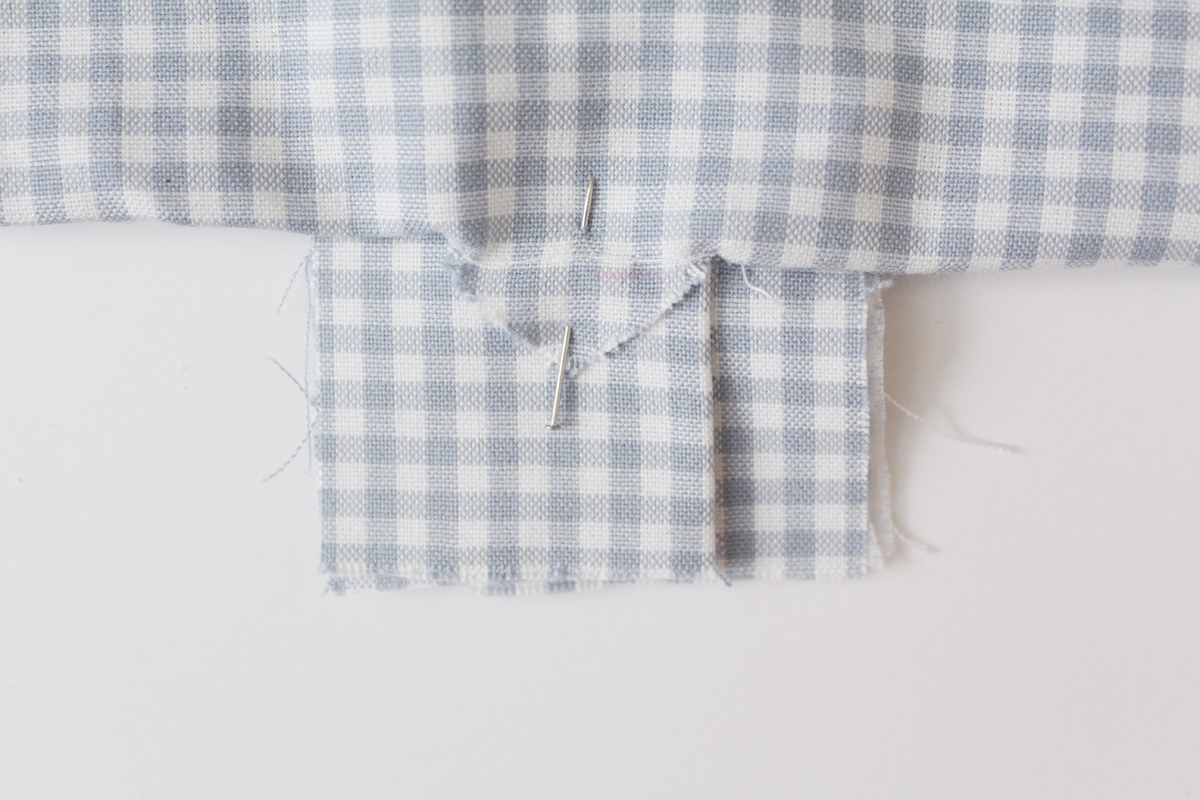 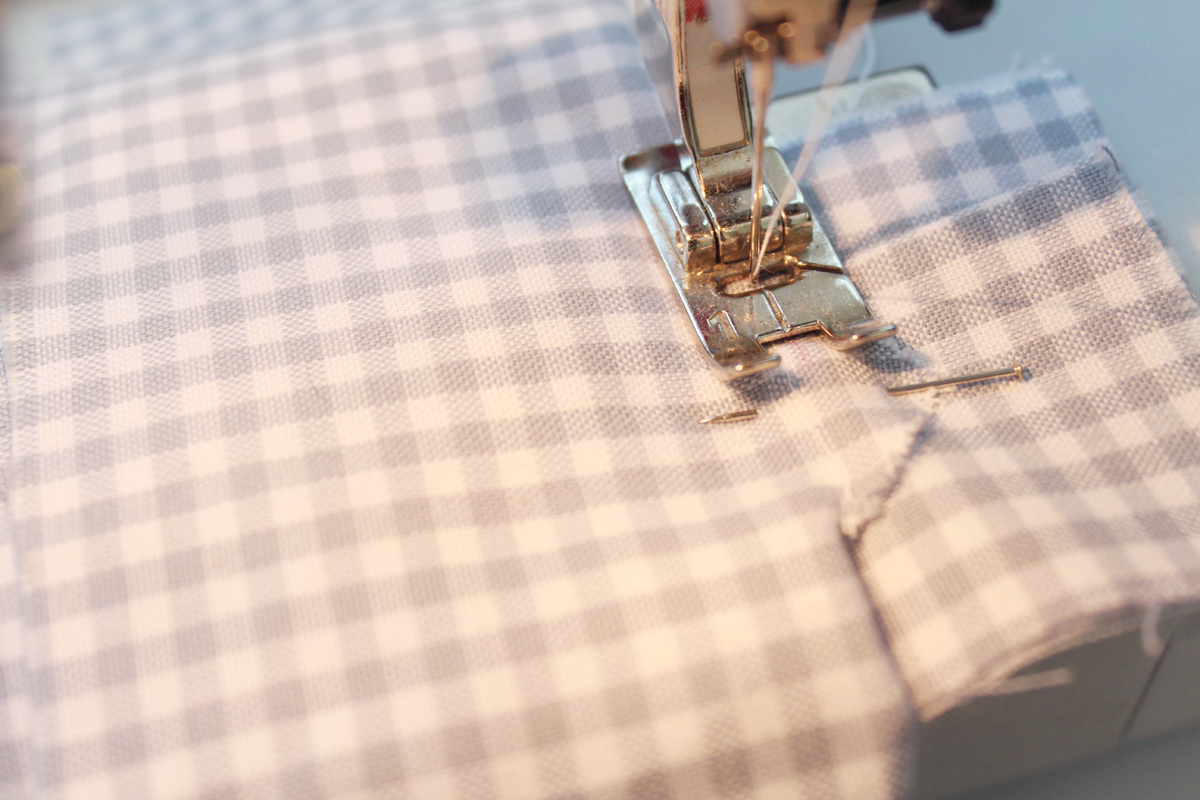 On the wrong side, pin the bottom of both placket pieces to the triangle of seam allowance. Sew along the horizontal line of basting stitches. Sometimes this is made easier by folding the top in half horizontally so that the bottom of the placket sticks out. 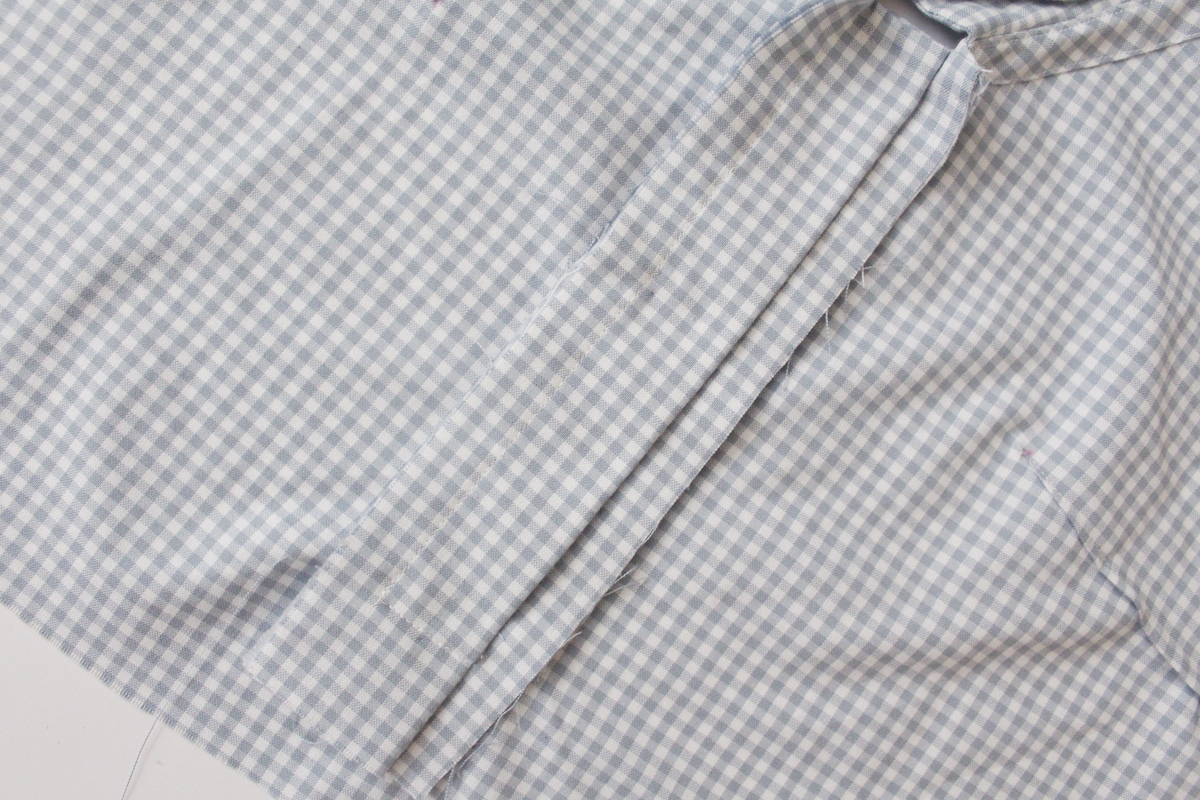 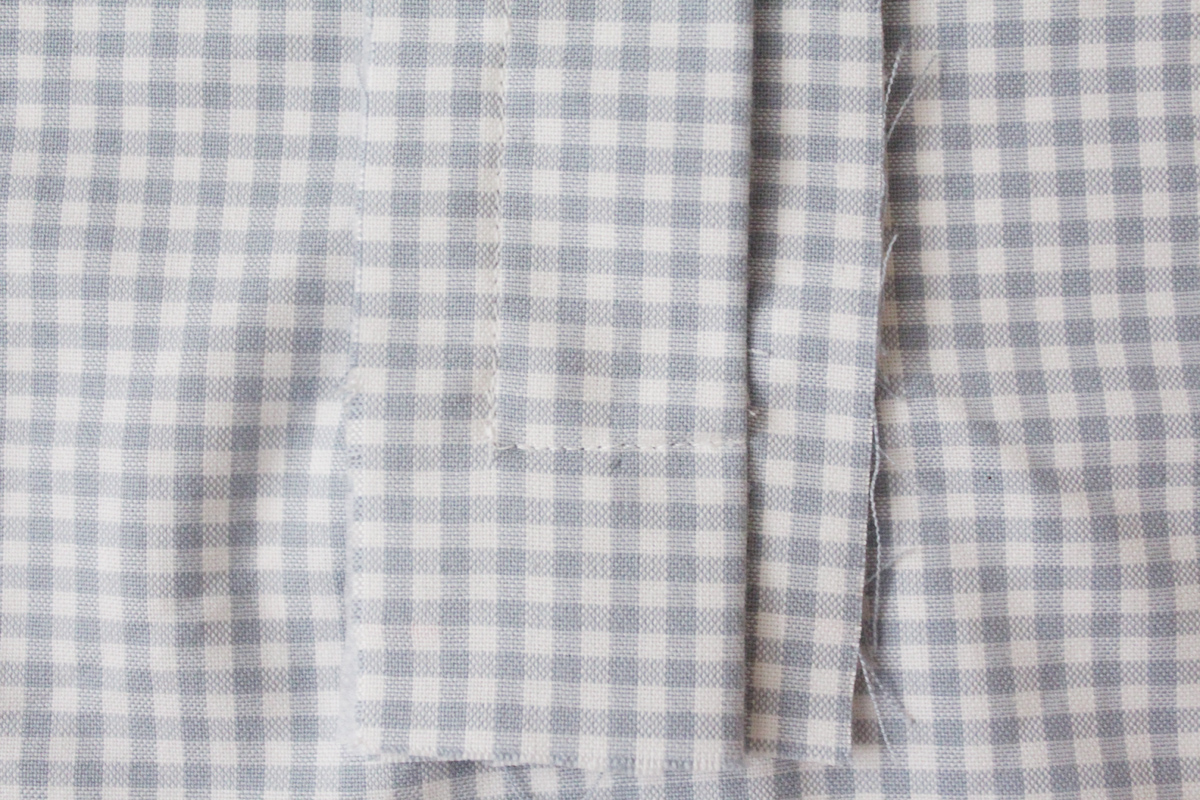 It should now look like the above pictures from the inside. 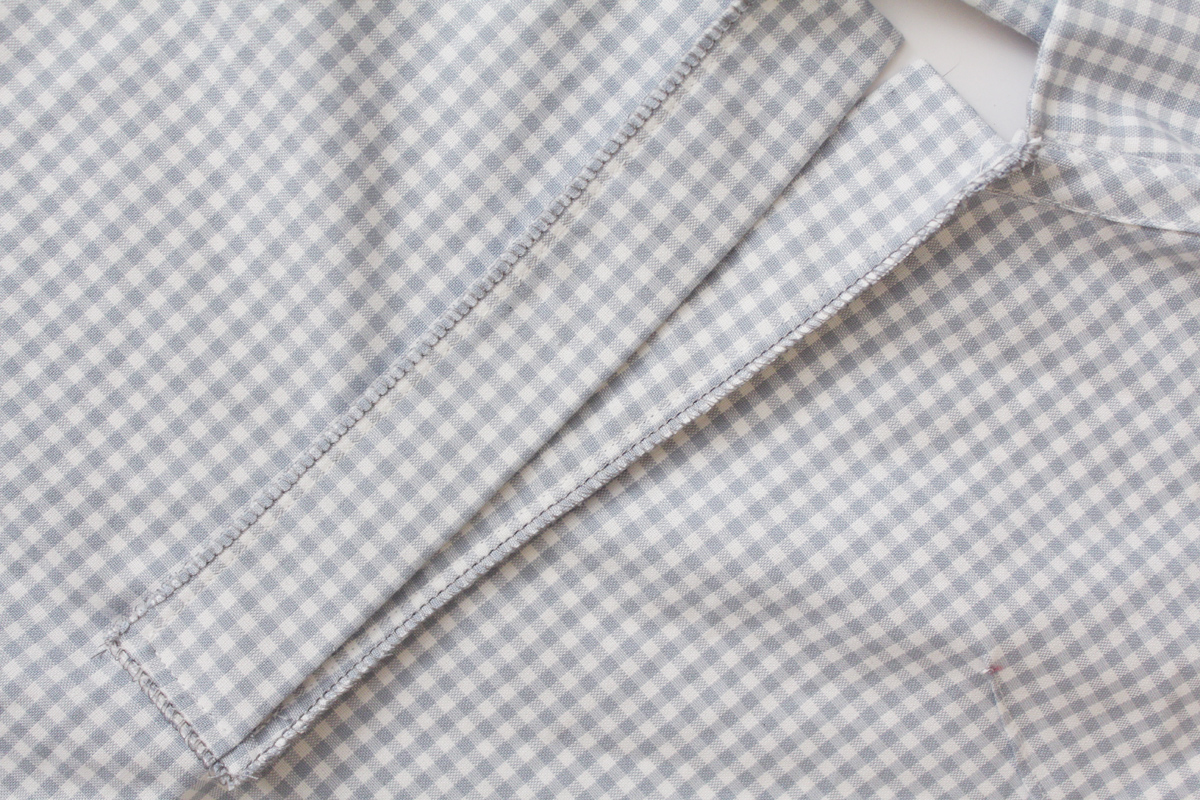 Time to finish the raw edges. For this top I used my overlocker, but you could just use a zig zag stitch or you could also bind the seams with bias tape, or rayon tape, or fold the seam allowance inwards to enclose the raw edges and top stitch. 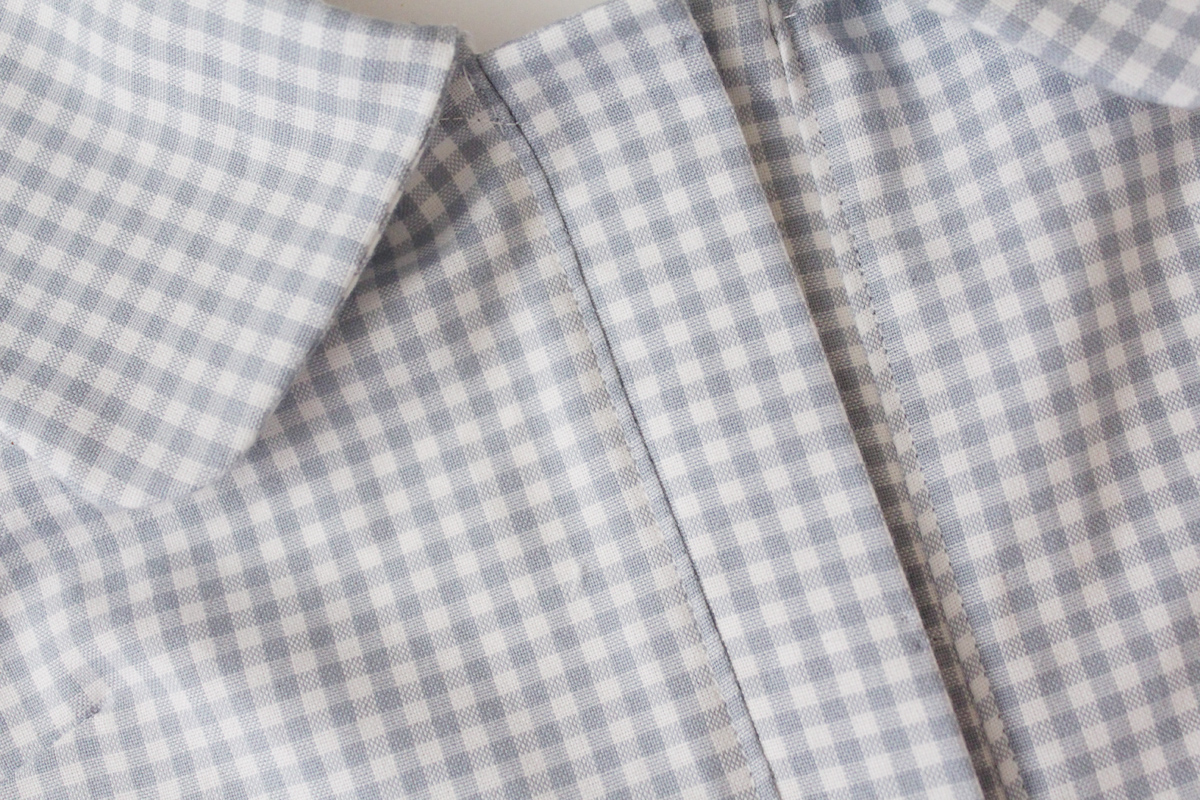 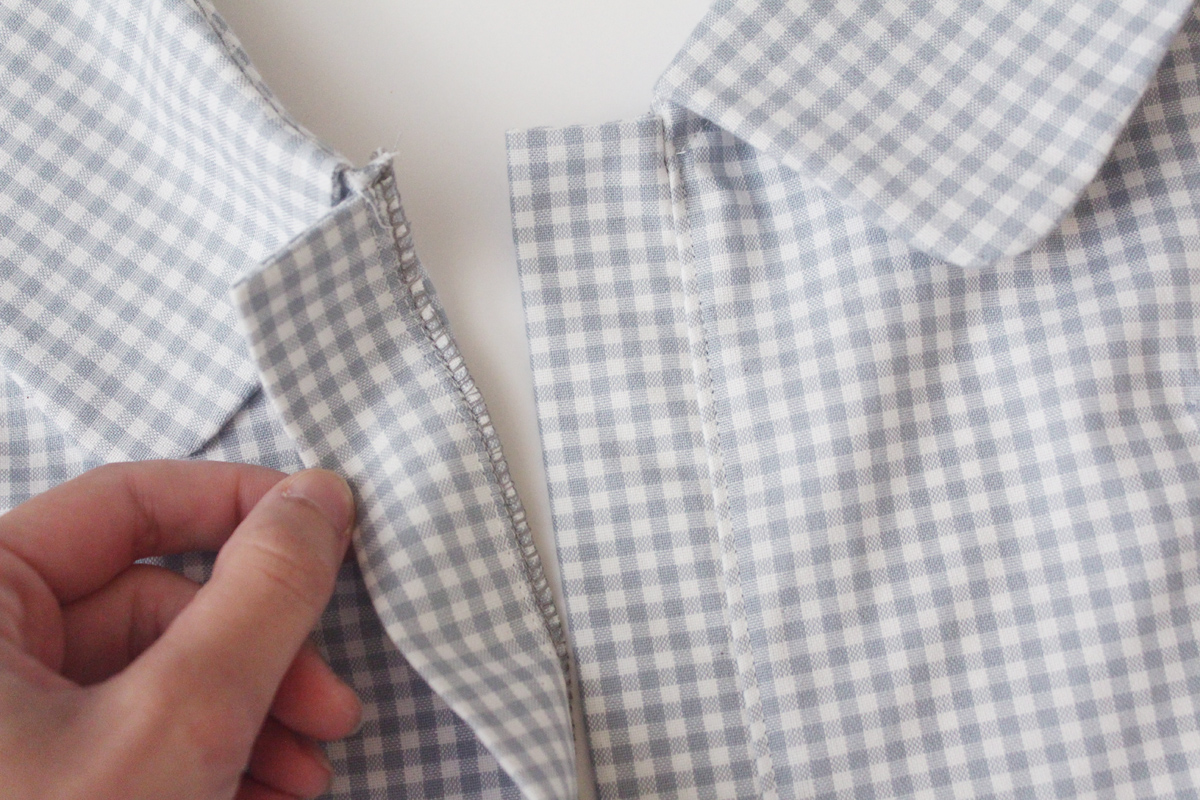 Last step – this is optional, but i really like it. After pressing the placket, topstitch around the outside edge to keep the seam allowance flat – and i think it looks pretty! 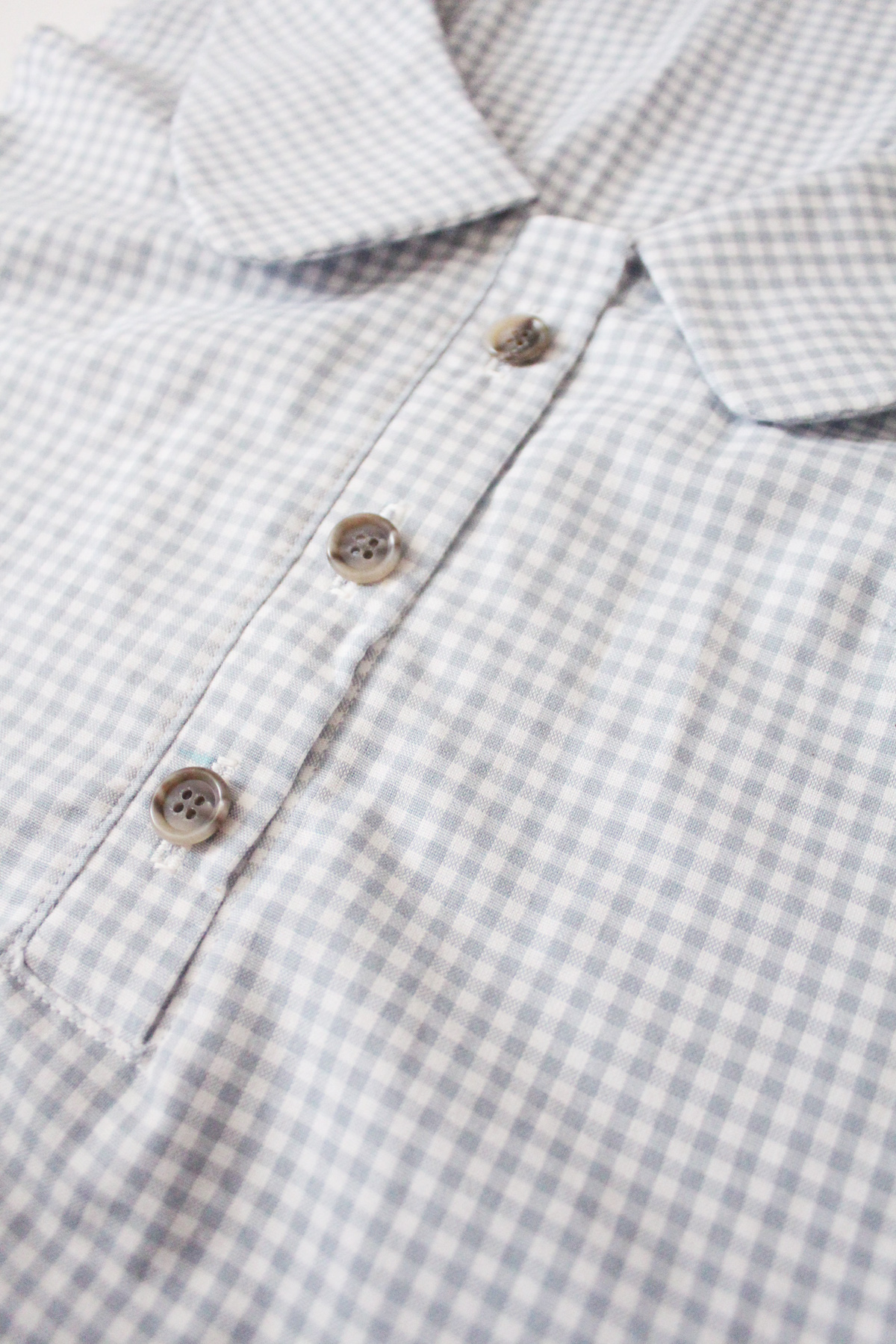 Put in your buttons and buttonholes. Yay we’re done!!!! You did it :) 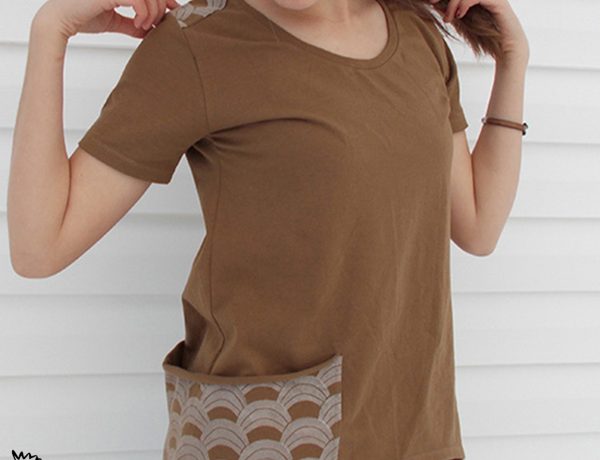 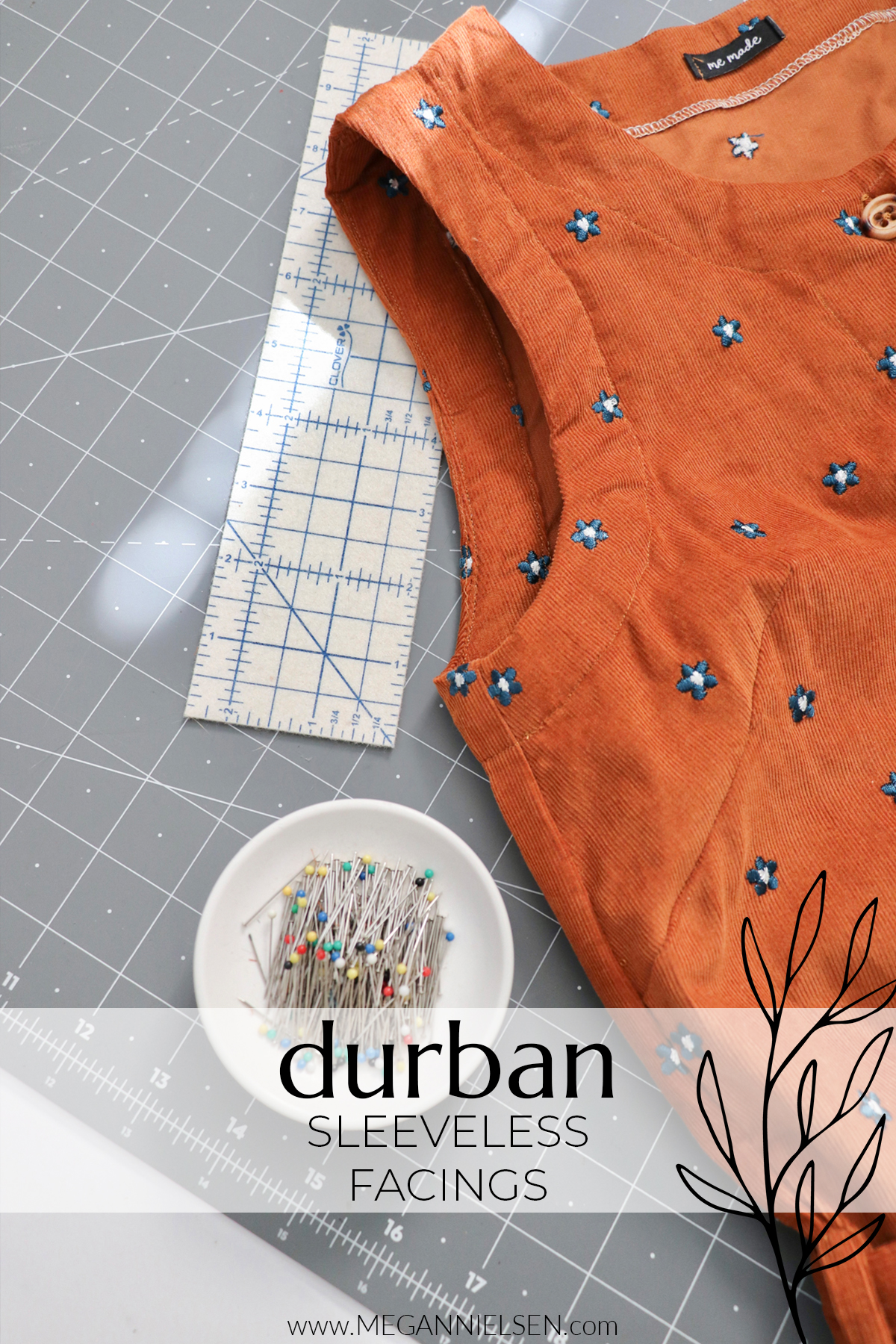 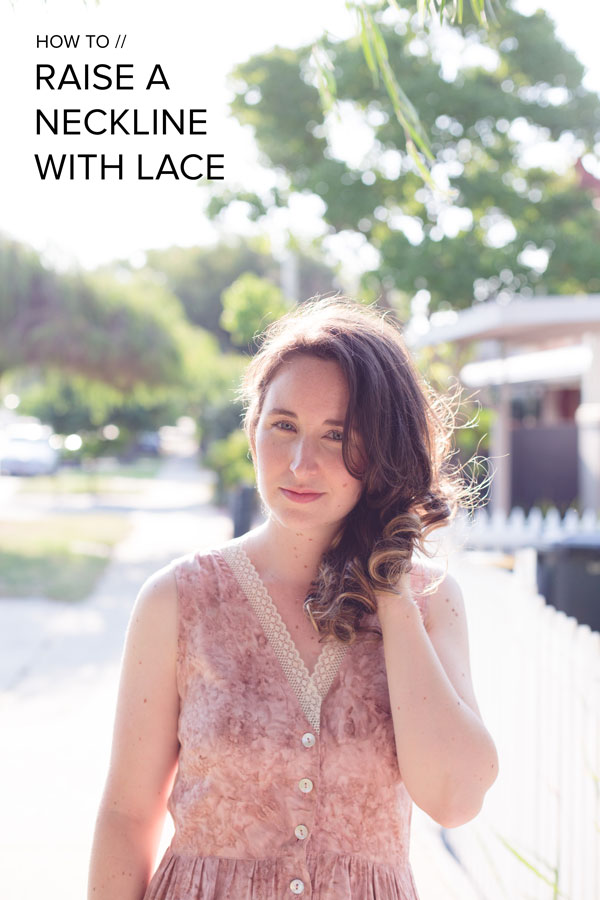 Tutorial // how to raise a neckline with lace

these are great directions – thank you! I’ve barely begun my top but I think things will go a lot faster for me with the sew along to reference

Hi Katie!! That’s great! That’s i love about sewalongs, and detailed tutorials – everyone can go at their own pace, and you can always come back to read the posts again :)

Good luck with your top!!

I love this method! To be honest I like it so much I havent tried the other one :P

Hehehehehe fair enough!! Honestly, i really love this method, and i think i probably still use it more than the other one. I think it’s possibly also because it’s a bit more a subtle look?

Thanks Katherine! I really love this linen too! I think it’s going to be great in summer – and the brocade collar certainly makes a feel a little dressier! XOXO

Hey!
I have a little question, one which side is the placket with the interfacing? The one on the top or the one underneath? And which one is on top, left or right?
Thank you!

Both placket pieces have are interfaced – i just showed one in the photo so you could see the difference. And when you are putting it together the right placket goes on top of the left.

I hope that helps!!

Love your site. So useful…do you lay the plackets differently for men’s clothes? Do you have any videos yet?
Thanks
x

Banksia Sewalong: How to sew a placket

Banksia Sewalong: How to sew a faux placket