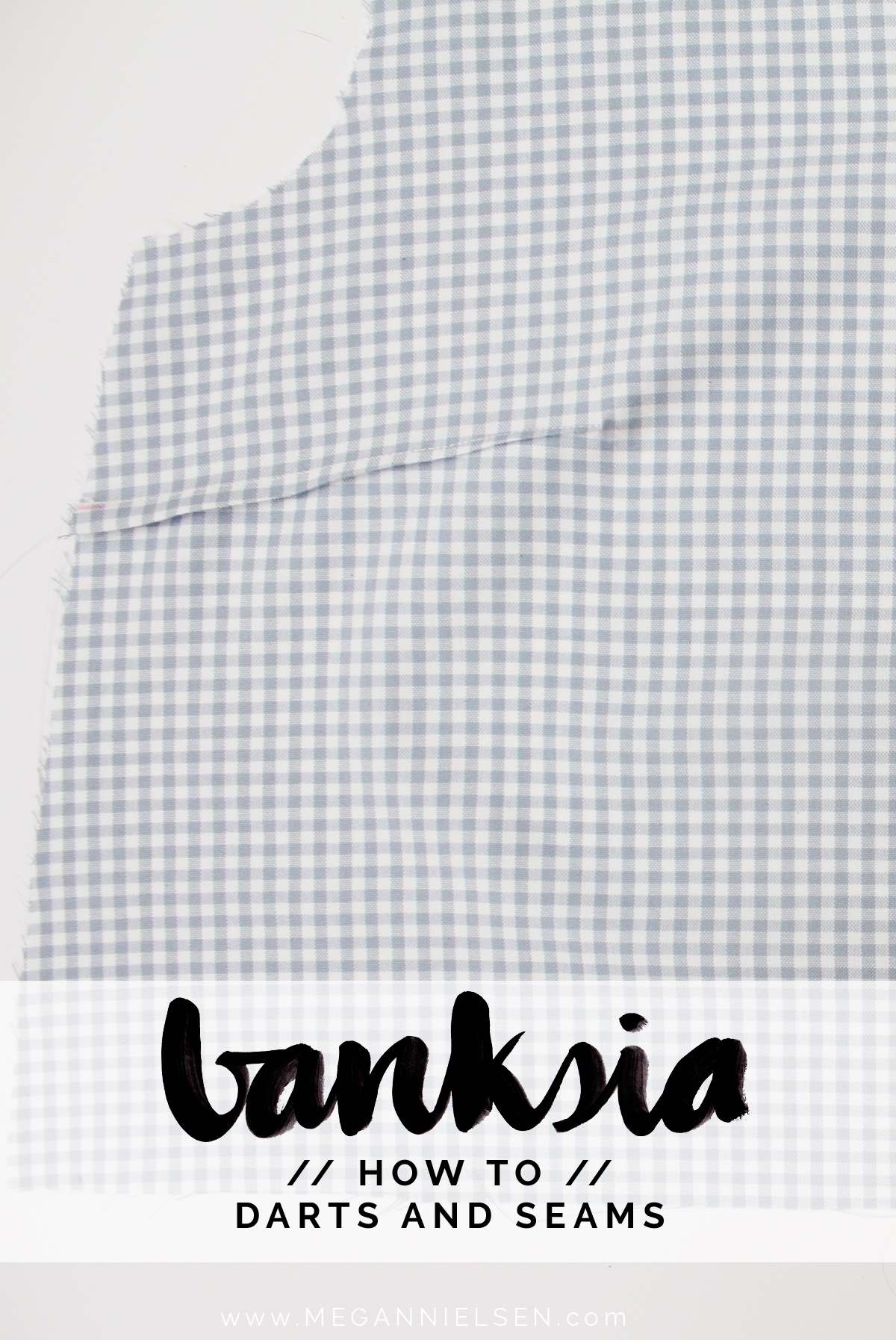 It’s time for our first bit of sewing on our Banksia top! We’re just going to ease into it, and not do too much today. And i want to have a little chat about dart finishings.

I know sometimes transferring a dart from the pattern to the fabric can be a pain. I’m sure there are lots of great methods – but here is my favourite. 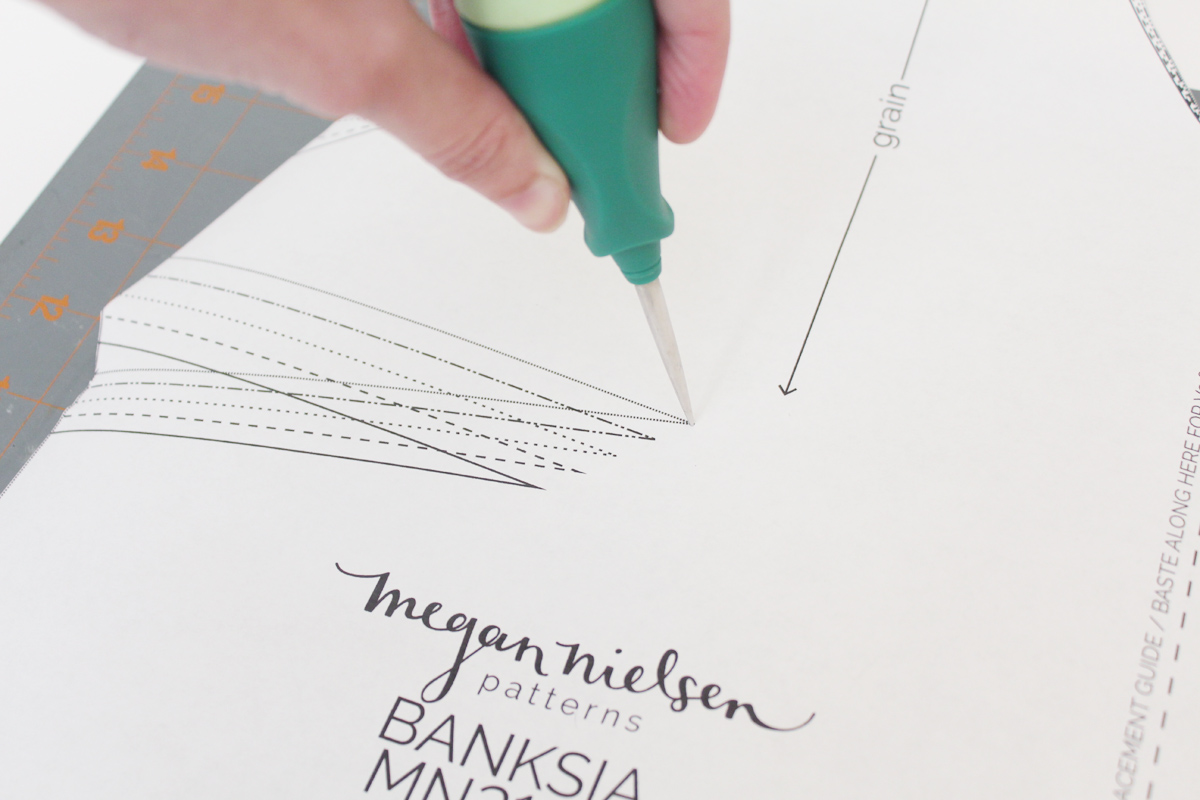 I start with my awl, cutting mat,  and the pattern – and i make a nice big hole in the tip of the dart 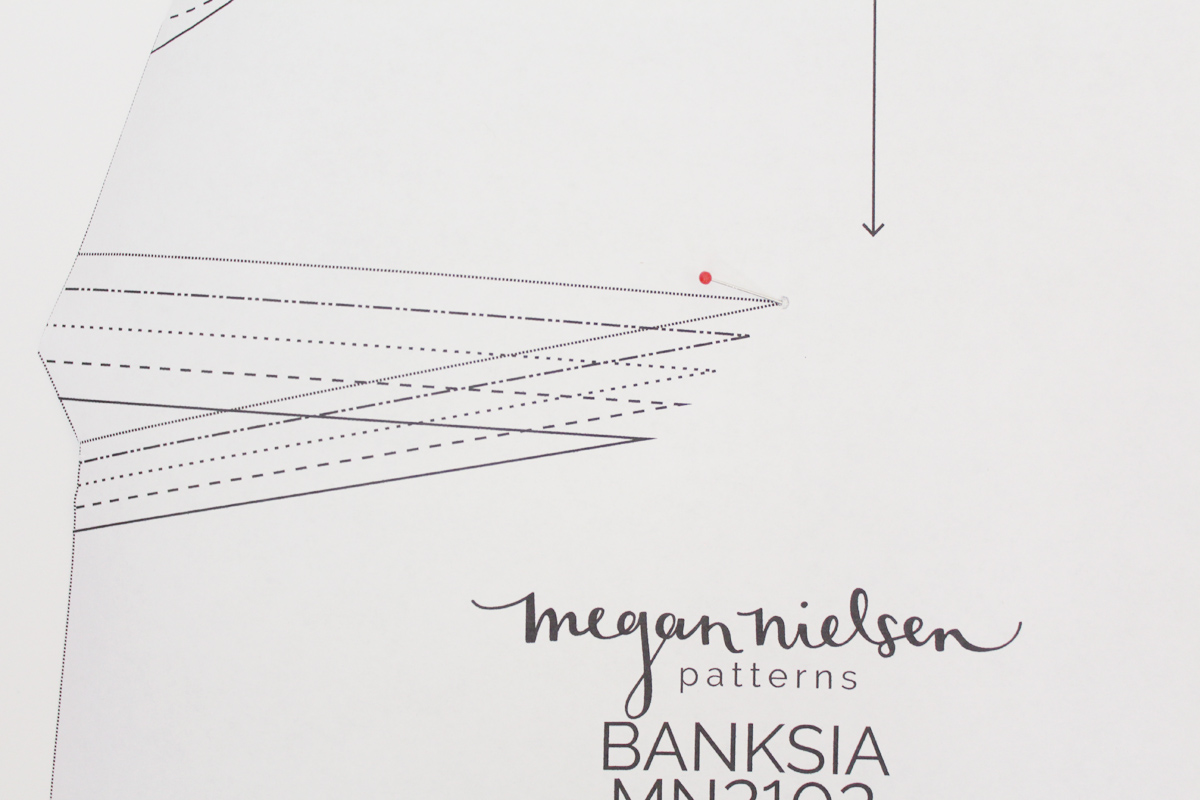 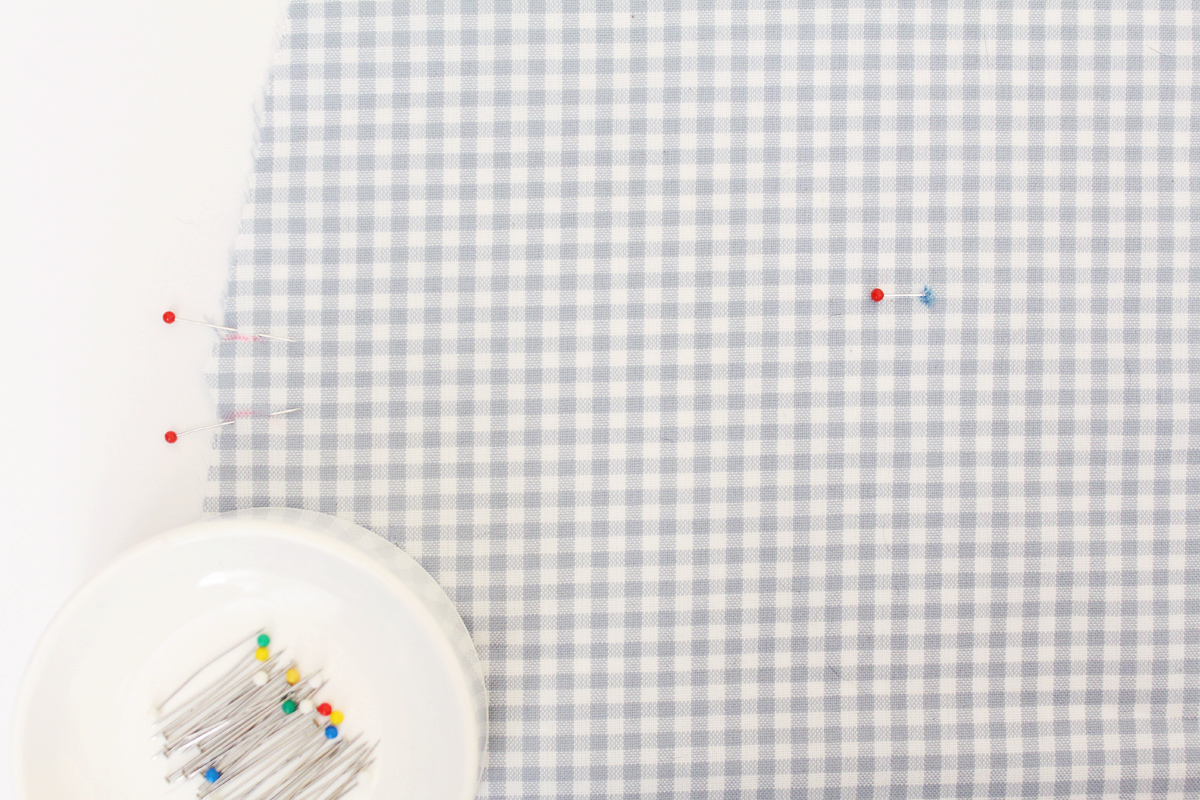 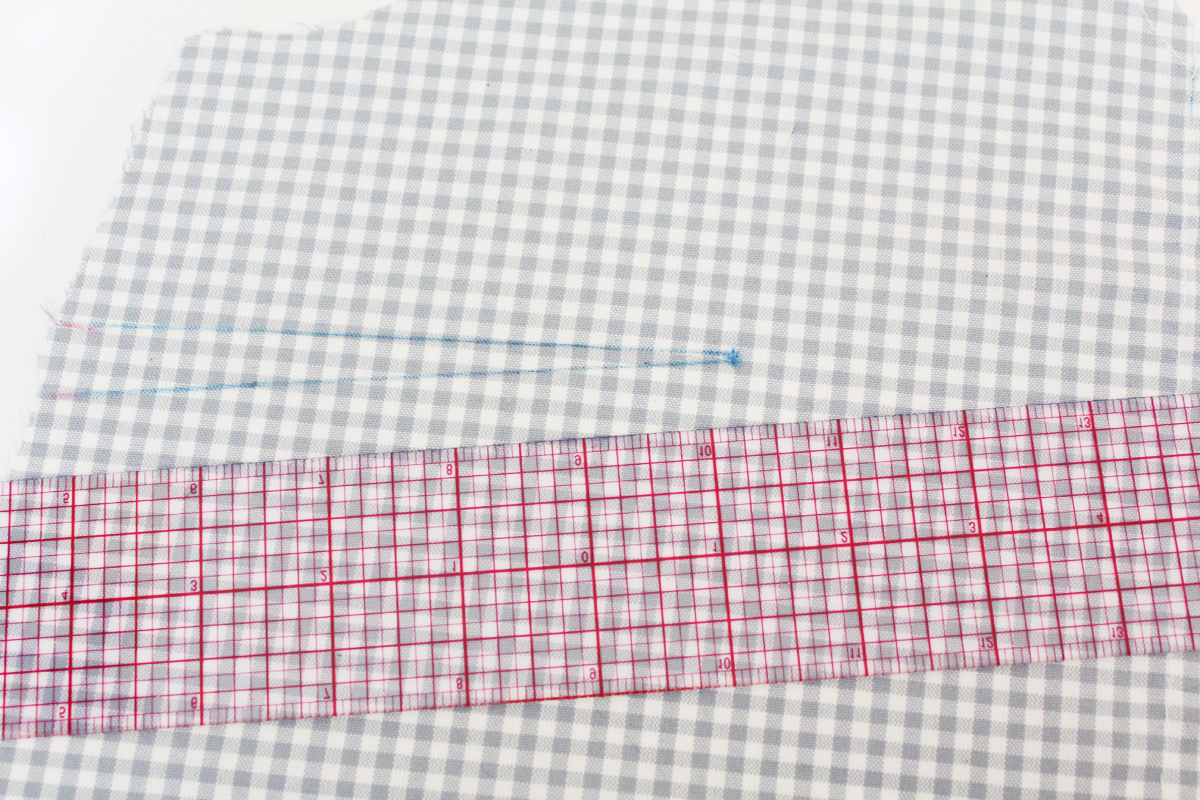 Then I lay the pattern over the cut fabric, and pop a pin through the hole i just made, and more marker pins at the end of the dart legs. I then used my straight ruler and tailors chalk to draw the dart legs, but if you’re comfortable working with just the pins for placement, you can skip that part.

~ Another method i used to use was to cut along the dart legs (on the paper pattern only!) and then draw them on the fabric with tailors chalk through the pattern. Anyone have an alternate method? I’d love to hear it! 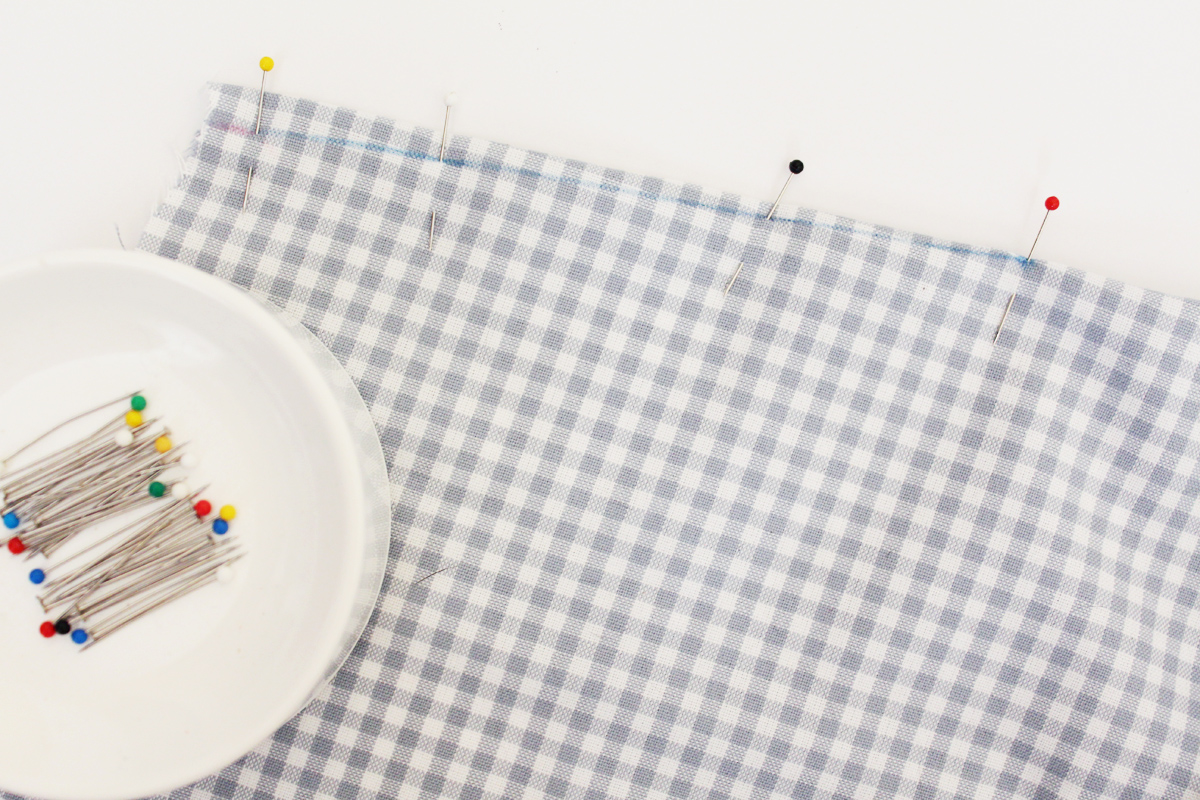 Fold the dart in half along the fold line, match up the dart legs, and repin. Then sew! 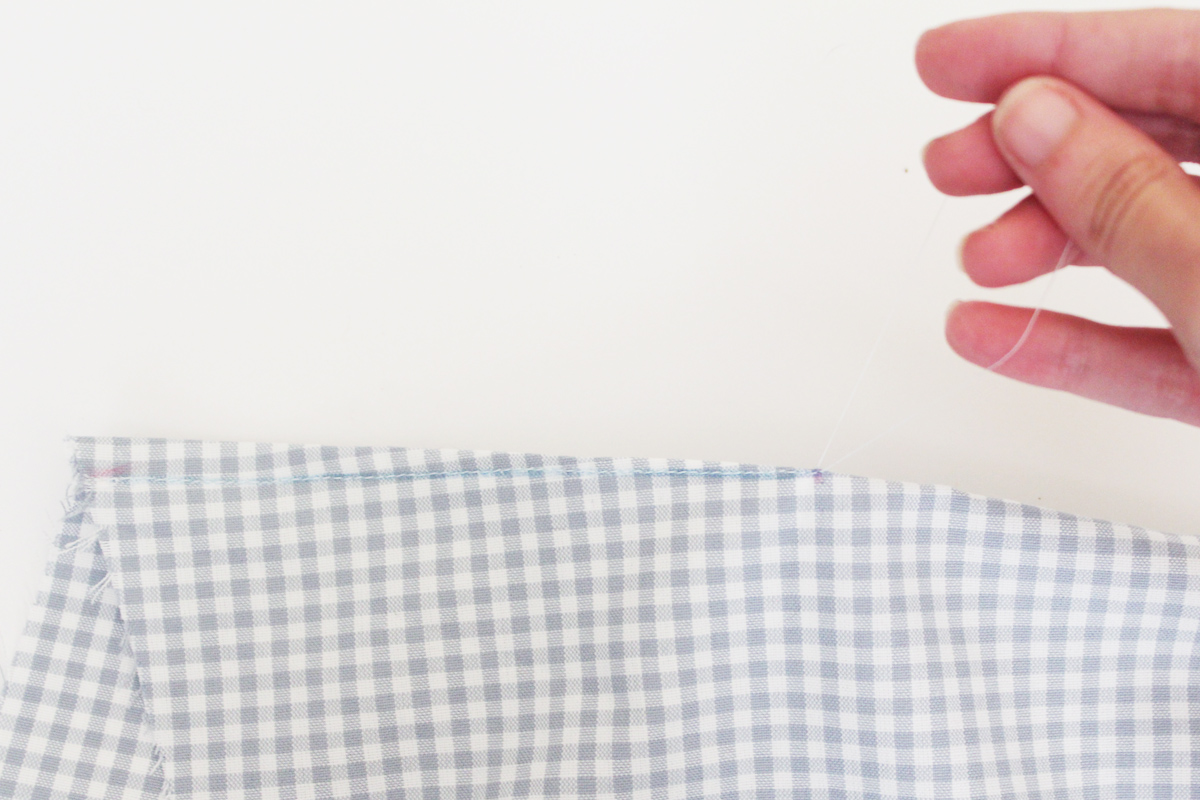 Now when you get to that dart apex – this is the point at which there can sometimes be some controversy. A lot of sewers are quite adamant about only knotting the ends of thread at the dart apex, rather than backstitching. The theory behind this is that it avoids pulling, and puckering etc at the apex. To be honest, I think people are making a mountain out of a molehill. I’ve sewn hundreds of darts, and i promise i’ve never had an issue with backstitching. My stance is, it doesn’t matter either way.

Once you’re done sewing, press those darts down towards the hem. 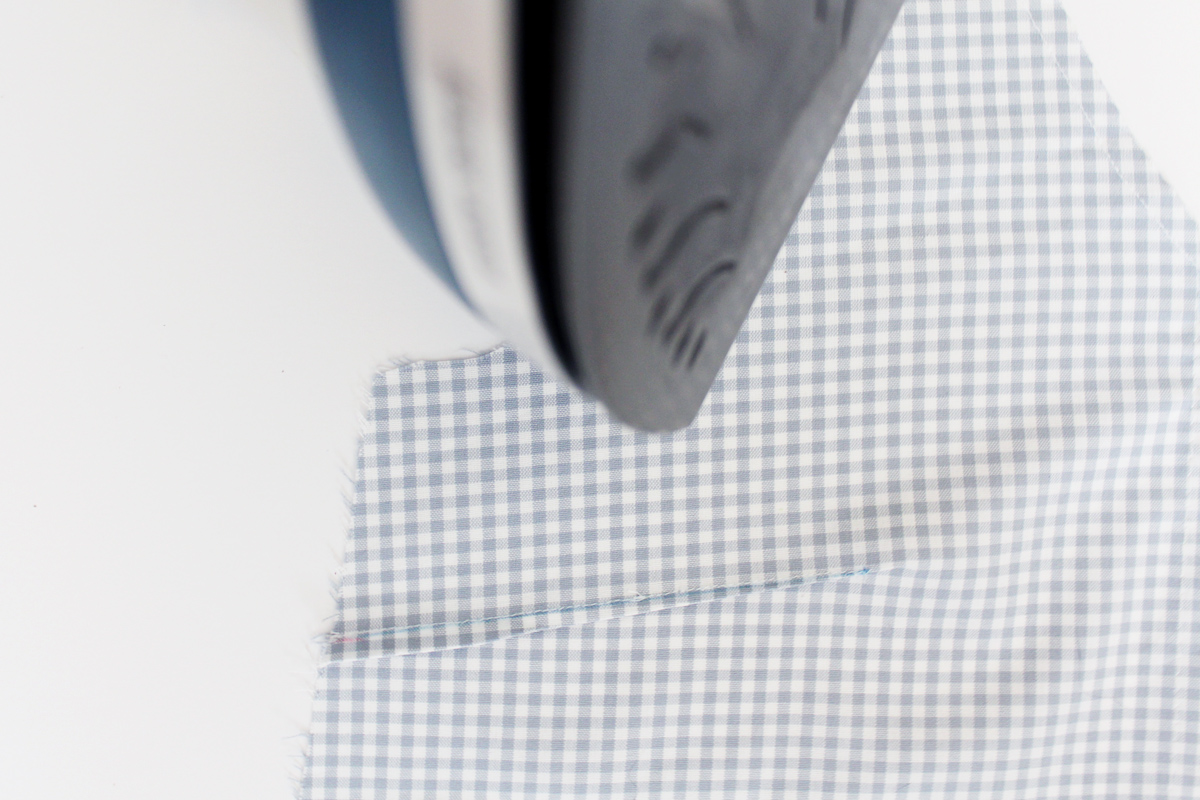 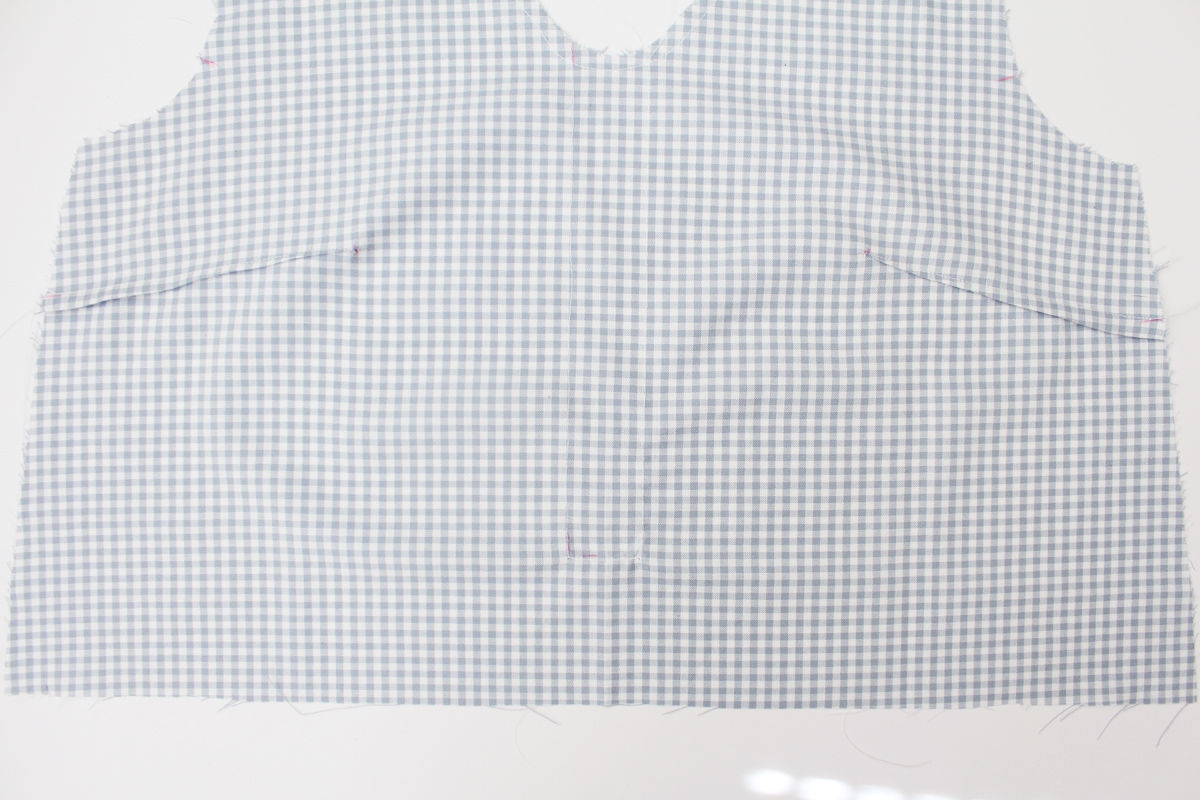 Note for later: If you’ve never done a placket before, and you’re feeling really stressed about lining it all up properly, you can just leave the darts for after the placket. 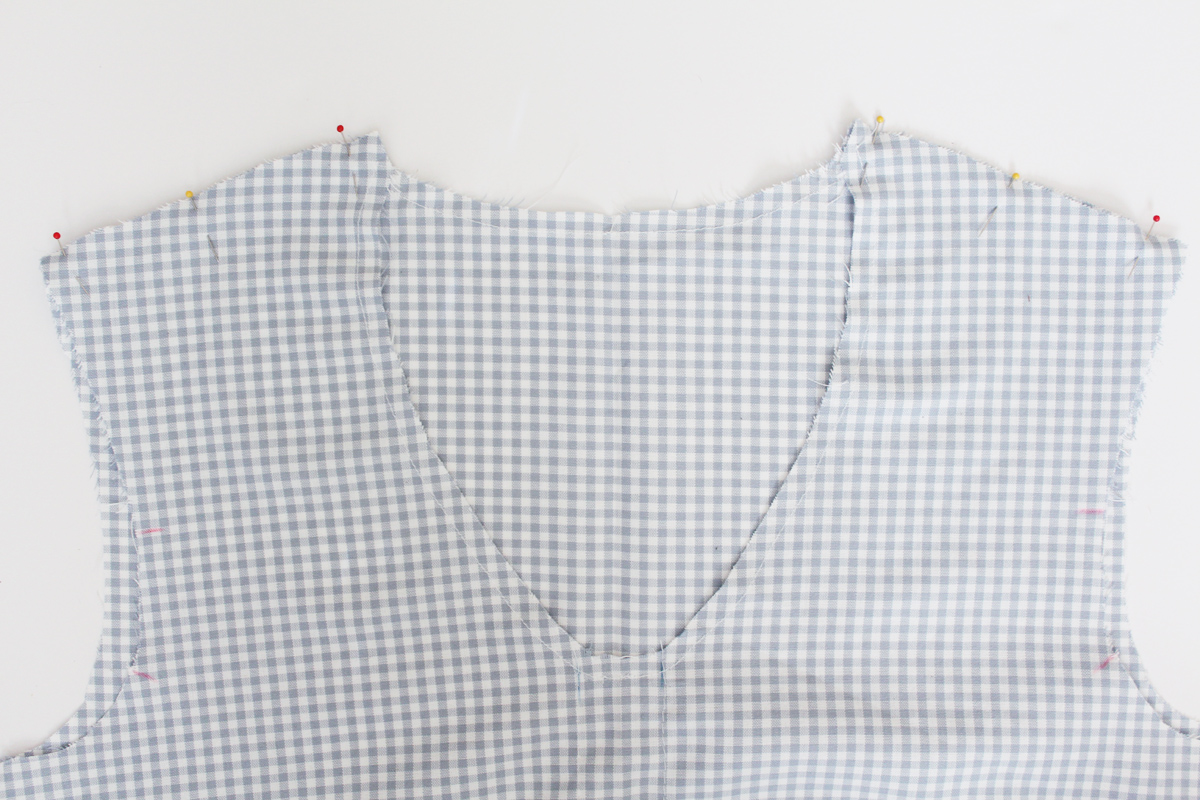 Now it’s also time to sew up those shoulder seams, and press them flat. You could sew up the side seams now too – but i’m going to leave that for later, as i’ll be showing a different sleeve insertion than what is in the instruction booklet, that involves the side seams. 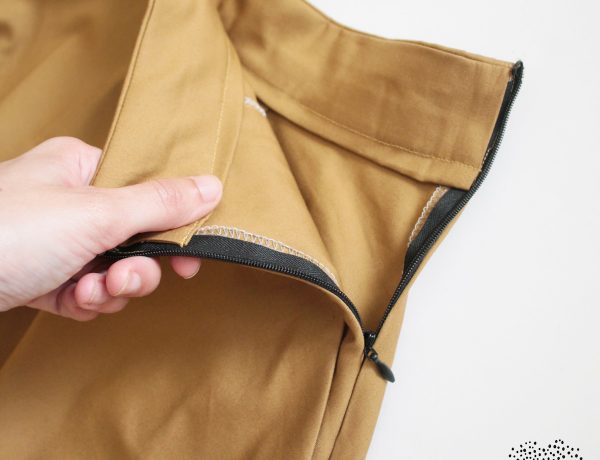 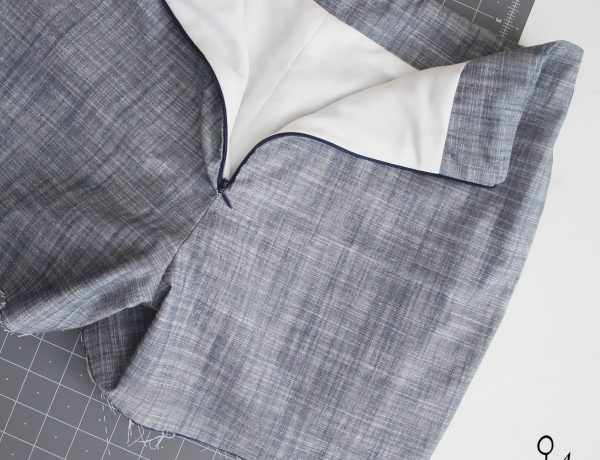 Harper Sewalong // How to attach the lining 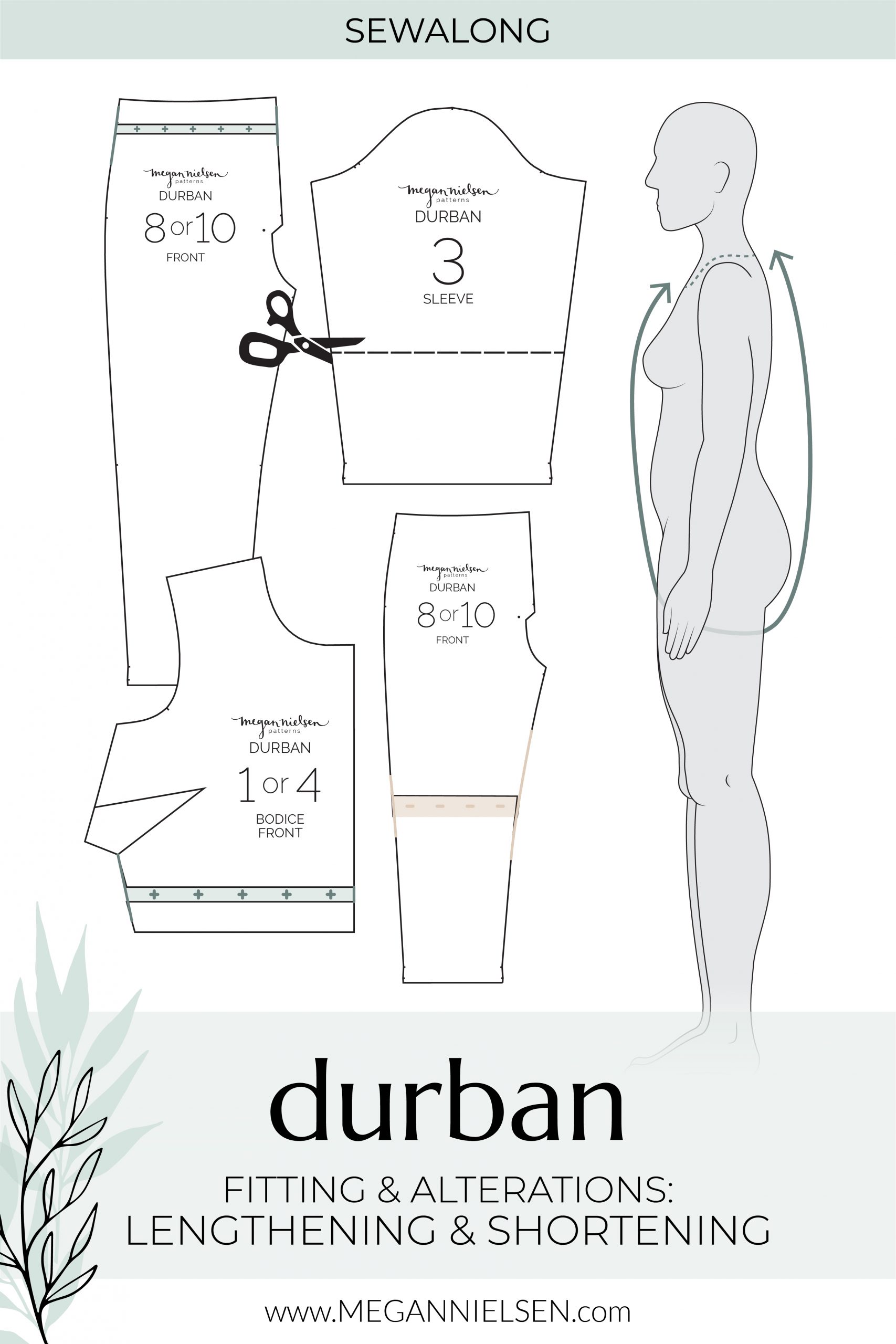 Fabulous idea for marking the darts! As for the construction, I usually stitch until about half way into the dart, then shorten my stitch length, stitch a little more and then about 1/2″ from the tip, shorten the stitch length again to a really really tiny stitch length. Makes it so you don’t have to backstitch or knot off. I think you’re methods and suggestions are fabulous too, but I’m always one to try something new, so I thought I would just throw in a tip. The blouse is going to be lovely!
Sunni

Hey Sunni! Thanks for sharing your tip! I love hearing how other people sew things – and i LOVE they way you’ve just described doing darts. I’ve honestly never heard of that method before – but i really want to try it now! xoxo

I have a basic dart question that I can’t find the answer in any of my sewing books. Were exactly is a bust dart supposed to sit? How far from the fullest part of your bust is the end of the dart supposed to be? How do you know if you need to lengthen or move a dart?

I hate it when i can’t find the answer i want easily! Anyway, a dart should point at the fullest point or apex of your bust. And in my opinion the dart apex should sit between 1″ to 1.5″ from from the bust apex. So if you continue the dart line about 1″ beyond the apex, and it isn’t hitting you pretty close to your bust apex, then you might need to alter your dart. Does that help a bit? XOXO

It helps a lot. Thanks for taking the time to answer my questions.

Guess I better decide which fabric I am going to use so I can get started!

These are some really great tips! I don’t know why, but I’ve never thought about just cutting out the dart on the paper pattern… I usually trace them onto the fabric with that colored transfer paper while being super careful to try and line them up properly, pin them, and then sew them. It’s a bit of a tedious process, but it seems to work ok. I was curious about why you aren’t “supposed” to backstitch when sewing darts either… its cool to know that it also works and thanks for the putting photos in the post showing both ways (knotted vs. backstitched darts)!

That’s the way i used to do it too!!! But then i got lazy hehehe I think your method is really great though – especially if you’re dealing with a dart that isn’t a straight line, it would certainly be the most accurate way to transfer it :)

Sometimes I use wax or chalk transfer paper. Just place those on the wrong sides of those sides and use a tracing wheel over the darts.

Most often, I tailor tack the tip and clip notches on the legs. Then, with a CURVED ruler, I use a marking pen(cil) and line ’em up! I love curving my darts because I’m a 30DDD; it’s much more flattering. Seriously, if anyone has curves, curve the dart!

The curving of my darts works with MN’s bottoms, skirts and dresses, too! And because I have a wonky boob-to-waist ratio, I’m going to rotate the Banksia dart into a curved French dart AND it’s going to be dress!

I forgot to add how I sew my darts. Oops!

So, I start at the legs and decrease stitch length as I reach the tip. Once I’m at the tip, I sew off a stitch or 2. I lift my presser foot AND needle, and then do my backstitching on the dart itself.

Now that the dart has been sewn on the garment, even a rats nest of thread won’t ruin it, as it’s on the dart intake fabric and not on the front of my garment! It’s done quite literally on that flap of fabric. They never unravel and I can backstitch my heart out!

Hi Jennifer! Those are great tips! I tend to use tailor’s tacks most often for darts too. And you are so right about a curved dart for a larger bust size, that really does make a much more flattering fit, i used to do the same thing when i was breastfeeding and had a more ample bosom hehe