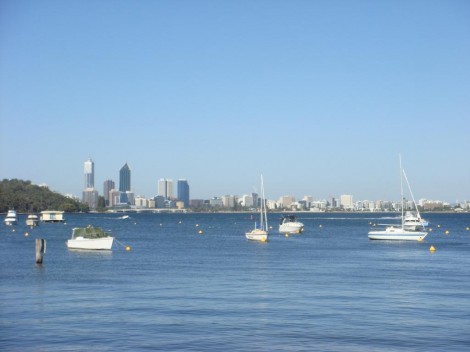 Well friends i have a big announcement to make! No i’m not pregnant hehe, but if you follow me on  twitter and have been wondering why i’ve been sounding like such a stress bucket for the last few days, here’s why:

We’re going home. After 5 wonderful, amazing, joyful, unbelievably eventful years living here in the USA, we’ve decided to move back to Perth to be closer to our families.

It’s been a hard decision. A really hard one. Also kind of a scary one. I won’t lie. One we agonized over. and over and over. As much as we’ve always called Australia “home”, America is where we built our life together, where we started our family and where we followed our dreams. We have been so so blessed here. I’m a mixed bag of emotions right now – flipping between sadness that we are leaving our friends and a place we love, and incredible joy that we will soon be home.  In perfect honesty, I think it would always be better for us financially and career wise to stay in the states – but our families aren’t here, and for that reason I think we were always going to come home at some point. This is a little sooner than we’d planned – but we’ve reached that stage where it’s just too heartbreaking to be so far from them. We’ve realised how unbelievably important it is for our kids to have their grandparents involved in their lives in a bigger way. Instead of once or twice year – after which they look out the window for days asking where they’ve gone, and why they can’t see them. I haven’t seen my brother in 5 years (he’s in the army), and he has never met my kids.  It’s something I don’t talk about much, because to be honest, it’s too heartbreaking. We’ve always believed in putting family first, and this is one of those situations where it’s most real for us.

So right now we’re a little hectic over here. We move in a few weeks, and with the thought of an international move ahead of me, I admit I feel a little panicked. I wish I could have told you all sooner, but I didn’t know sooner. I like to have everything perfectly planned and mapped out ahead of me, and that’s kind of impossible right now. But I’m trusting that as always, God has this planned – just like when we spontaneously came to the US, everything will turn out the way it should.

So that’s whats going on with me! It’s all kind of blowing my mind it’s happening so fast, but every time i get overwhelmed (which is every 5 minutes) i just keep focusing on the moment someday soon, when Bunny asks if she can go see her grandparents, as she constantly does, and I can finally say yes. Lets go. This afternoon. The thought of that makes me want to cry with joy!

(ps. did i mention the weather? because you know that’s gonna be awesome hehe) 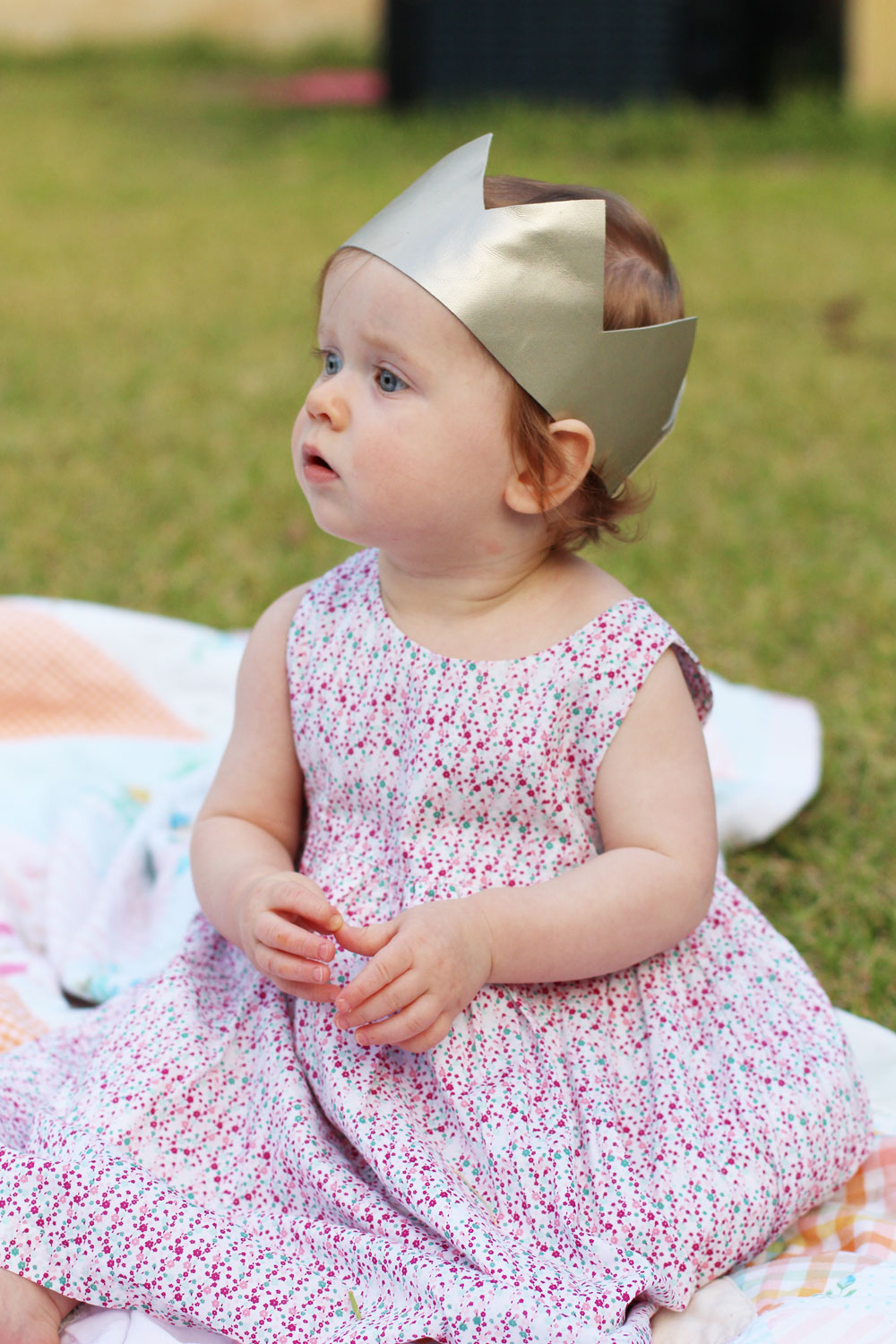 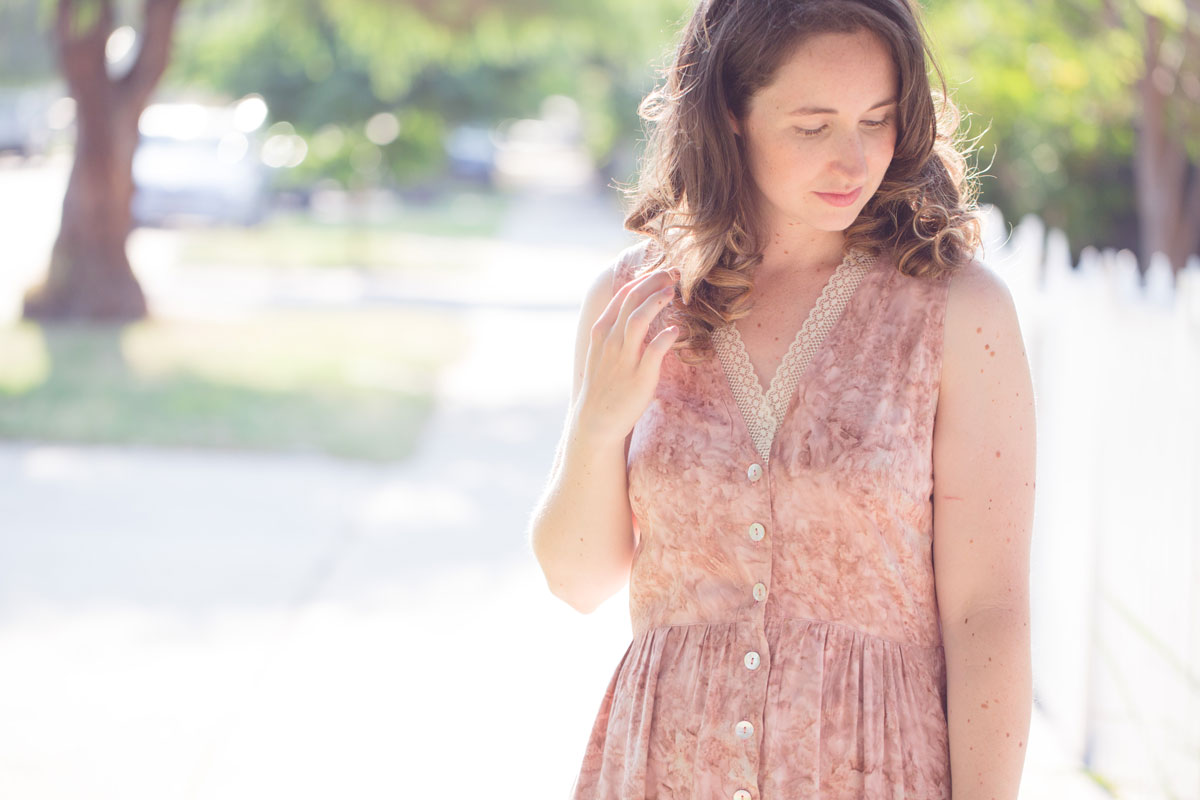 What wonderful news – congratulations! Good luck with the move.

Ooh, congratulations! I can really sense the happiness from your post! Good luck with everything!

so incredible!!!! i love what you said about bunny getting to see her grandparents. that’s pretty priceless :) and i’m so so so glad i got to meet you in texas. because now i can be really happy for you!!!!!! hope all the packing and the moving and the goodbyes go smoothly.

wow, that is crazy news. i am so excited for you guys. it seems like this is one of those decisions that will be hard, but you will never regret. best of luck and I can’t wait to see what kind of twist your business takes from Australia.

That’s great for you! It made me tear up a little, because all of Milo and Eliot’s grandparents are across the country, and we don’t get to see them very often, either! I don’t know how long we’ll last far far away. Way to make the important things come first.

And now I REALLY need to drive out to meet you for lunch in the next week or two!

Awww, good luck with the big move, Meg! Deep breaths. I’m happy for you and your kids. :) And as the only Australian person I “know” (other than the MasterChef contestants I am obsessed with), I really look forward to a peek into your Aussie life!

Sad to “lose” you, but so, so happy for you…imagining you feel like the weight of the world has been lifted off of your shoulders. You know where to find me if you want to talk about how stressful an international move is…wishing you the best doll xoxo

Megan, I am so so happy for you! And sad for me, of course, but I’m beyond grateful I’ve had the chance to meet you in person because you’re such a genuine, fun and beautiful person who has some amazing design skills! Sisters in the states will miss you, but I can’t imagine being away that far away from family that long. If I’m ever in Australia, you know I’ll find you! :)

Oh yay, I’m so happy for you, and I bet your family in Perth is thrilled. I’m sure you all have made the right choice, and it’s probably easier to do it sooner rather than later since your kids are still relatively young (I got REAL cranky as a grade-schooler when my parents considered moving long-distance). Good luck!!

Ooh Megan that’s such exciting news! Congratulations on making such a momentous decision. Wishing you lots of happiness xx

But I haven’t met you yet! In all honesty though, it’s amazing that ou get the chance to move back! Know that we’re all praying for safe travels and a wonderful future!!

So happy for you!

So happy for you but sad for me!! Must see you before you go! xoxoxo

Even though I’m sad you’re leaving, I’m so happy for you to be back with family soon. You’ll all be in my prayers for this transition, especially over the next few months.

I’m looking forward to having someone on the far side of the world to visit one of these days!

I know you will make your new place feel like home so quickly and having family so close by will help. I’m excited to see/hear/read about the next big step in your life!
Cheers Meg!
xoxo

I’m so sad that you are going to be moving back to Australia before we ever had a chance to meet (and considering how small Warrenton is, that’s kind of incredible :))! Having a sister who lives there now (in Australia), I totally get the desire and want to have your family nearby – I often can’t think too much about how far she is! I actually get to go to Australia this summer to visit her and her husband, but they live on the opposite coast of Perth, up in Cairns.

What a crazy, exciting step in your journey and how wonderful that you will get to live near your family!!

How wonderful for you. Very sad that it means I will probably never met you in person. Best of luck in your move! I’m very happy for you!

Good luck on the big move! My Mum made the same decision when we lived in England, but once it was made everything just went so smoothly and my brothers and I have since found husbands/wives over here in Australia and Mum has also remarried to someone over here, so sometimes things are just meant to be.

Treasure every moment with your parents. My father has passed away and my mother is has end stage Alzheimers so my children have a few precious memories of my parents. Go out and enjoy making happy memories. Xx.

[…] a side note: Thanks so much for all of the encouragement yesterday. Everyones comments, emails and tweets were so heartening! It’s a stressful time, but also an […]

Oh wow! Wishing you every luck for the move

What exciting news for you all!! I’m have to admit I’m a bit sad we never could meet up, but I do hope the next few weeks go smoothly as your prepare to make the big move back to Perth! :)

Good luck! Family trumps everything…You’re doing the right thing, but the US will miss you. Thanks to the internet, we’ll (hopefully) keep up with what’s happening!

Thanks Ingrid! I’m going to miss the US too – but glad we can all still stay in contact with the internet!

I can only imagine what a big decision this has been for you guys! Moving interstate was a big one for us, but well done on putting family before all else… good luck with all your planning!

Thanks sweetie!! It really has been huge – but i am truly excited – i can’t wait to be back home. We’ve missed Australia so much! (how cool we’ll be on the same continent now, right?) xoxo

I am going to miss you so much! Have a safe journey back! Remember to BREATHE Meg, breathe! Everything will be awesome!

Thanks Justine! You are always so sweet!! (and taking deep breathes right now !) xoxo

Wow. So exciting! Can’t wait to see your new home back in Perth! I know you will enjoy being close to family!

Thanks so much Megan!! XOXO

Hi Megan!
I just found your blog after seeing your sewing patterns popping up everywhere.. I was so surprised to find out that you are Australian too!

We moved to Perth last year to be close to my husbands family (from Sydney) and it really is the best place to bring up little ones.. I am certain that you and your kids are going to be so happy you made the move back.. I know that we are!

Can’t wait to get my hands on some of your sewing patterns!
x

Kate! Thank you so much for your comment – it’s really so heartening to me to hear stories of people who’ve moved closer to family and are happy about the decision!

Meanwhile, how cool you are a Perthy now too! yay!

Hello! I’m a Perth girl too! Good luck with your move back – and be prepared, because the city skyline is now dominated by a huge milk carton of a building!

Hehehe oh my gosh that sounds hilarious! You know i’m going to be looking out for that the second i’m in the CBD. (But I am kind of sad my skyline has changed :( )

[…] all, as you probably remember from last week – my family and I are moving to Australia this coming month – so i thought it might be […]

How lucky you are to go back to your family!!! and I know exactly how you feel!!! I’m a Kiwi and have been in France for nearly 15 years now, due to family-in-law committments for 8 years and now for my girls’ education committments. NZ is so far away and costly to go back to too often, in terms of time and financially!
Happy moving back home to you.