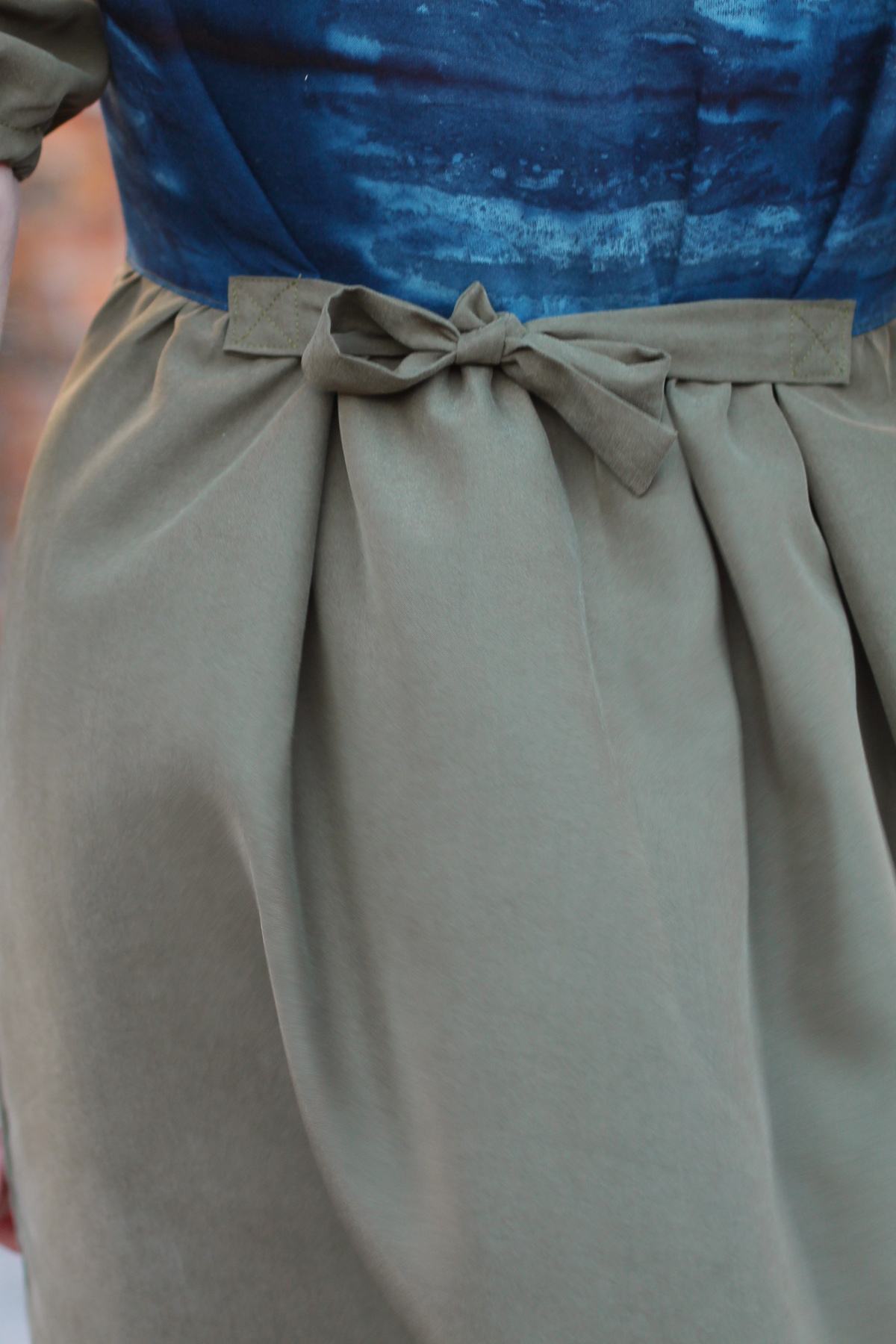 We are so close to being finished with our dresses!! Today we’ll be working on the ties – but since I’ve noticed some people are leaving off the ties in favour of belting their dresses – I thought, let’s also throw in a beltloop tutorial! So, it’s time to sew the ties & belt loops. Yay!

P.S. Sorry for the different-looking colours in the photos. It’s the same fabric. But I swear it’s a chameleon, changing with every picture I took hehe. 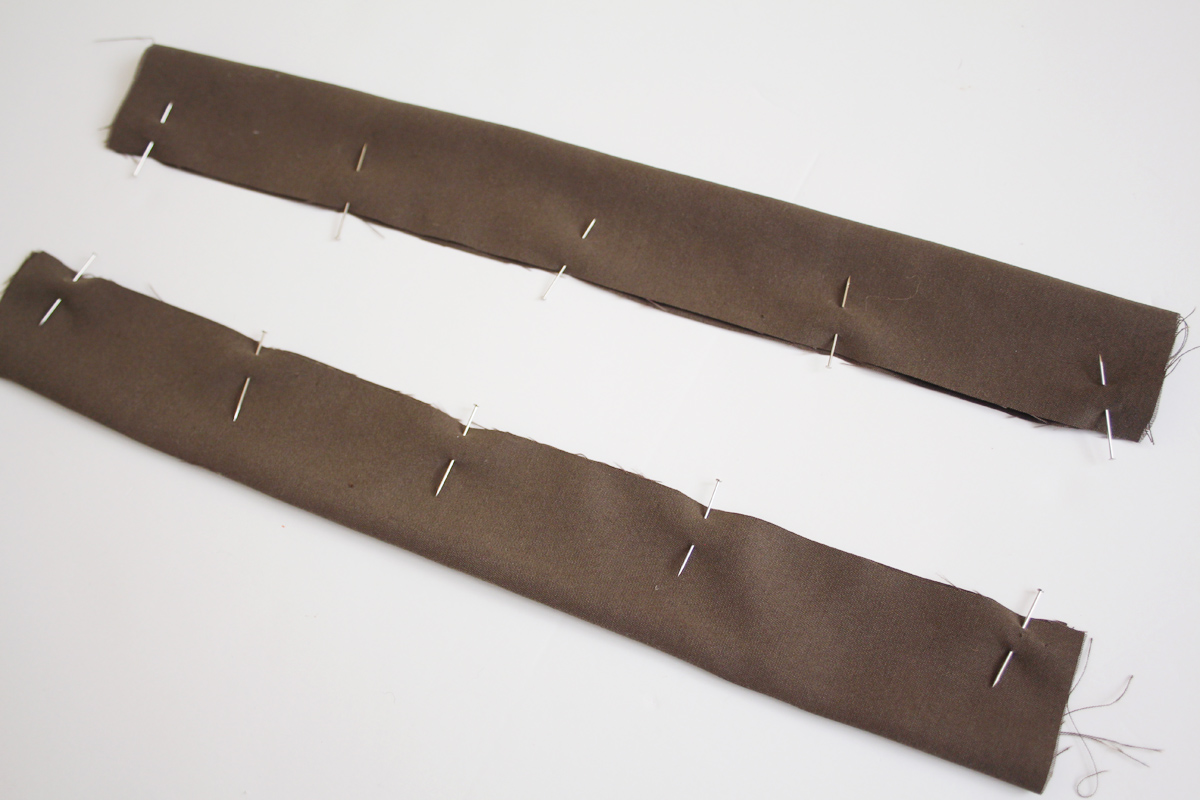 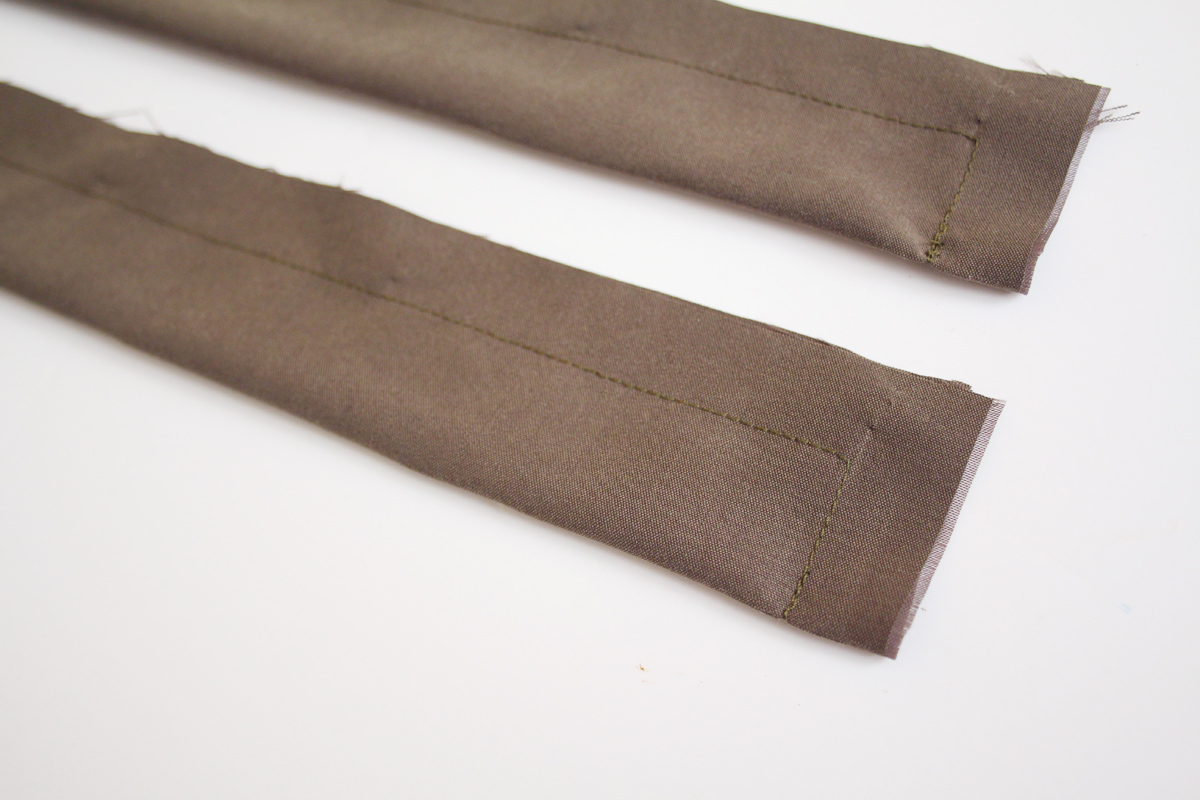 Fold your ties in half, width ways, with the right sides facing each other. Sew 5/8″ from the raw edge down one short end and then the long end. 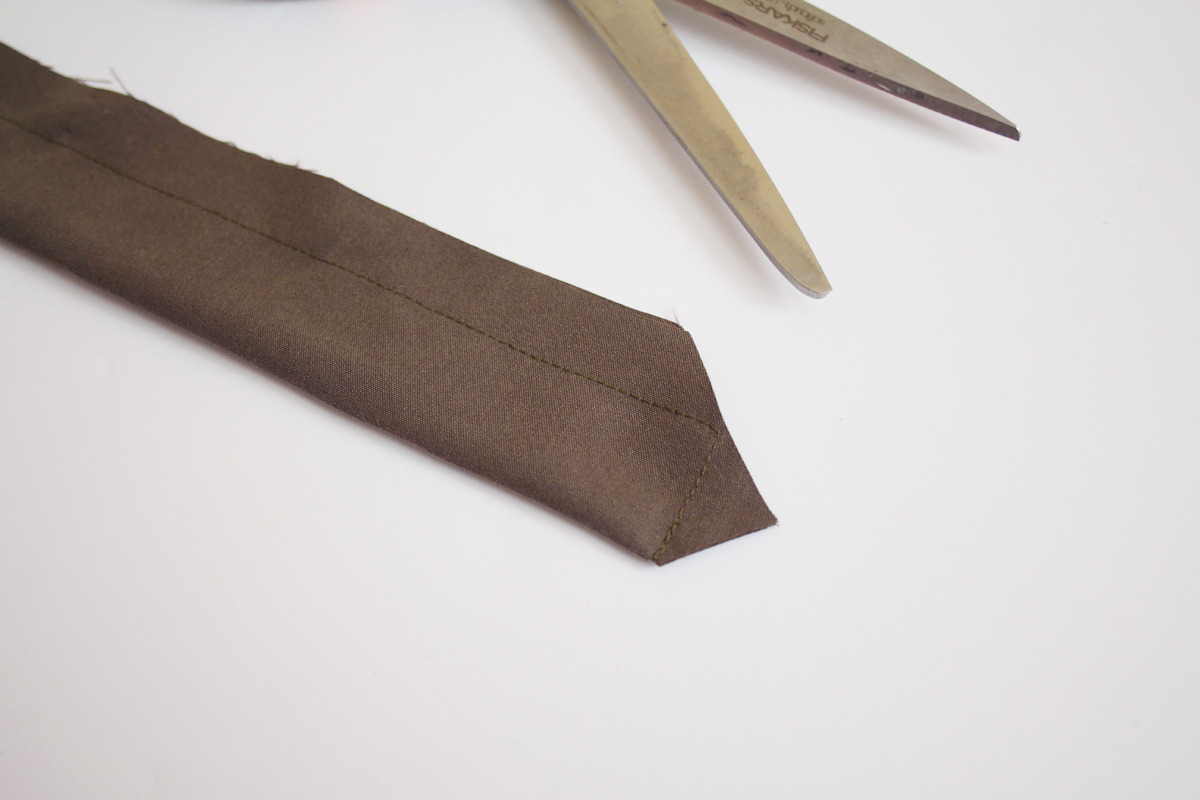 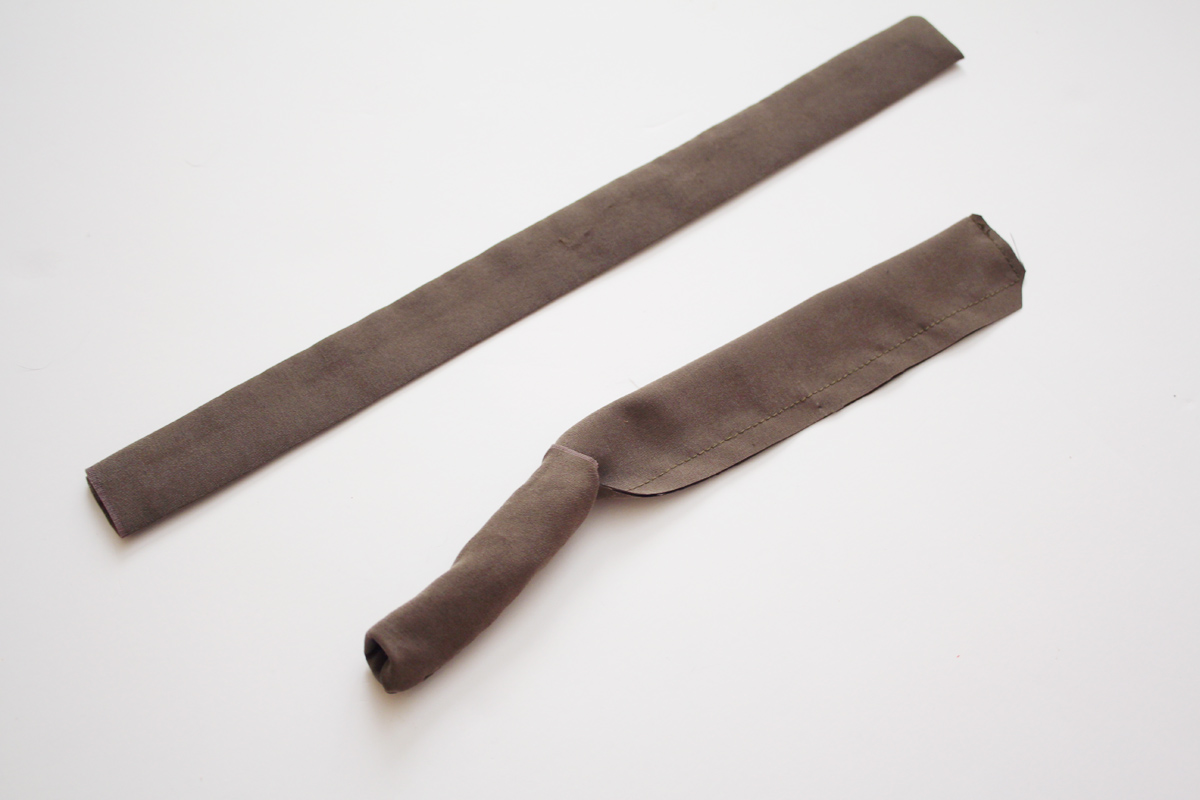 Turn your tie the right way round (you can use a pointing tool, or chopstick, or something like that, but be careful with scissors and knitting needles as you don’t want to push a hole through!) 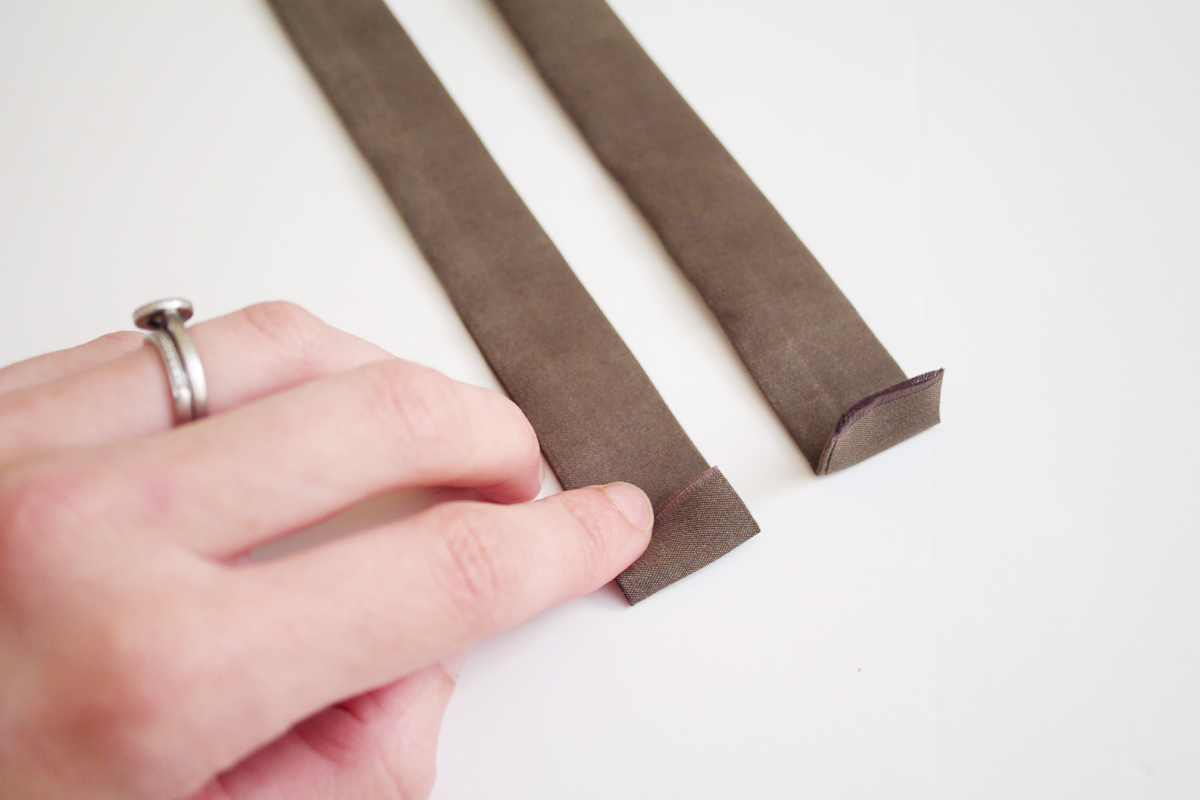 On the unfinished edge fold under 1/4″ (or more if you like) and press. 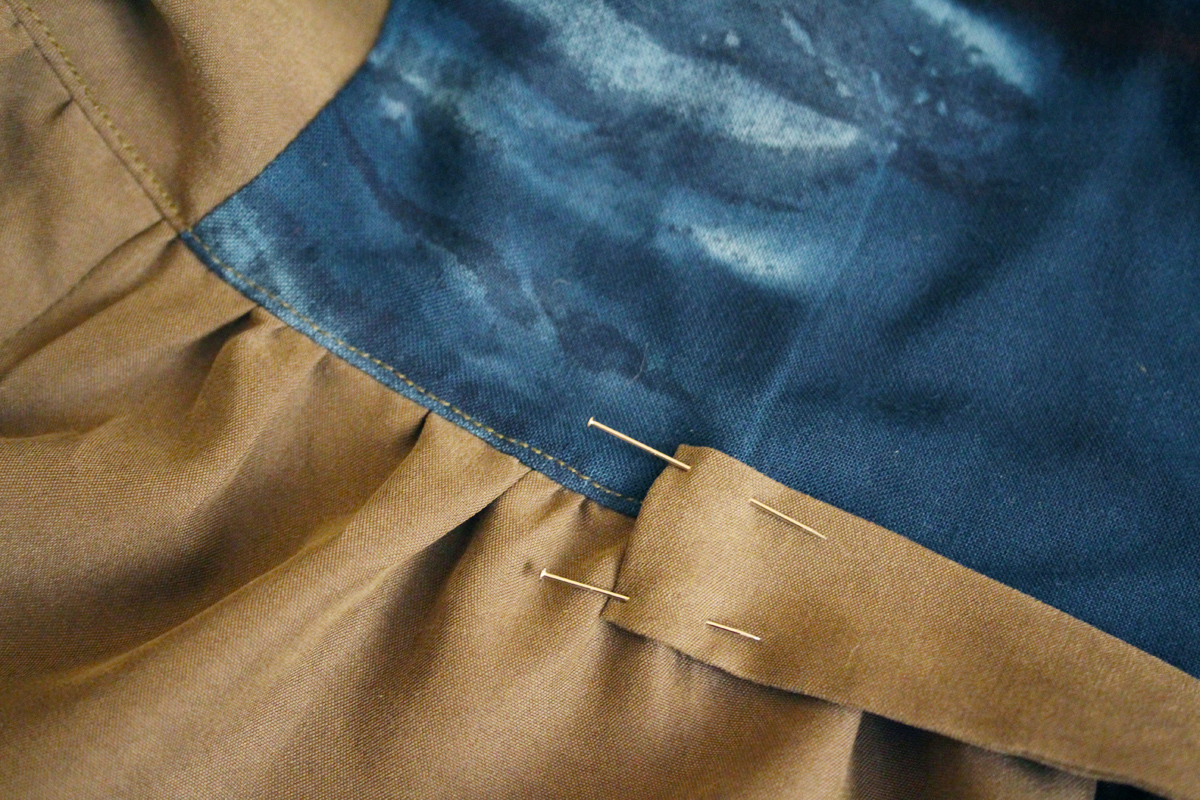 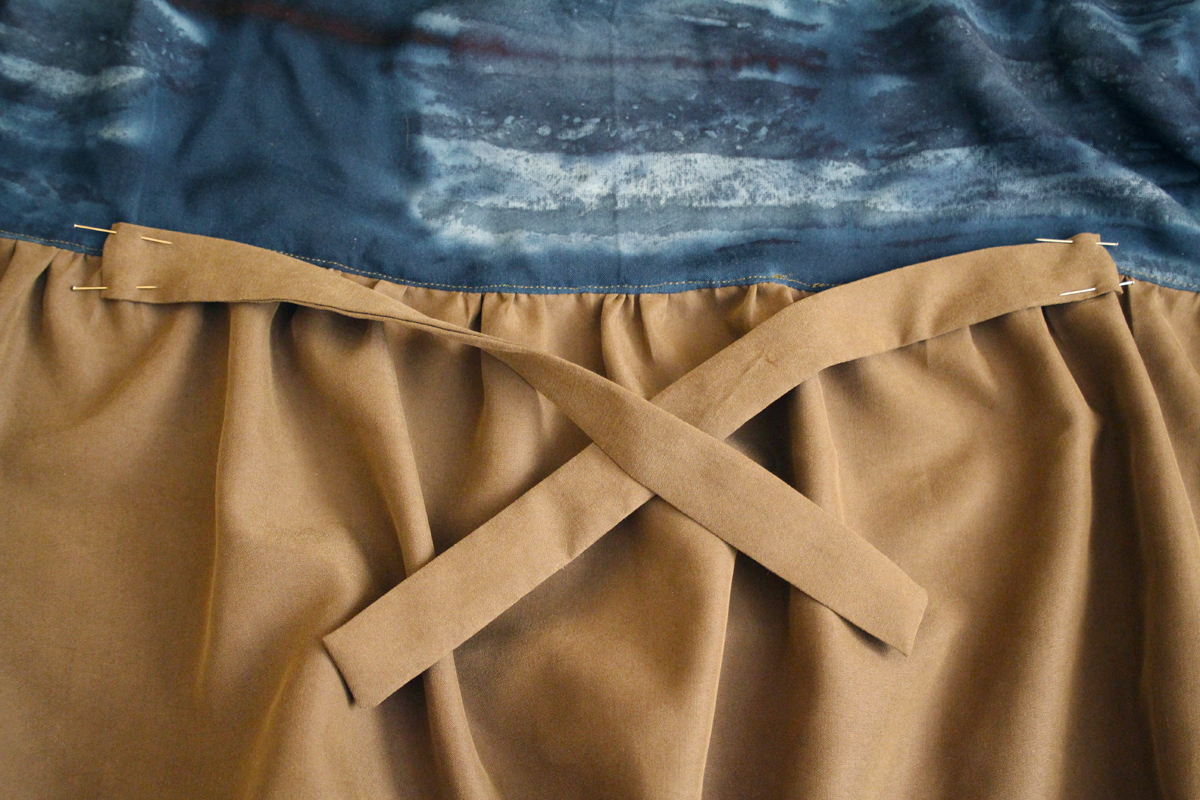 Now place your ties on the back of the dress so that your folded edge is facing downwards, and so that the ties sit at the points indicated on the pattern. They should sit right over the waistline seam, but you can place them higher if you like.

Sew in place – I like to cross it too! And you’re done!

We’re actually going to be doing something really similar for the belt loops! Now, it’s really up to you how many you make and how wide the opening is – but for me, I wanted it to be wide so I could use lots of different width belts, also I chose to do three loops – one at each side seam and one in the centre back.

Again, this is optional if you decide you don’t want to do the tie. 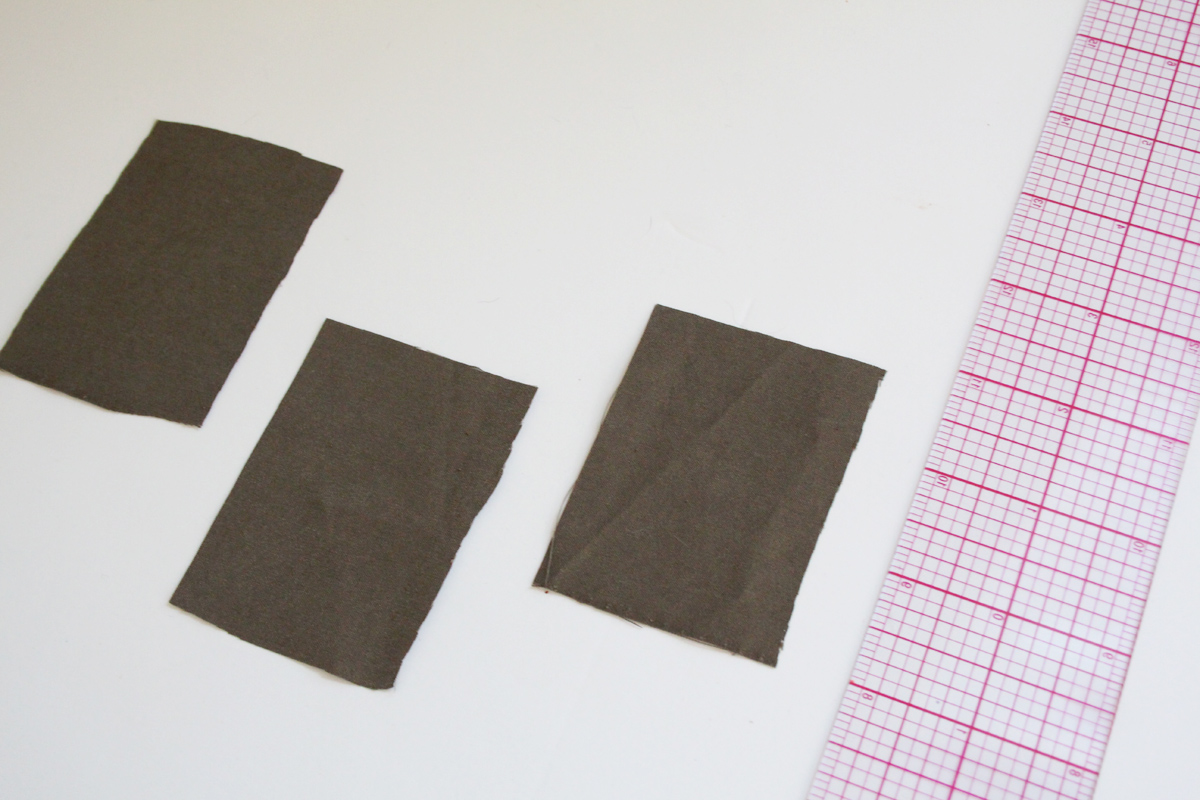 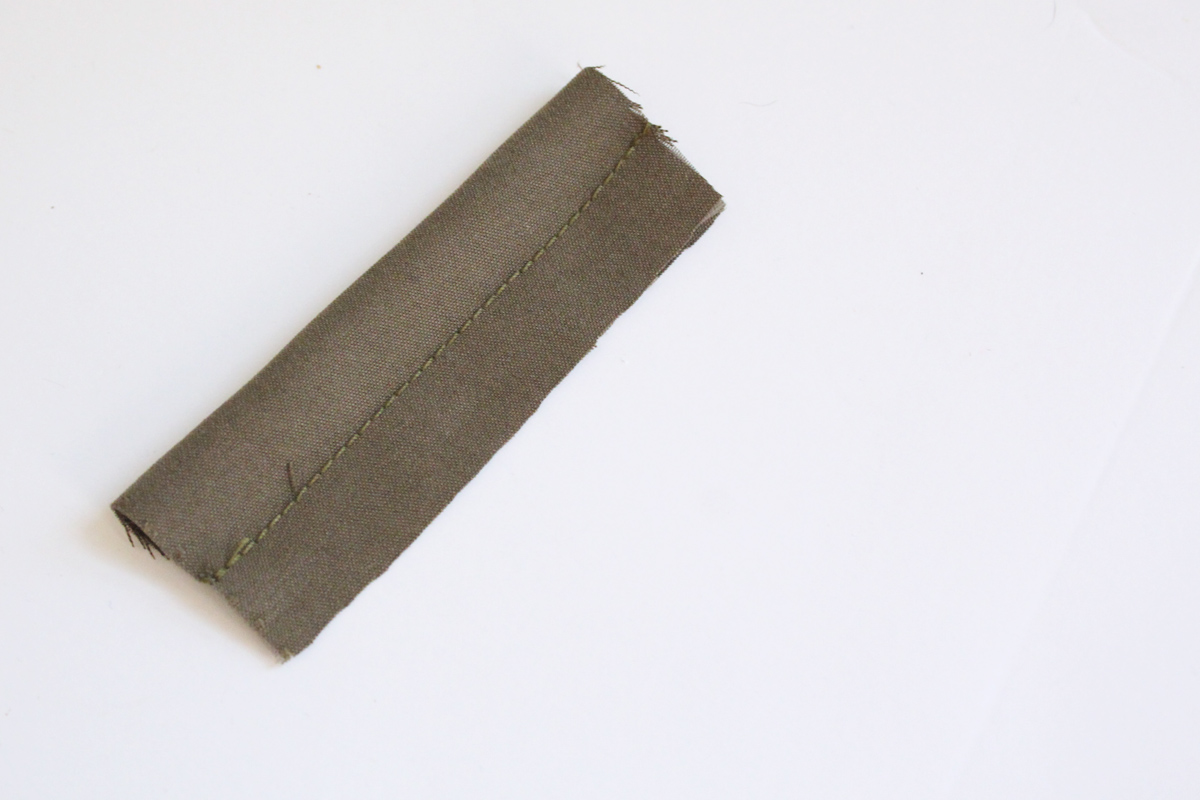 Fold in half with right sides facing each other and sew 1/2″ from the raw edge along the long edge. 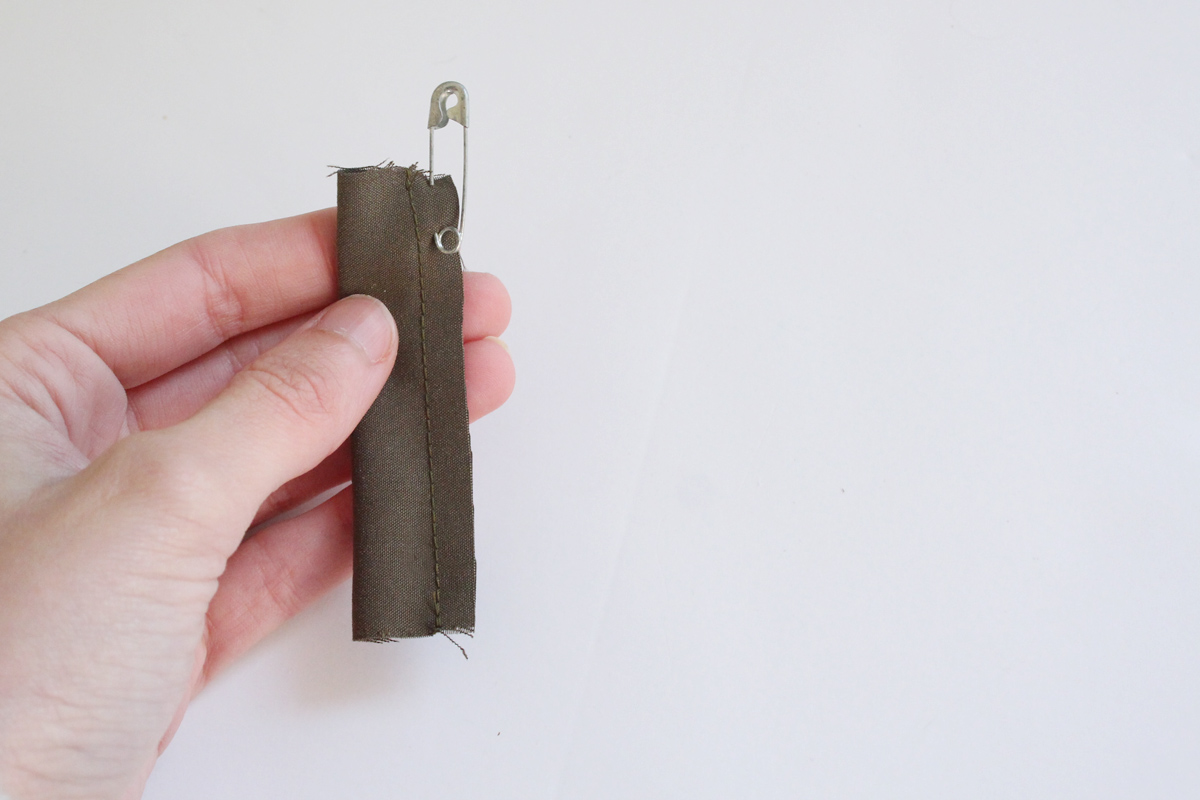 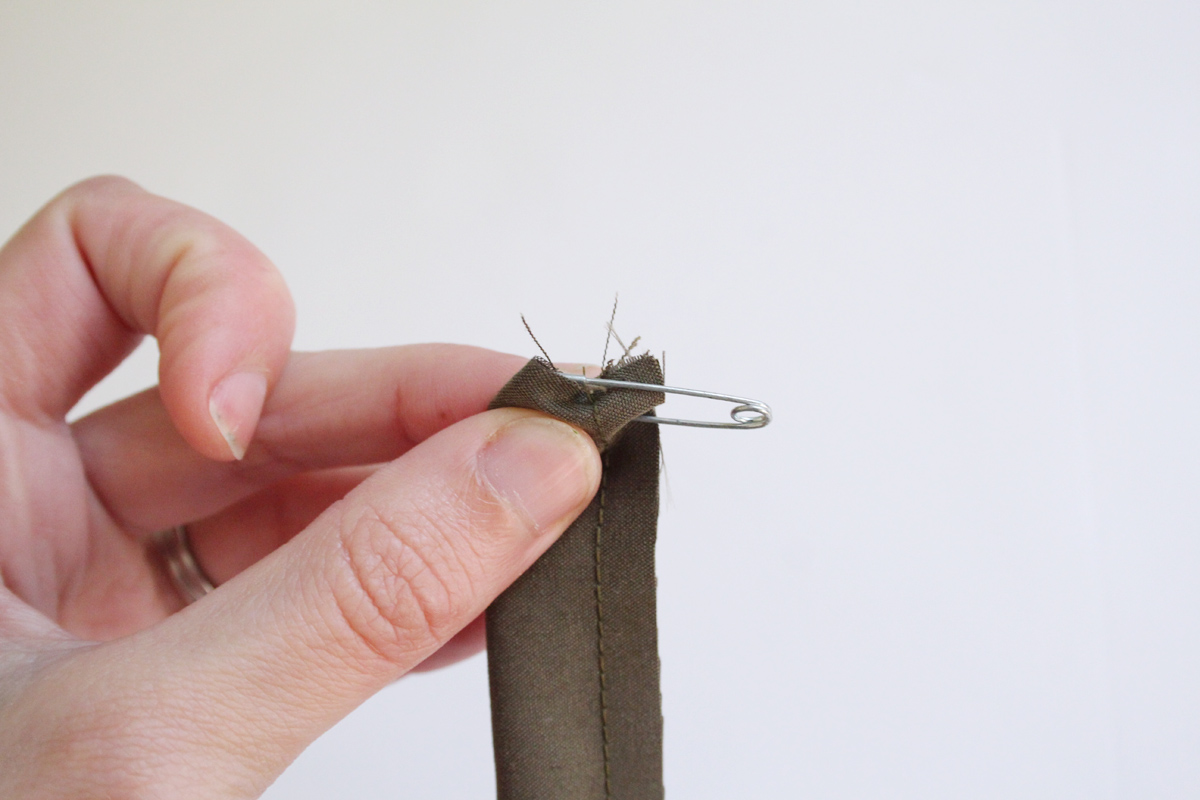 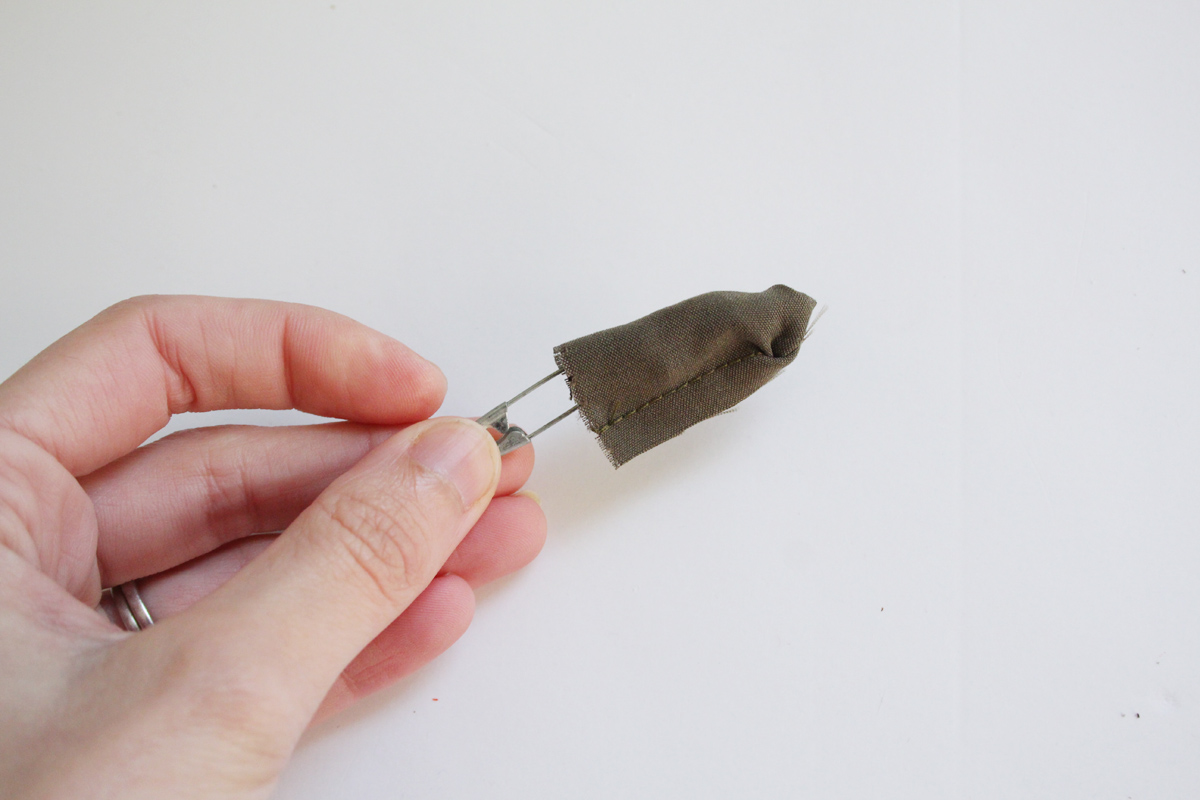 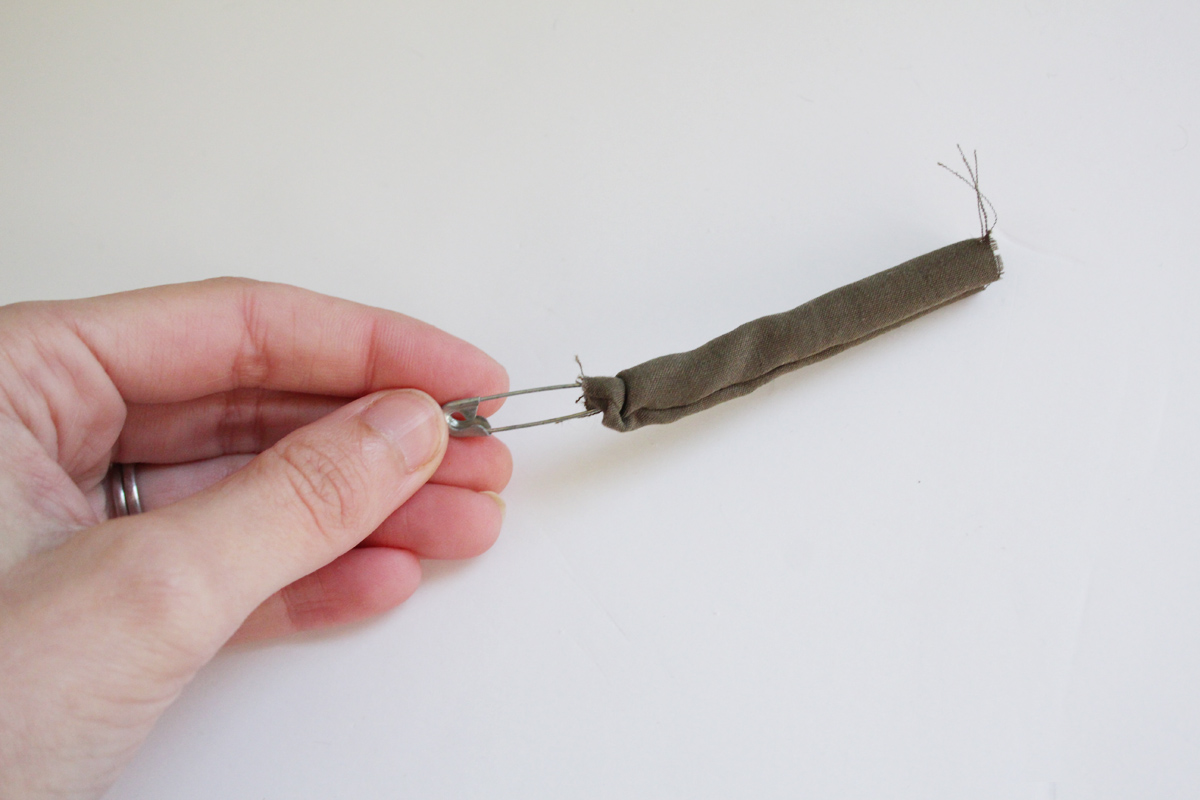 Turn them the right way round and press. I did this by attaching a safety pin and pushing it through the opening till I reached the other side. 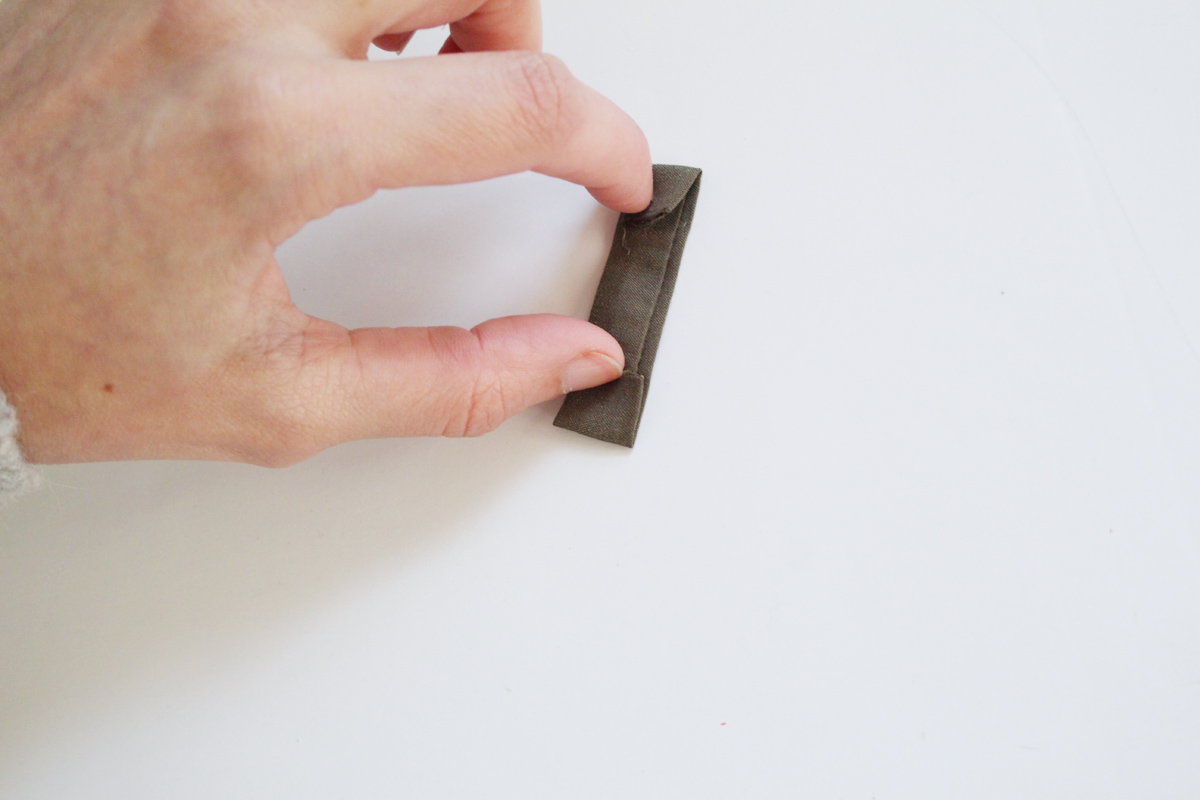 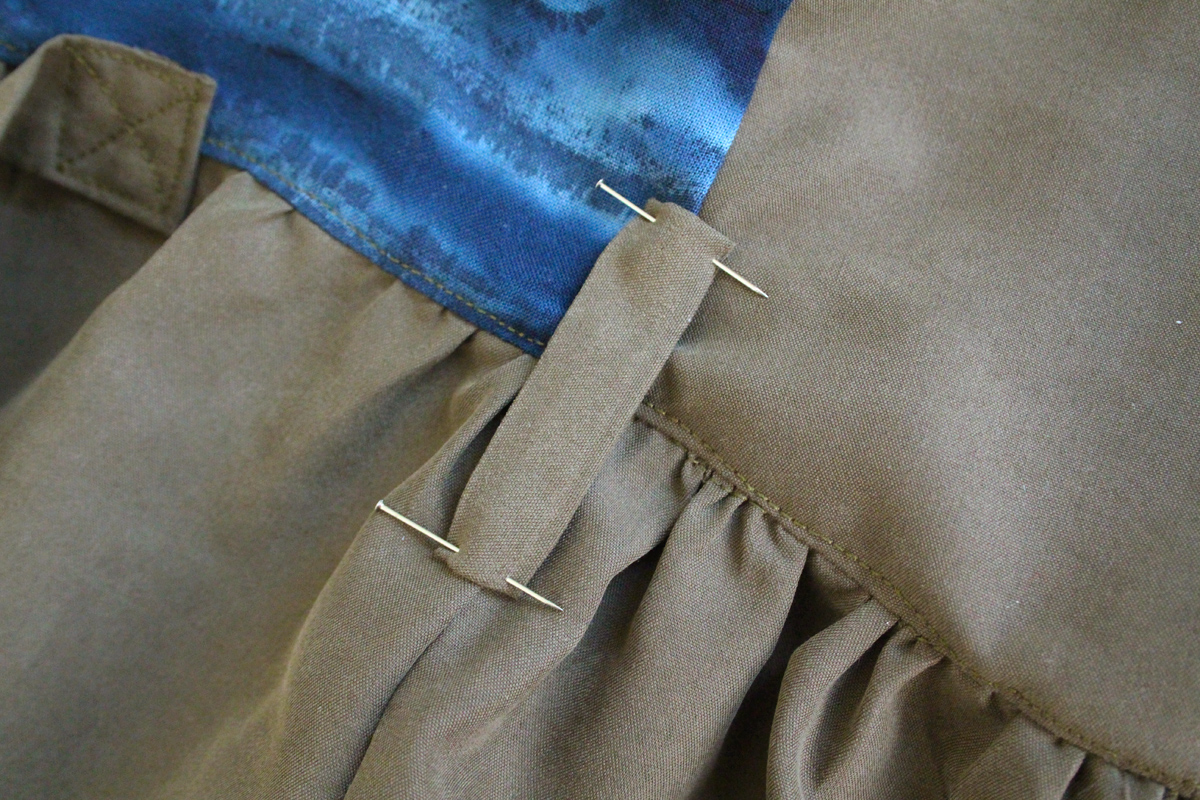 Place your belt loops where you want them to go and sew along the folded edges. Trip the excess fabric under the belt loop.

We absolutely love seeing what you make, so don’t forget to tag your creations with #MNdarlingranges and @megannielsenpatterns if sharing on social media.

Don’t have the pattern yet? 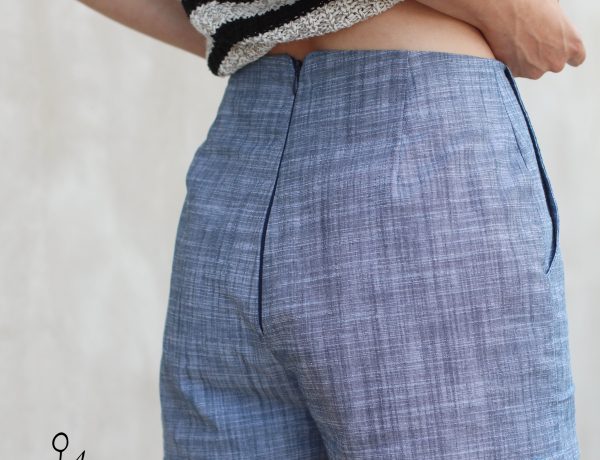 Harper Sewalong // How to sew the zipper and center seams 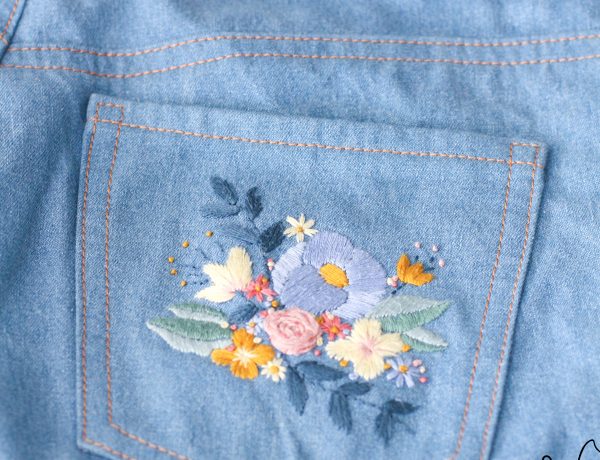 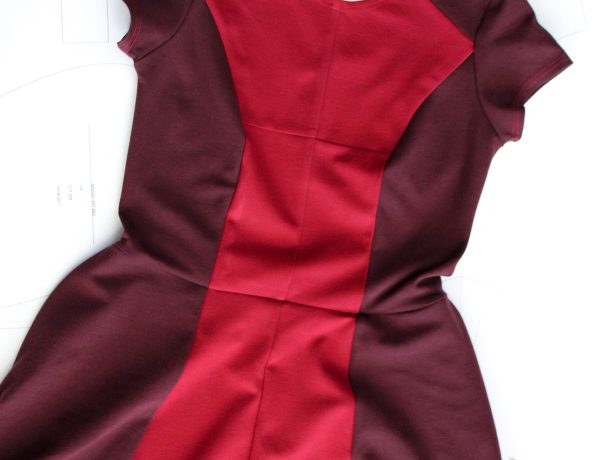 Tips for sewing the Karri dress in knit fabric

As Seen On: Paunnet