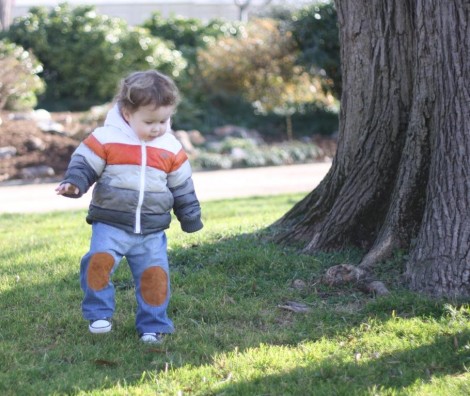 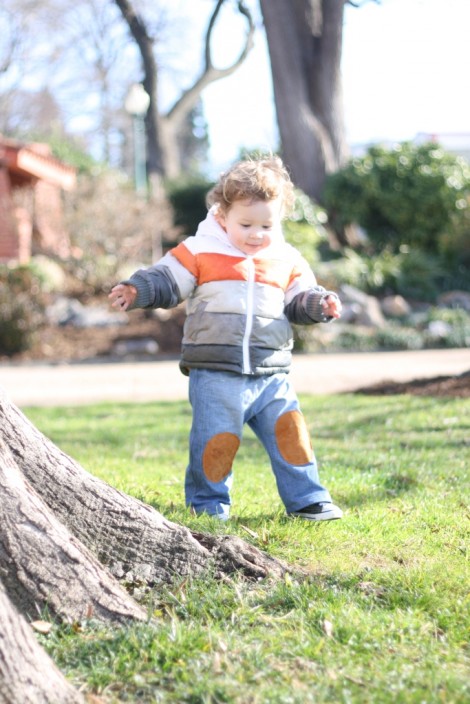 Buddy has been out of pants recently. Or rather, he’s so messy (oh boys) that he’s always running out of pants. So since i’ve been perfecting/testing my kid patterns, i decided to whip him up a few pairs. As i was making them I asked Chris for his opinion, and he said i should add leather knee patches because then he’d be a hipster… could not stop laughing. The denim is actually from an old pair of Chris’ jeans, and the leather is from Michaels crafts (i won’t be buying it there again though, because the price seems kinda high for how small the pieces i got were).

So there you are – little Buddy has hipster pants, and Chris apparently has opinions on fashion hehehe. I will now go add leather knee patches to all Bud’s pants, because well, these pants are killing me with their adorableness!!

Also, turns out leather patches come in quite handy if you are prone to trying to climb random trees, rolling around in the dirt, and crawling on wet grass. Good to know hehhehe. 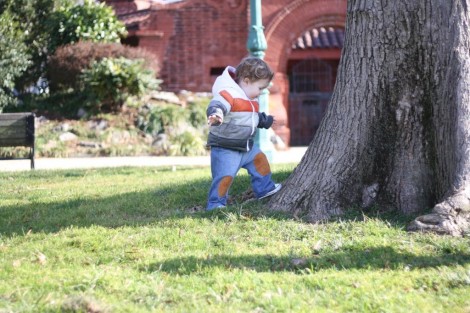 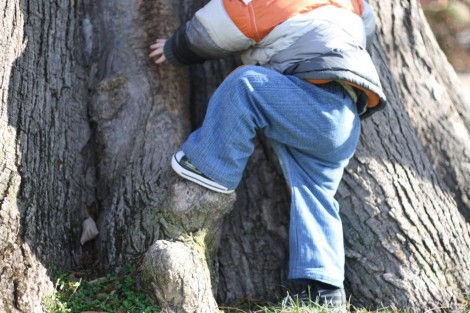 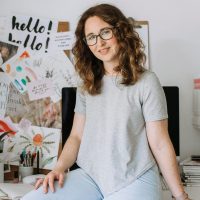 We love connecting with you and strive to create a positive and encouraging creative space. All comments are moderated and any rude, offensive, aggressive or critical comments will be removed.

Sharon in the UK

Aaw I am loving the idea of these pants and Buddy looks so cute. If leather is too expensive, how about using denim or heavy cotton for the patches?

Keep the ideas coming though – I love reading your blog xx

So cute! And as you said, practical! I think I busted the knees of every pair of pants I owned as a kid in some way or another.

Ahhh! Those are so precious :-)

These are so totally adorable! And so practical for a toddler too – love it :)

Annie
The Other Side of Gray

[…] want them to look too juvenile (like the patches i’ve put on my kiddos pants, see here, here and […]